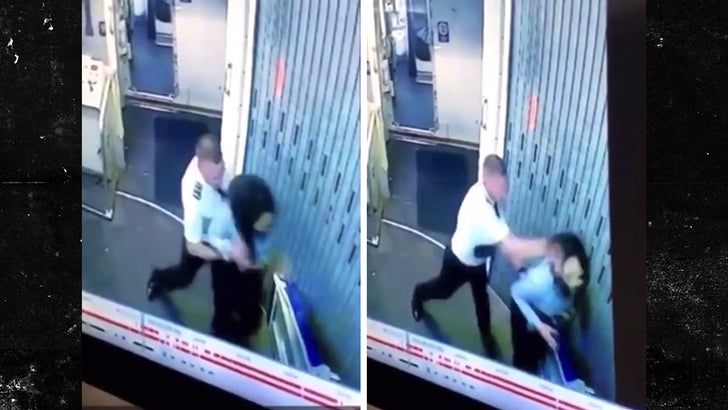 Two airline employees — a woman and a man — got into an ugly brawl with slaps, punches and spitting, allegedly, involved … and it was all captured on surveillance video.

The video from inside the jetway — and just outside the door of a Republic Airways plane — shows a female staffer walking briskly toward the jet as the male employee walks off the jet. There’s an immediate confrontation that appears to start with the man spitting in the woman’s direction.

The incident, which allegedly went down on Sept. 14 in Denver, quickly escalated with the woman slapping the man’s face. He then responded with 2 brutal punches — one to her body and one to the head — slamming her up against the wall of the jetway.

The male employee, who might be a flight attendant or pilot based on his uniform, then walked back onto the regional Republic Airways flight. FlyerTalk first posted the video.

As of now, it’s unclear what precipitated the fight — however, TMZ has confirmed both employees were fired.