Matt James’ Bachelor season is well under way, and with it there have already been plenty of plot twists, even for the ever-changing reality show. Filmed exclusively at the Nemacolin Woodlands Resort in Pennsylvania due to the coronavirus pandemic and adding new contestants mid-season, fans are hanging tight as the producers mix things up left and right. The biggest twist yet, however, is a past contestant making a surprise appearance. In case you need a recap, here’s what happened to Heather Martin on Colton’s Bachelor season.

Fans first met Heather back in in 2019 when she was introduced to Colton Underwood as the contestant who had ~never been kissed.~ The then-23-year-old from San Diego, California was a self-described thrill-seeker who enjoyed all kinds of activities that gets the blood pumping like bungee jumping, skydiving, and river-rafting. Despite her daring nature, when she joined the cast of Colton’s season looking for a hubby, Heather actually still hadn’t had her first kiss.

Despite how dramatic it seemed, Heather explained on the show she hadn’t planned to go so long without a smooch. Though she dated in the past (and even had a long-term relationship for about eight months), it just… never happened for her. 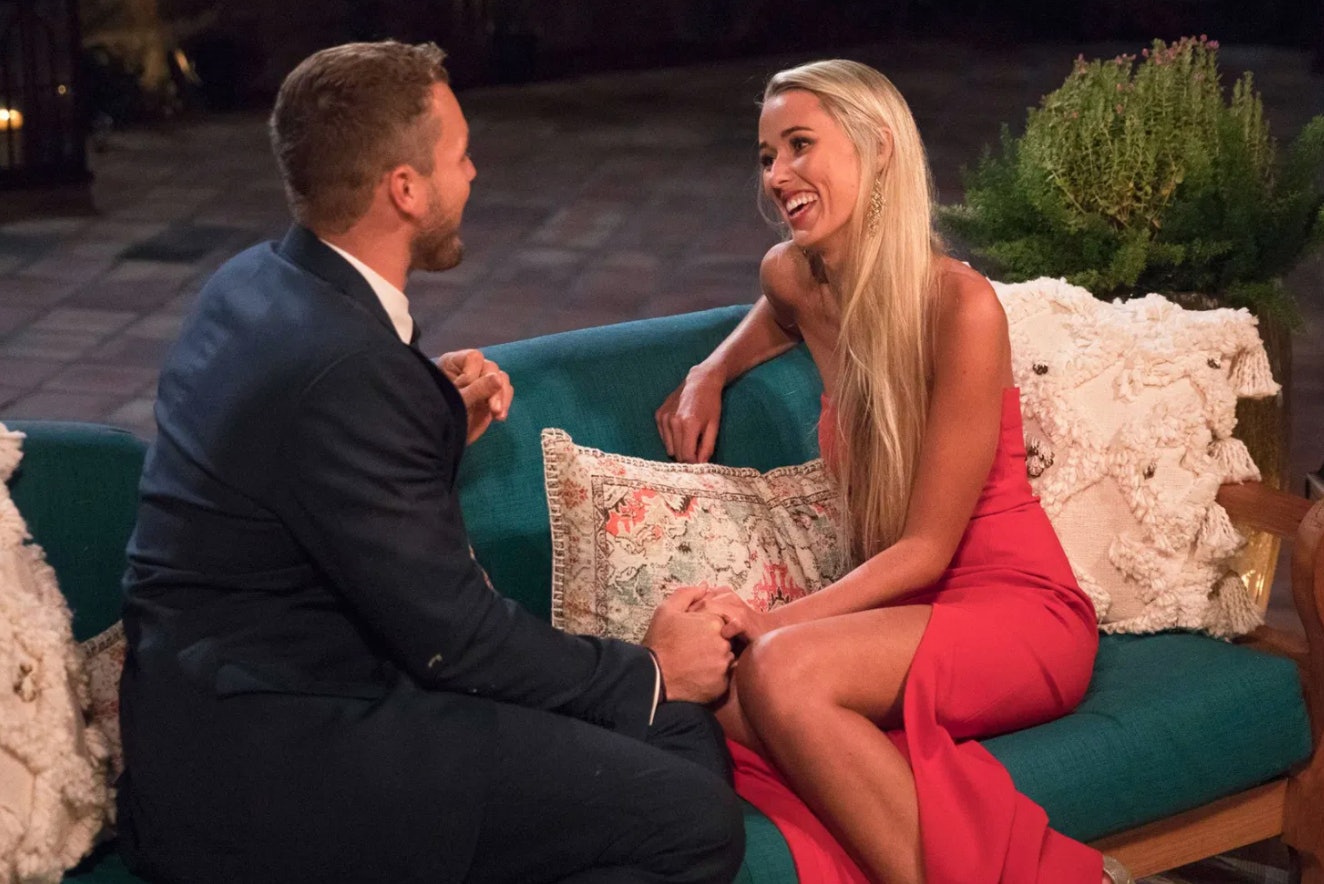 After explaining her stance on the kissing matter — and giving Colton the green light — Heather had her first ever kiss with the Bachelor during their Feb. 4 date. Despite the literal fireworks that went off after their makeout, the pair didn’t end up together. During Week 7, just two episodes later, Heather self-eliminated because she didn’t feel ready for Colton to meet her family during hometowns.

If you recall, Colton was highlighted throughout his entire season for being a virgin, so the couple’s pairing made sense, for television, at least. After appearing in promos for Matt James’ season, it looks like Heather has moved on and now has her eyes on another Bachelor. Here’s hoping she finds her happily ever after (or at least second kiss) with someone truly special — franchise lead or not.