Fans were overjoyed when they learned that Bravo would be rebooting its short-lived, but much beloved “Real Housewives of Miami” for NBC’s streaming service, Peacock. Now we just have to be patient as we wait to hear more news about a release date, how many episodes, and of course, who will be in the cast. But let’s be honest, patience has never exactly been our strong suit.

Andy Cohen has said that “Miami” was canceled because ratings took a serious nosedive after Mama Elsa left the show. “The reason that we let it go was, I remember the ratings went down toward the end of the season,” he said via Instagram Stories (per Reality Blurb). “Which never happens. Like it went down for the reunion, and if it’s going down toward the end that’s just never a good sign.”

Ratings may have been low back in 2013, but there has clearly been enough fan support in the years since to bring it back. So will the new season pick up with the OG cast from earlier seasons? Will there be a whole new crop of women? Will Wendy Williams be a part of the cast? (She’s offered.) Here’s what we know.

New Miami Housewives have been spotted hanging out 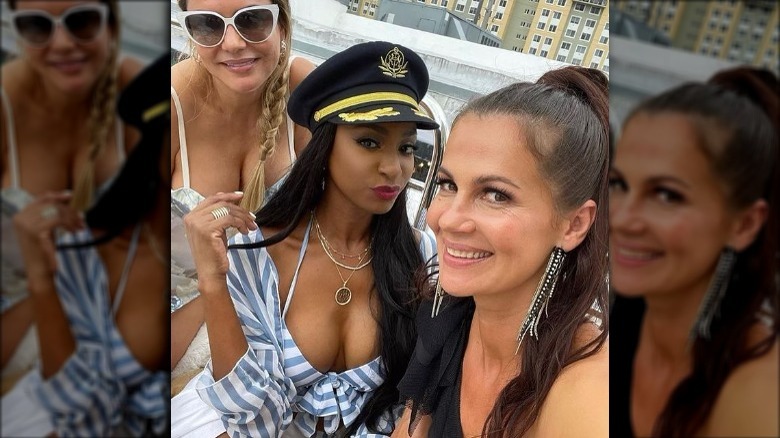 While the cast has not been officially confirmed by the network or Andy Cohen, Page Six spotted the show filming during Larsa Pippen’s birthday party at Miami hotspot Kiki on the River, with some familiar faces and some newbies. According to an insider, returning “Real Housewives” Alexia Echevarria, Marysol Patton, and Adriana de Moura were accompanied by rumored newcomers, including former Miss Haiti Kiki Barth, former Miss USSR Julia Lemigova, event designer and influencer Guerdy Abraira, and Dr. Nicole Martin.

We’re definitely disappointed not to see Wendy Williams among those listed, but we suppose we’ll get over it, especially considering how impressive this lineup looks. These newbies have also been spotted out and about together and with some of the OG Wives elsewhere as well. Julia recently posted a photo with Adriana and Guerdy to her Instagram, and Guerdy commented, “A good time was had by all.” Much of the cast was also photographed at Julia’s wife, artist Martina Navratilova’s, first Miami solo art exhibition, according to World Eye.

So, we’re getting a diverse cast of gorgeous, ridiculously accomplished women for this reboot? Yes. Please.