James Rhodes knows that life. Although Marvel first introduced the character in Iron Man, the current iteration, as played by Don Cheadle, arrived in the second installment of the series. He’s the perfect right-hand man for Tony Stark, cautious where Stark is brass, a rule-following soldier instead of a maverick. Like Falcon, Rhodes is also thoroughly second banana in the Iron Man films. His War Machine suit, after all, is Iron Man’s reconfigured hand-me-down. 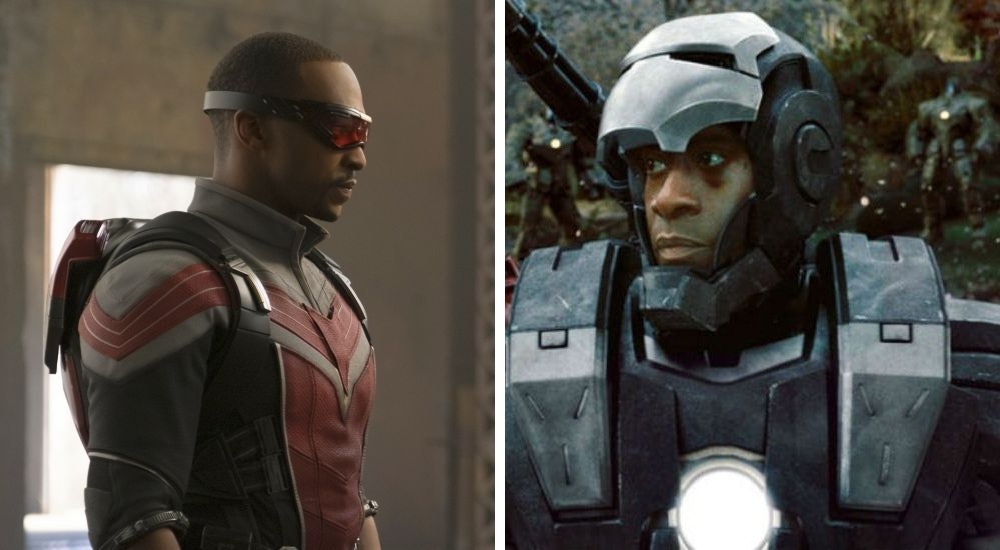 These two have been through a lot by following their respective friends to battle and wound up on opposing sides during Civil War. They’re also two of the very few major Black male superheroes in the Avengers lineup.

With both Stark and Rogers gone now, these two men are in a place very few understand: How do they pick up their lives and move on in the shadow of legends? Therefore, it’s not a surprise Rhodes made a point of showing up to the Smithsonian for the ceremony in which Wilson hands over Cap’s Shield for display. As they wandered through the National Air & Space Museum exhibit dedicated to Cap (which fans will recognize from The Winter Soldier), it’s a reminder they are the only two people who genuinely understand what the other is going through.

It’s unclear as of now whether Rhodes will be a series regular in The Falcon & The Winter Soldier or if this is his only cameo. But the easy chemistry between Rhodes and Wilson is a reminder of how expansive the Marvel roster has become over the last decade — and that the possibilities for team-up adventures are endless.

New episodes of The Falcon & The Winter Soldier release on Disney+ on Fridays.