The fourth and final chapter of Ava DuVernay’s acclaimed Netflix miniseries When They See Us is entirely about the prison ordeal of Korey Wise, the oldest member of the Central Park Five. He had a vastly different experience than the other four boys after their conviction for the brutal 1989 rape and assault of Trisha Meili, solely because he was the only one old enough to go to prison with adults. Wise served 12 years in prison — five years longer than any of the others — before their eventual exoneration in 2002. But as painful as it may be to watch the actor Jharrel Jerome portray what Wise endured, think of what happened to Kalief Browder as you do it.

Both boys were 16 years old when they were arrested in New York City: the Harlem resident Wise in 1989; Browder, a generation later in 2010, up in the Bronx. Browder was on his way home from a party when he was stopped, frisked and accused of the theft of a backpack. Unable to afford the bail, Browder was thrown into the notorious Rikers Island prison to await a trial that never came. The 16-year-old would spend more than 1,000 hellish days there, most of them in solitary confinement. It changed him for the worse, injuring his mental health irrevocably. June 6th was the fourth anniversary of his suicide.

“A thread that ties the Central Park Five to Kalief Browder to the vast majority of people jailed in New York today is the way the system preys on black and poor communities,” Rena Karefa-Johnson, an organizer for the lobbying group FWD.us, tells Rolling Stone. “Today, 88% of the people on Rikers Island are Black or Latinx.”

When They See Us  is  receiving attention nationwide, and Browder’s fate should be a part of the activist conversation stemming from it. It isn’t just that both he and Wise experienced Rikers Island as teenagers, or experienced the torture that is solitary confinement. It is that the fallout since Netflix premiered it on May 31st has focused a bit too heavily on the story’s human villains rather than its invisible ones.

I understand why. I am just a hair younger than the Central Park Five. I remember all of it: seeing the faces of boys who looked like me and my friends, saddened and scared, knowing that no one powerful was there to tell their stories — in that police station or on television. I remember not just the boys, but the (mostly) white people in charge who put them away.

Just days after the attack, Donald Trump — then a flamboyant real-estate mogul — placed inflammatory newspaper ads calling for the death penalty for the five boys. But in lieu of Trump — who is not depicted by an actor and is barely mentioned in the series — the anger spilling from viewers is being aimed at Linda Fairstein, perhaps the most conspicuous villain of the story. Fairstein, now 72, was in 1989 the chief of the Sex Crimes Prosecution Unit in the Manhattan District Attorney’s office, the inspiration for the enduring NBC series Law & Order: Special Victims Unit. In the miniseries, Felicity Huffman portrays her as obsessed with pinning the crime on the five boys, no matter what blatant abuses of power or utter falsehoods are required to make her narrative work. Though she has objected to her portrayal in When They See Us, in the real world, Fairstein remains unapologetic about the treatment of the Central Park Five, despite their exoneration and DNA proof connecting a confessed serial rapist to the attack.

The release of the miniseries has brought some overdue karma for Fairstein — who, as author and filmmaker Sarah Burns notes in her book about the Central Park Five, was even considered by President Bill Clinton to be his Attorney General. The New York Times reported that Fairstein has resigned from the boards of several organizations, including her alma mater, Vassar College. Glamour magazine all but rescinded its 1993 honor in which it had named her one of its “women of the year.” Now a successful crime novelist, petitions circulated calling for publishers to drop her.

The civil rights organization Color of Change put out one of those petitions, calling upon publishing houses Simon & Schuster and Penguin Random House to #CancelLindaFairstein. It worked; on Friday, Dutton, the Penguin subsidiary that put out Fairstein’s 2019 title, Blood Oath, announced that it has “terminated its relationship” with her. But, as director Rashad Robinson emphasized in an interview with Rolling Stone, the retribution could not be the only outgrowth of activism from the miniseries.

“There is a Linda Fairstein in every city. The public must expose them, and hold them accountable for their actions as pawns in this unjust system — we’re focused on driving accountability for prosecutors at a systemic level,” Robinson says, noting that there are 2,400 prosecutors in the United States and nearly 80% run unopposed. DuVernay herself is working with one of those campaigns, Winning Justice, producing short video ads for the organization. “She’s using the entertainment industry to lend a voice to black and brown people, those whose stories have been deliberately excluded from the public discourse,” Robinson added. “She is using her power to unite us and inspire action.”

Another of those Color of Change endeavors, though, involves ending money bail. ”No one should have to stay in jail because they lack the money to buy their freedom,” Robinson says. It is yet another connecting thread between the Browder case and the Central Park Five. Karefa-Johnson, whose work focuses largely on bail reform, noted that New York recently passed a historic package of pretrial reforms, including a bail reform package that, save a few exceptions, takes money bail and pretrial jailing off the table for people charged with most misdemeanors and nonviolent felonies. A positive step, no doubt — but those five boys in 1989 would have still been stuck in that police station, even under these new rules.

Karefa-Johnson notes that not everyone has the courage and fortitude of a Kalief Browder, who refused to plead guilty and instead waited almost three years in jail while his case crawled through the system. DuVernay’s dramatization of the Central Park Five story allows us to see just how the system preys on those understandable weaknesses: a father who convinces his son to lie because his own job is threatened by a cop; a family exploited due to a language barrier; a single mother whose son is interrogated without her permission. It may look like conspiratorial fantasy to those inclined to lionize law enforcement or the judicial system, perhaps because it has always worked for people who look like them. 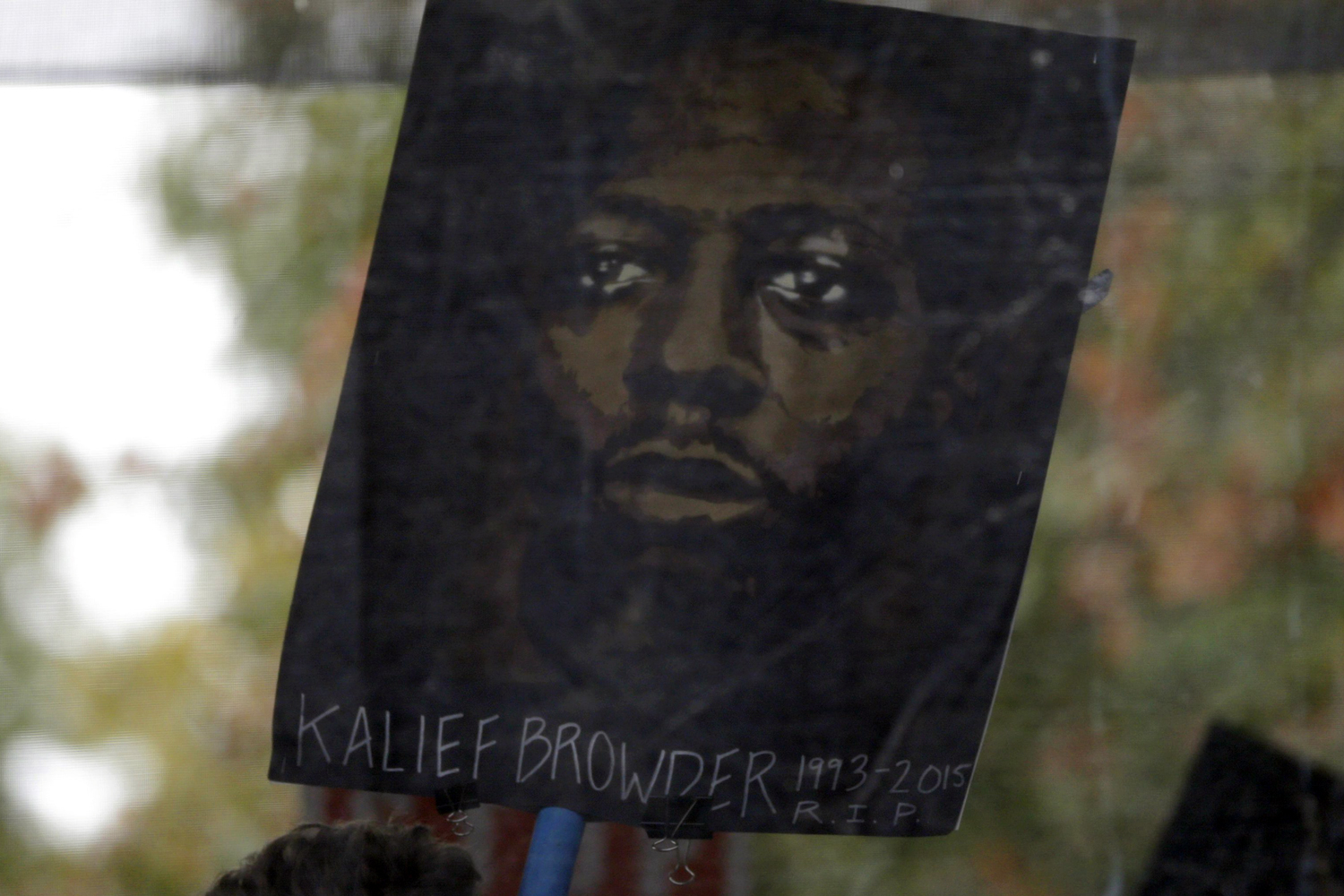 “Ending senseless pretrial jailing will go a long way in restoring the presumption of innocence for folks most likely to be denied it, particularly black people,” Karefa-Johnson says. “By eliminating money bail entirely and making pretrial freedom the rule, the accused will have a more meaningful chance to fight their cases, be less vulnerable to being railroaded by prosecutors and will not be subject to the horrors of incarceration based purely on accusations.”

“Ending money bail” may not be as alluring a catchphrase as #CancelLindaFairstein, but it needs to catch on as more and more watch When They See Us. Fairstein can end up broke and shunned by society, and it wouldn’t save another black boy from ending up like Browder, Wise, Antron McCray, Kevin Richardson, Yusef Salaam, or Raymond Santana. It wouldn’t save their families from the expense of having to mortgage everything they have to save their loved ones from a criminal justice system determined to ensnare them over something that they probably didn’t even do. This is a reality that we black and brown folks will continue to live in, no matter how what happens to Fairstein’s books or her bank account. She has her reckoning coming, no doubt. But the best revenge still looks like reform.