Will Smith and Charlize Theron have a lot of admiration for each other. The two actors co-starred in the 2008 superhero comedy Hancock, where they formed an inseparable bond. But before Hancock, there was another film that brought the two acting legends together, where they clicked almost immediately.

However, even though the two hit it off well, things took a turn for the worse when Will Smith knocked Theron out cold while preparing for a movie. But it might have been a punch, Theron acknowledges, she might have encouraged. 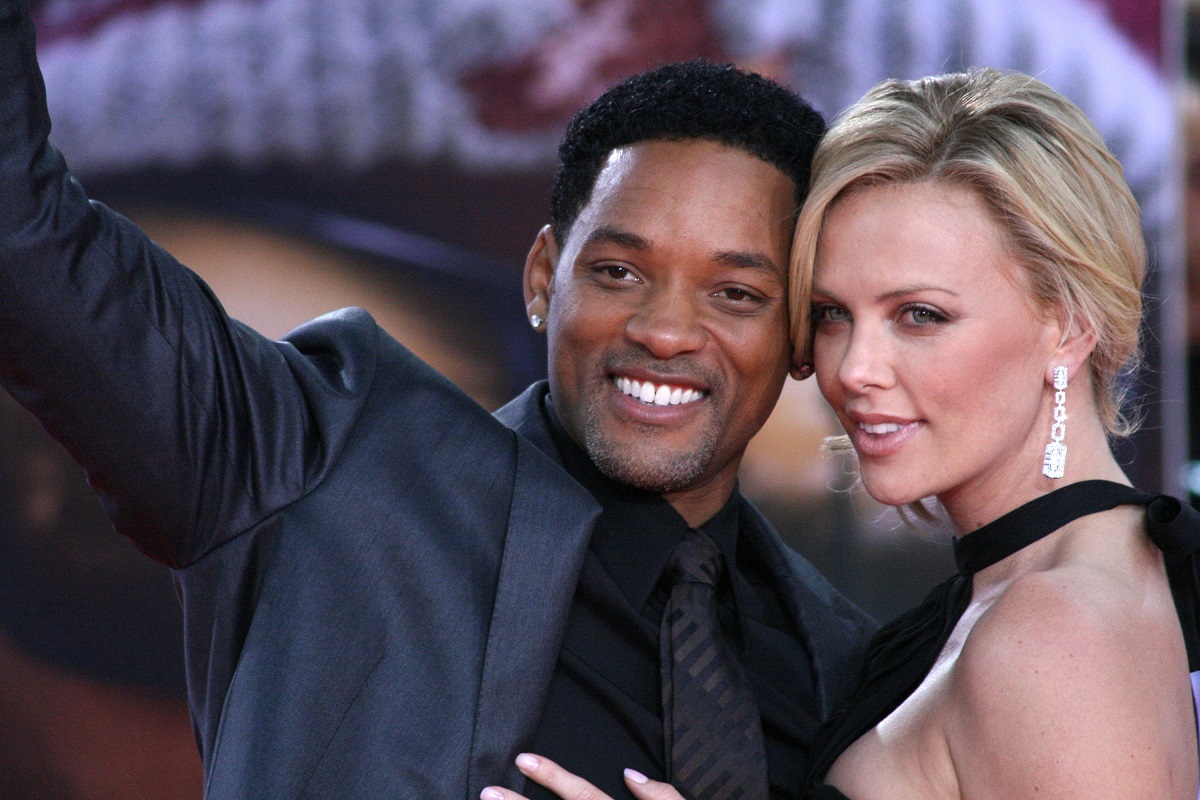 Charlize Theron once revealed how she first fell in love with Will Smith and vice versa on the set of The Legend of Bagger Vance. The two didn’t spend as much time as they did in their subsequent film, Hancock, but the two actors were still drawn to each other nevertheless.

“We didn’t get the chance to work that much together and yet it took us all of about five minutes to really fall madly in love with each other,” Theron said according to Daily Record. “We just hit it off instantly and were always messing around. There was something about me and him. We’re very similar people.”

As reported by Hindustan Times, it was also Smith’s ambition that she found so captivating about the Fresh Prince.

“He is a rare breed,” Theron said. “He could so easily just lean back but he shows up and works incredibly hard. We have a very interesting relationship.”

But the two might’ve had a bit too much fun on set. Their antics eventually led to Smith delivering a hard blow to the Oscar-winning actress that had her unconscious.

Theron once explained to Femalefirst how and why the Men in Black star struck her down in the first place.

“The first time I worked with him he punched me in the face,” Theron revealed. “He was training for Ali. I encouraged him to show me a couple of moves. I was completely knocked out!”

Theron didn’t mind the accident, however. In fact, if given the same opportunity, Theron quipped that she’d be more than willing to experience the mishap again.

“Seriously, though, I’d be happy to be punched out by Will anytime. He swore to me that it was an accident,” Theron said.

Unfortunately, it wasn’t a one-time accident, and Smith and Theron found themselves coming to blows again for Hancock.

Charlize Theron and Will Smith can’t seem to keep their hands off of each other in the worst way. The two found themselves involved in a similar accident eight years later on Hancock. In the film, Smith plays a disgraced alcoholic superhero who leaves a trail of destruction in his wake whenever he” saves lives.

Theron plays the wife of Jason Bateman’s character, who’s a public relations expert trying to repair Hancock’s public image. But Theron’s character has a mysterious link to Smith’s Hancock that draws the two together.

As reported by Femalefirst, there was a scene in the film where Smith raised his hand to mimic a fake slap. But the fake slap turned real, although this time neither actor could agree on whose fault it was.

“He tried to fake slap me one time, but the fake one just didn’t happen,” Theron said. “We’re still debating this one. I think he just hit me! But Will claims I leaned into his hand and that’s how it happened. I was so shocked!”

The two accidents hadn’t destroyed their relationship, however, which was just as strong as ever.

“We’re just like kids, it’s so much fun. He’s not a woman beater,” Theron clarified.