George Takei thinks his old “Star Trek” buddy, William Shatner, is just an old-timer who played lab rat for Jeff Bezos‘ latest jaunt to space … but Captain Kirk’s not having it.

Bill fired back over a reported comment Takei made this week, following his costar’s ascent above the Karman Line … where he hung out in zero gravity for a few minutes before coming back down in Blue Origin’s New Shepard rocket ship.

WS wrote Friday, “Don’t hate George. The only time he gets press is when he talks bad about me. He claims 50+ years ago I took away a camera angle that denied him 30 more seconds of prime time TV. I’m giving it back to him now by letting him spew his hatred for the world to see! Bill the (pig emoji).”

ICYMI … George had some harsh words about the voyage just a couple days prior, shortly after Will had touched down safely and shared some tears and words with Bezos.

GT said Bill was “boldly going where other people have gone before,” while going on to call him a 90-year-old “guinea pig” who was going to help Bezos and co. find out “what happens” as it relates to how space travel affects a body with a lot of “wear and tear.”

He also took a shot at Bill’s weight, saying he wasn’t really the healthiest “specimen” for the job … going on to call him “unfit.” You can probably tell … these guys don’t like each other. 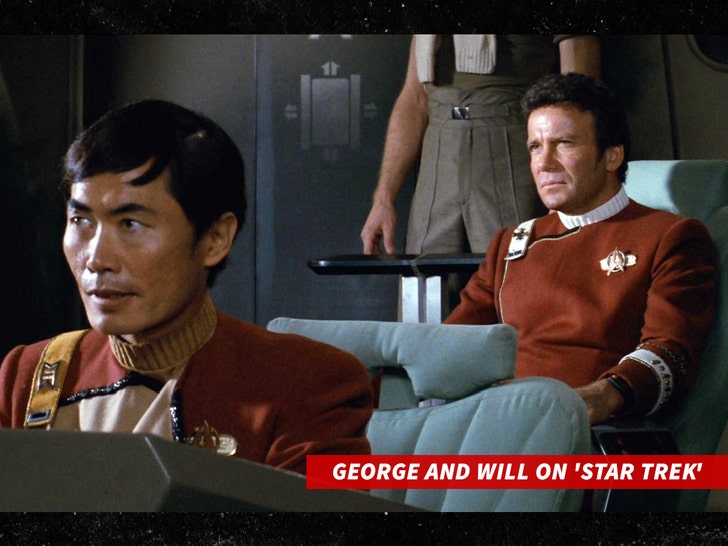 There’s a long-standing feud between them over their time on “Stark Trek” and subsequent films and spinoffs … and it’s going strong to this day.