Zoe Ball, 48, admitted it was “good to be back” as she returned to her BBC Radio 2 Breakfast show this morning.

The presenter apologised to her listeners about being absent and said the flu “mowed” her down.

“It’s me, back from my sick bed,” she began her show today.

“I can only apologise profusely, people, for such an almighty absence of leave,” she said. “It just mowed me down, that pesky viral influenza.”

It’s good to be back in the room

Zoe went on to say: “I tell you what, I wouldn’t wish it on anyone, but it’s good to be back in the room. I’ve missed you monkeys, we’ve got a breakfast show to do!”

She later added: “Feel like I’ve missed quite a lot, so good to be back.”

Zoe said the only “good thing” which went on during her time at home ill, was she got to watch her son Woody, who she shares with ex-husband Fatboy Slim, Norman Cook, on Channel 4 show, The Circle, when it actually airs.

Reading messages out from fans, Zoe said: “Welcome back Zoe Ball, I would like to congratulate you on being mum to Woody.”

“Oh my boy, my best boy,” Zoe responded to the comment. “He’s smashing it in The Circle, isn’t he?”

“Been the only good thing while I’ve been off,” the mother-of-two said. “I’ve been able to watch him live!” 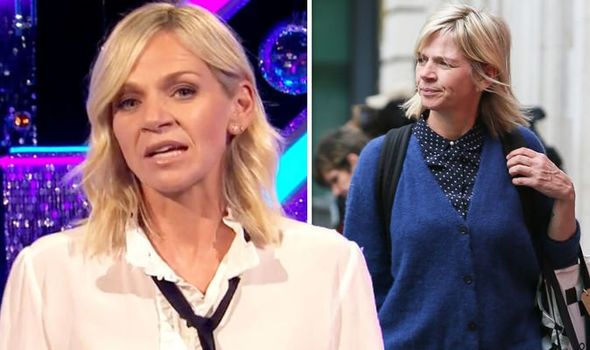 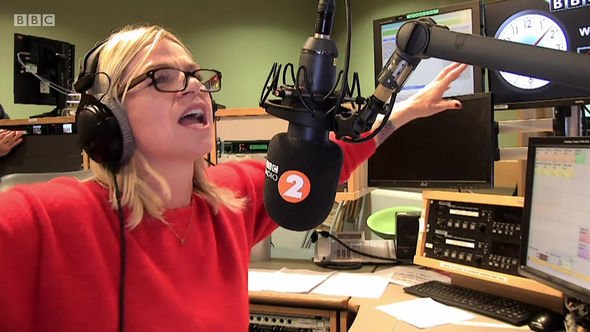 On Monday, Zoe revealed she would be back on the show today after having a check-up by the doctor.

She tweeted: “Flippin heck. Don’t get flu it’s a nasty b****r. Thanks to @djgarydavies for captain’ing the breakfast show today.

“Seen the doc. Should be back to both breakfast and it takes two duties Wednesday. Sorry for absence. #takeyourvits honestly can’t wait to be back…. love to all.”

Zoe will also be back on Strictly Come Dancing spin-off, It Takes Two, this evening, after being replaced by Gethin Jones due to her illness.

The star shares the hosting duties with Rylan Clark-Neal, who presents it on Mondays and Tuesdays and alongside Zoe on Fridays. 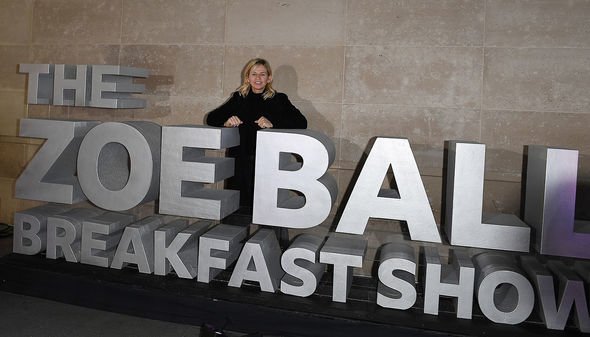 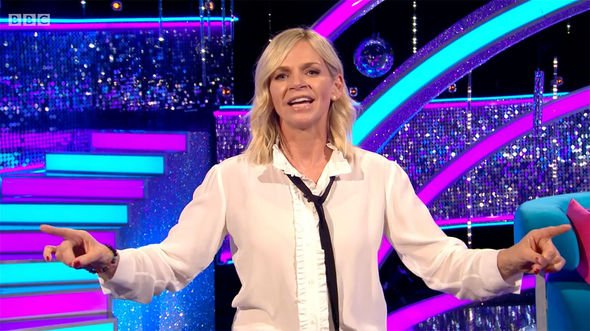 Many BBC Radio 2 listeners were thrilled Zoe was back on the air with many taking to Twitter to share their thoughts.

Another said: “@ZoeTheBall Glad to hear your voice back on Radio 2. Love the show xx.”

A third commented: “Whoop whoop the lovely @ZoeTheBall is BACK!!!! Boy have we have missed you! @BBCRadio2.”

Strictly: It Takes Two airs tonight on BBC Two at 6.30pm and BBC Radio 2 The Zoe Ball Breakfast Show airs weekdays from 6.30am.