With two of the best-known names in digital media — BuzzFeed and HuffPost — now united, speculation abounds as to which digital media outlets might be acquired next.

"There's no shortage of capital, so dealflow should be plentiful," media analyst Alex DeGroote said of digital media.

Aside from some of the big marquee names, "there are likely to be rollup plays for all the subscale sub-$15 million to $20 million businesses," said Karen McCormick, chief investment officer at venture and growth investment firm Beringea. "Lots are being shopped around."

Business Insider spoke with eight digital media experts including media executives, consultants, analysts, and bankers about the digital media companies that could get snapped up in the coming months. The list of 10 companies, presented in alphabetical order, is speculative and not all of these companies are discussing deals.

Interestingly, one of the buzziest names in the business — Axios — is not gearing up for a sale, a source familiar with the matter said. 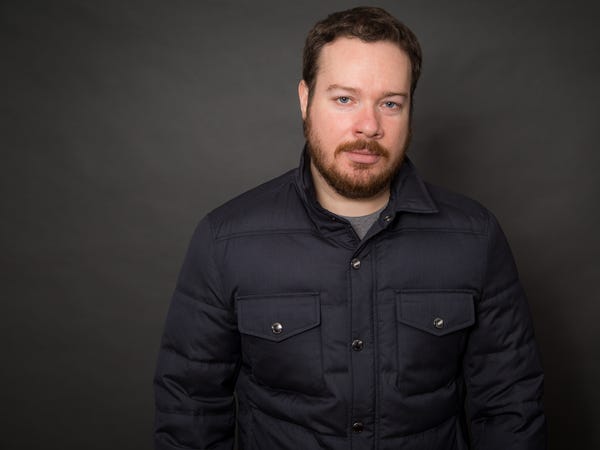 A company like Bustle could help an acquirer could benefit from economies of scale and cost controls to become more profitable, said John Potter, principal consultant at technology and internet media consulting company McCooey and Potter Consulting.

He said Bustle could be attractive to a company like British-based Future PLC, which has been highly acquisitive in recent years (Potter was previously chief technology company at Purch, a publishing and technology company that sold its consumer content division to Future in 2018.)

However, two of the experts we spoke to said that while Bustle is a prime property to be acquired, they couldn't foresee a deal occurring until at least late next year. Plus, one source said, BDG has "steep expectations" on its valuation.

"BDG is focused on its mission of acquiring assets and growing its existing profits with an eye towards the public markets," said a company spokeswoman in a statement. (Business Insider parent Axel Springer is an investor in Bustle Digital Group.) 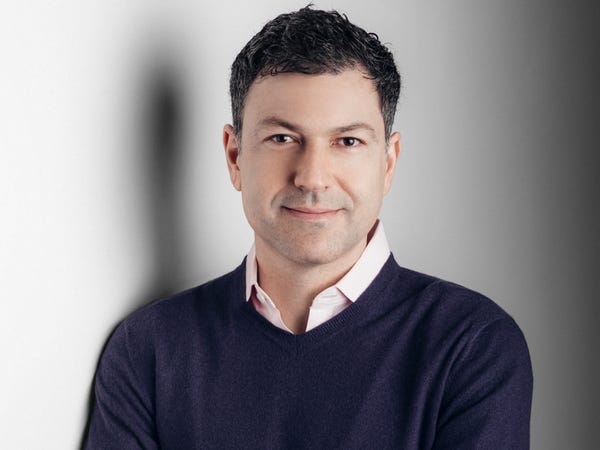 Sports-focused streaming platform Fubo TV might seem like an unlikely acquisition target, having only just gone public earlier this month, but experts told us not to rule out M&A activity because the market for streaming services is still hot.

"Fubo has had a lot of inbound over the past 12 months," said Jay MacDonald, CEO of investment banking firm Digital Capital Advisors. "At this point, because other folks made acquisitions, that space has been rolled up. Fubo is one of the last remaining independents and it will continue to be looked at."

Digiday previously reported that DAZN, Otter Media's Crunchyroll and other niche streaming services could also be attractive to potential buyers.

Fubo is growing nicely, its paying subscriber base having jumped 58% year-over-year to 455,000 in its third quarter. Total revenue rose 47% to $61.2 million, with the company benefiting from the crowded sports schedule and fall programming. Fubo also plans to enter the burgeoning sports gambling market. 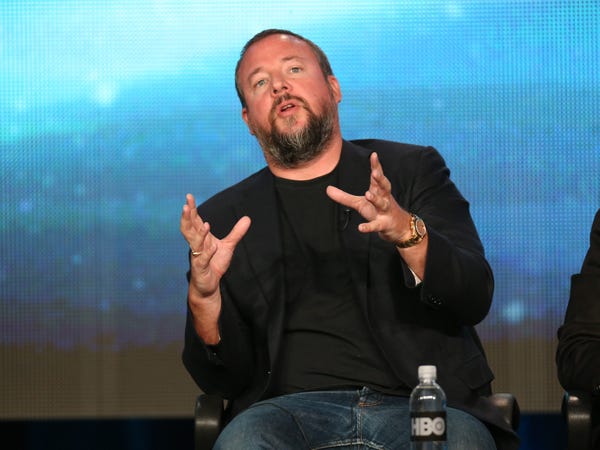 The idea of a mega digital media rollup was first floated by BuzzFeed CEO Jonah Peretti a couple of years ago. In an 2018 interview with The New York Times, he said that a bigger media company could take a bigger slice of the money Google and Facebook share with publishers. He name-checked Vice Media, Vox Media, Group Nine Media, and Refinery29 as potential targets.

Since then, Vice acquired Refinery29 and Vox combined with New York Media. This year's coronavirus crisis and associated advertising slump led to cost-cutting and layoffs. And, of course, BuzzFeed is picking up HuffPost.

As Business Insider reported, industry insiders are speculating that BuzzFeed is eager to tuck in more acquisitions. By consolidating, digital media companies can share resources, cut costs and pitch themselves to advertisers as a bigger force.

BuzzFeed could also look to join with a Special Purpose Acquisition Company, or SPAC, to help it go public and hunt for more companies. And SPACs are most likely to favor media companies with name recognition such as Vice, Vox, and Group Nine.

However, large traditional media owners own big stakes in the digital media darlings and some invested in them at high valuations, which could block, or at least complicate, the path to IPO.

Vice declined to comment. Spokespeople for Vox and Group Nine did not respond to requests for comment. 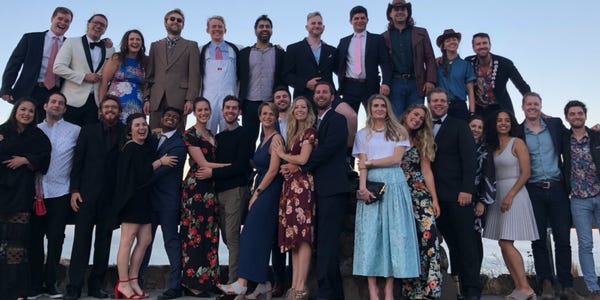 Total funding: $1.3 million, according to Crunchbase

Founded in 2016, The Hustle publishes a daily business news letter aimed at millennials, which the company monetizes through advertising and $299 annual subscriptions to its Trends product. The Hustle claims to be read by "well over 1 million people" each day. The San Francisco-based media outfit also has an events business.

"I'd put my money on The Hustle being the next to be acquired," said Rob Ristagno, founder of consultancy firm Sterling Woods. "The Hustle cracked the code on amassing a big list, then launching a premium product a subset of free subscribers are willing to pay for."

Ristagno said a larger, ad-driven media brand like Vox could buy The Hustle as a way to diversify its revenue. In that vein, last month, Insider, the parent company of Business Insider, acquired a controlling stake in daily business email and podcasting company Morning Brew.

"We're very fortunate to have people come to us about M&A," emailed The Hustle founder Sam Parr. "We've built a great business and a wonderful audience with business builders! So it's easy to understand, and very flattering, that people are interested!"

Parr added that the The Hustle has been profitable "almost every year since starting" and predicted advertising is likely to generate less than 50% of revenue in 2021, thanks to the success of its subscription business. 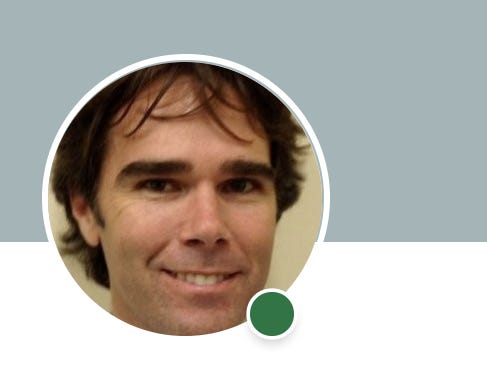 AOL sold a majority stake in Patch to Hale Global in 2014. Financial terms were not disclosed.

Patch was a hyperlocal media also-ran, marred by writedowns and layoffs. But once released from the shackles of AOL, which sold a majority stake in Patch to Hale Global in 2014, Patch has been on the up, turning a profit in 2016.

The coronavirus crisis and US elections have sharpened the focus on local news, said Ian Whittaker, an independent media analyst. There's also now a greater understanding that Google and Facebook derive much of their revenue from small-to-medium-sized businesses, he added.

"A lot of people will be thinking [local media] is an opportunity to break into the SME market," said Whittaker. 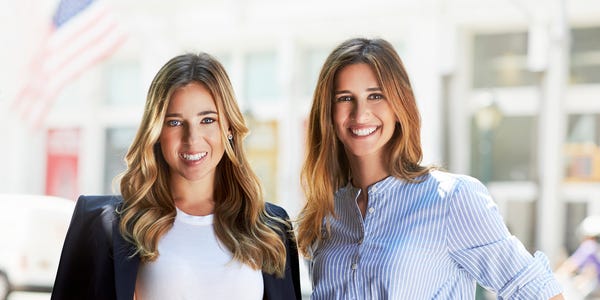 Establishing a first-party data strategy has become a key priority for media companies as they prepare for a cookie-less digital advertising market.

"They have [a] really good email list, which is key to first-party data in a cookieless world," said Sean Griffey, CEO of business journalism company Industry Dive. "They have an engaged audience and … [they] certainly are still cool and have heat."

Yet TheSkimm's star has faded recently. TheSkimm began looking for an investor or acquirer last year, having not raised funding since 2018. It's also felt the hit from the coronavirus pandemic and enacted deep layoffs amid the advertising downturn, Business Insider previously reported.

The company has met with investment bank LionTree, women-aimed publishing giants Condé Nast and Meredith, and others. A relatively small cost base could make it more attractive to a buyer.

Reps for TheSkimm did not respond to requests for comment. 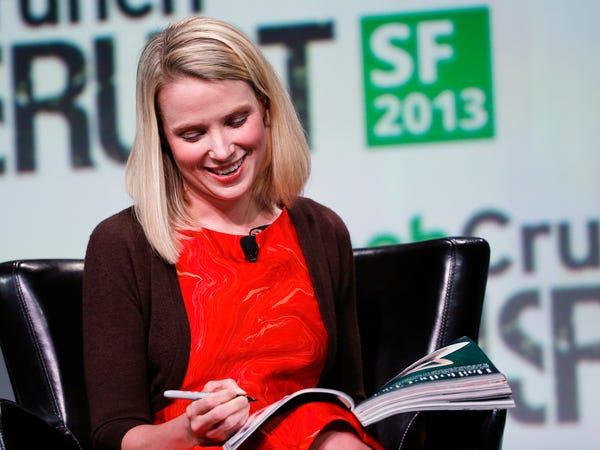 With HuffPost soon to move out of the Verizon Media stable, speculation has turned to which of its other media properties could be next to follow, and TechCrunch, with its loyal audience of startup entrepreneurs and venture investors, is a likely candidate. Last year, the title introduced a subscription product, Extra Crunch.

Verizon already took a $4.6 billion charge to write-down Verizon Media in 2018 — a little more than the $4.4 billion it acquired AOL for in 2015 — and a charge of $200 million earlier this year, further writing down the value of the unit. Tumblr, the blogging site Verizon's Yahoo acquired for $1.1 billion back in 2013, was sold to WordPress.com owner Automattic Inc. for a "nominal amount" last year, The Wall Street Journal reported. 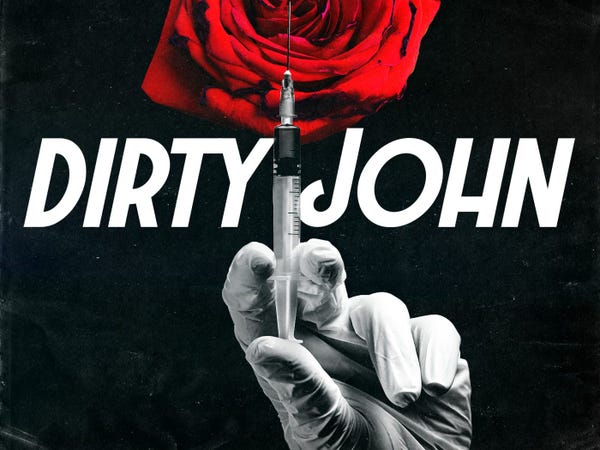 Podcasting is on a tear. Podcast's share of overall audio consumption in the U.S. reached a record high of 6% in 2020, up from 2% in 2014, according to Edison Research. Meanwhile, the Interactive Advertising Bureau estimates podcast advertising spend will hit $1 billion this year.

It's little wonder that big media companies — from Spotify, to iHeart and SiriusXM — are making major landgrabs, valuing podcasting companies in the hundreds of millions of dollars.

Next in line to get scooped up is likely to be Wondery, the 4-year-old company behind podcasts including "Dirty John," "Dr. Death," "Business Wars" and "American Scandal." The company was founded by former Fox executive and is backed by firms including Greycroft and Lerer Hipppeau Ventures.

Indeed, at least four companies including Apple and Sony have held talks about buying Wondery, Bloomberg reported, citing sources close to the matter. Wondery is reportedly seeking between $300 million and $400 million and on track to generate more than $40 million in revenue this year, according to Bloomberg, which reported on the talks earlier this month.