Santiago Mitre’s impassioned dramatization of the Trial of the Juntas benefits from a gentle evocation of collective memory. 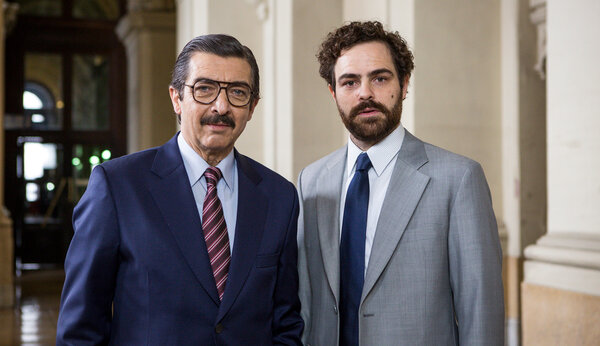 Like a pair of old wingtips polished with wax, “Argentina, 1985” spins a notable piece of history into an impassioned courtroom drama flecked with quaint humor. The movie centers on the Trial of the Juntas, a milestone Argentine case in which a civilian court tried former military leaders for brutal crimes committed while the country was under a right-wing dictatorship.

The director, Santiago Mitre, finds a flinty protagonist in the chief prosecutor, Julio Strassera, who assumed the role during the early days of Argentina’s precarious reinstalled democracy. Mitre sketches Strassera (Ricardo Darín) as a scoffing sourpuss whose fidelity to his work strains against an enduring mistrust of others. He softens in domestic scenes, where the genial presence of his wife and two children uncover both the dangerous stakes of the case — the family receives death threats — and Strassera’s caring side.

Unspooling patiently, the film makes frequent use of a montage effect to abridge months of historical detail, layering brief moments, reenacted archival footage (shot with the pneumatic cameras and lenses of the period) and original television coverage to paint a sprawling picture of Strassera and his team’s efforts. Mitre sometimes spotlights a single story within these composite sequences; for instance, one woman’s distressing account of giving birth while captive bookends a collage of court testimonies. (More than 800 witnesses testified in the actual trial.)

These stylings evoke a gentle sense of collective memory that compensates for the film’s more grandiose moments, including Strassera’s overwrought final address. Cinema prizes a good man making history, but this story’s heroes are manifold.