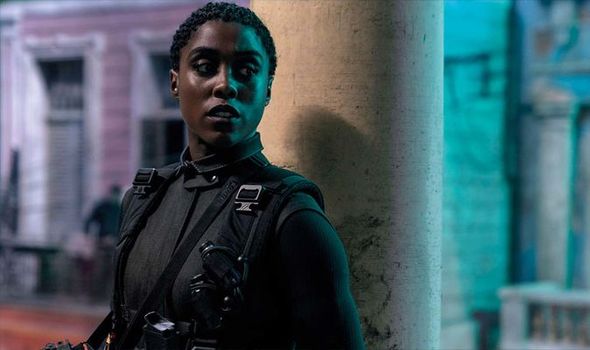 “I approve of your uniform. Tight in all the right places. Not too many buttons.” So says Roger Moore to Britt Ekland in 1974’s The Man With The Golden Gun. With Christopher Lee as the villain with a third nipple and Britt playing a character called Goodnight, the franchise had probably reached maximum cheesiness.

Much as some still mourn the loss of the kitsch in Bond films, it’s much harder to mourn the misogyny that often masqueraded as machismo or even humour in the vintage 007 pictures.

The latest Bond movie takes the evolution of the Bond Girl (or Woman) to its logical conclusion when we discover at the start of the film that Daniel Craig’s Bond is retired and his 007 agent number has gone to ‑ shock, horror ‑ a female. For the first time, Bond properly has an equal.

No Time To Die finds him washed up and drinking to forget in Jamaica while the new 007, played by Lashana Lynch, has taken his place ‑ at least for the moment. And although, as I write, we don’t yet know how their dynamic develops, it’s fairly certain Lashana’s first scene won’t resemble Ursula Andress’s debut in the very first Bond film, 1962’s Dr No; which famously involved her emerging from the sea onto a golden beach clad in a skimpy white bikini.

What we do know is that Lynch’s character is a kick-ass killer who goes toe-to-toe with Bond, warning him: “Stay in your lane. You get in my way, I will put a bullet in your knee… the one that works.”

The film also features Cuban actress Ana de Armas as Paloma, a CIA agent assisting Bond in his mission, and the return of Léa Seydoux as Dr Madeleine Swann, a psychiatrist who first appeared in Spectre (surviving rather than, as often happened to Bond Girls of the past, being killed off for a plot device).

But will a female 007 finally put the last of the old Bond tropes to rest? Despite six decades of the franchise, Andress and her white bikini is still the mental default position for many when it comes to first thoughts of the Bond girl.

Yet the image of Honey Rider (the name of Ursula’s character) as the pretty, but also pretty helpless, female who needs the strong presence of a male secret agent to save her from disaster, has been getting chipped away at for longer than we think.

Even in that first film, it’s worth remembering Andress had a large dagger strapped to those small bikini bottoms.

Race through those Connery and Moore 007 films (not forgetting the solitary George Lazenby Bond effort, On Her Majesty’s Secret Service) and, throughout, flickers of a stronger female spirit are on display if you look hard enough.

As early as 1963, Russian agent Tatiana Romanova (played by Daniela Bianchi) saves Bond’s life; an act whose feminist victory points are reduced somewhat by her weapon of choice being a high-heeled shoe.

Honor Blackman’s Pussy Galore in Goldfinger is first portrayed as a highly capable leader of an all-woman flying squad with sublime martial arts skills. In one scene she brings Connery’s Bond to his knees, literally.

So far, so empowering, until 007 brings her down and they lock lips, and perhaps more, in a manner that would today be called coercive at best.

Such a pattern continues throughout the 1970s; hints of female strength and independence that crumble on contact with the dashing British secret service agent.

Yet it’s unfair to paint the Bond Girls of this era as nothing other than a collection of powerless eye candy. All of them have physical and mental skills that make their appearance in the heightened realms of subterfuge and ideological combat not entirely incongruous.

But there is always a point in films from this epoch when, much as the Bond Girl’s talents in sleuthing, swimming or fighting are displayed to moderately successful effect, only 007 is capable of winning the day.

It’s the narrative arc that kept Connery and Moore (plus the audience of course) in no doubt that the men were in charge of the situation.

When Bond does, briefly, meet his match, in 1963’s From Russia With Love, it is at the hands ‑ or should we say the feet, for her Brosnan, Roger Craig’s 007 shoes contain a poison-tipped blade ‑ of Colonel Rosa Klebb, played by Austrian-American actress Lotte Lenya.

While she is undoubtedly a deadly adversary, unlike the typical Bond girl she is middle-aged, unglamorous and sadistic. In Fleming’s 1957 novel, it is implied she is a lesbian.

It fell to Grace Jones, playing a deadly beauty, to make the first real crack in that seemingly unbreakable world of Bond male supremacy. In 1984’s A View To A Kill, she played May Day, an impressively strong bodyguard who has no interest whatsoever in being seduced by Roger Moore’s 007. Instead, she walks into his bedroom and simply lets her dress fall to the floor.

“I see you’re a woman of few words,” Bond remarks. “What is there to say?” she replies, almost with disdain.

May Day does, of course, have sex with Bond. But she is completely in control of the situation. Does 007 consent? Of course he does. But the viewer is left in no doubt at all that something has shifted in the sex life of the world’s most famous secret agent.

But it was not quite the great leap forward. Before the vital reboot of the whole franchise which came with Craig in the 2006 Casino Royale remake, we enjoyed ‑ or perhaps endured ‑ the Timothy Dalton and Pierce Brosnan years, which reached its apotheosis with the Dr Christmas Jones character in the latter’s The World Is Not Enough.

This Bond Girl, played by Denise Richard, has a ridiculous name which appears to have been inserted purely to give Brosnan the opportunity to say, mid-sex scene: “But I thought Christmas only came once a year”. And don’t even mention Xenia Onatopp from Brosnan’s GoldenEye, Famke Janssen’s assassin who crushes her enemies to death with her thighs.

It all pointed to Bond becoming an increasingly tired irrelevance, more like the latter years of the Carry On films than a rival to slick spy thrillers such as The Bourne Identity series, which began in 2002, the same year as Brosnan’s last Bond outing.

Then Daniel Craig emerged from the ocean in Casino Royale, in a quite deliberate homage to Ursula Andress in Dr No, and suddenly we were hit by a tsunami of female empowerment. The actor wasn’t comfortable even saying the phrase “Bond Girl”, and demanded better scripts, rounded female characters, and grown-up relationships.

Even Miss Moneypenny, M’s executive assistant, though not generally considered a Bond Girl by die-hard fans, because her relationship with 007 remains professional, is at her toughest and most empowered since Naomie Harris took the role in 2012’s Skyfall.

And nobody has ever betrayed 007 like Vesper Lynd (Eva Green) in the first Craig movie. By 1995, M had become a woman, played, unforgettably, by Dame Judi Dench. But it was in the first Craig films that her character really delivered, before dying a tragic death in Bond’s arms in Skyfall.

Also, for the first time, dead women appear to be mourned rather than forgotten about in the interests of plot movement.

In Quantum of Solace, Bond’s role in the death of Strawberry Fields (Gemma Arterton) earns him a stinging reproach from M who furiously tells 007 that he is culpable for the death of a “sacrificial lamb”. In the same film, the courageous Camille Montes doesn’t even sleep with Bond.

Things, surely, can never go back to Dr Christmas Jones levels now. Or can they?

Bond, in its best eras, has held up a mirror to the world we live in; whether it be the Cold War espionage that predominated the 1960s films or when it tackles issues that are at least tenuously connected to our own times ‑ such as the sadistic media mogul Elliot Carver, brilliantly portrayed by Jonathan Pryce in Tomorrow Never Dies.

When Bond reverts to pure fantasy (see Moonraker and Die Another Day) the result is generally a poor film. So, it could be argued, history tells us that making Bond more woke and the Bond women more three dimensional, more like people in the world we live in, will result in a better film.

Just to be sure, the 007 team brought Phoebe Waller-Bridge, creator of Fleabag and scriptwriter of Killing Eve, into the writers’ room for No Time To Die. No stranger to creating strong, multi-dimensional female characters, she laid out her ideas for the actors playing the Bond women in this way: “I just want to make sure that when they get those pages, that Lashana, Léa and Ana open them and go, ‘I can’t wait to do that’.

“As an actress, I very rarely had that feeling early in my career. That brings me pleasure, knowing that I’m giving that to an actress.”

So is there a danger that the fantasy and escapism of a great Bond movie will be constrained by heavy-handed efforts to reflect the zeitgeist?

Perhaps it’s worth remembering that Ursula Andress herself, back in 1962, had her voice dubbed for the entire Dr No film as hers was considered to be too heavily European.

Say what you want about the evolution of the Bond Girl, but the days of not even letting women use their own voices seem about as likely to return to the screen as Christopher Lee’s third nipple.

The Bond Girl has grown up into a Bond Woman. It’s something to celebrate, even if they’ve swapped wearing white bikinis for running black ops.