CAA’s ”double down on representation“ signals a survival tactic, not just a talent-first philosophy, experts say

CAA’s acquisition of ICM Partners on Monday is more than the marriage of two legacy agencies laser-focused on representing talent. It is also the latest sign of Hollywood’s race to consolidate as streaming has upended decades-old business models and forced legacy companies to adapt or die.

The combination of factors including rival Endeavor going supersized and public; the end of agency packaging fees in 2022; and the impact of a streaming-first entertainment industry led to what many experts called a savvy move – bigger and therefore better.

“There will be more of these deals as the three majors are owned by venture capital firms which realize the new economics of the agency business and that means more consolidation is going to happen,” said a veteran Hollywood agent not connected to either agency. “Agencies will have to increase the number of clients handled by agents to make up for the loss of packaging fees and back end.” 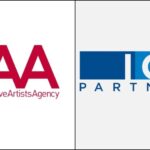 In the case of ICM, CEO Chris Silbermann had been aiming to bulk up the agency which has always been strong in publishing. In 2020, the agency acquired the London-based sports agency Stellar Group — which represents 800-plus top athletes, particularly soccer stars, across 10 countries.

CAA apparently saw the writing on the wall as well. “They realized the arms race is never going to stop,” Matt Bilinsky, a tech and media-focused attorney at Weinberg Gonser in Los Angeles, told TheWrap.

“Probably the most impactful factor of the pandemic on accelerating a deal like this was that there were a lot of layoffs,” Bilinsky added. “In allowing the agencies to cut some of the fat, if you’re talking about a merger, some of the risk of a merger or a buyout is bloat, right? So if you manage some of the bloat beforehand, that takes one of the risk factors off the table.” 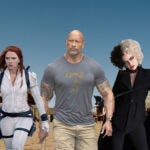 Jay Tucker, who heads up the Center for Management Enterprise in Media, Entertainment and Sports for UCLA’s Anderson School of Management, called the acquisition “an incredible opportunity” for both agencies.

“On the one hand, I recognize that athletes and creators will want to see that the combined entity will provide the same level of personal care as their current agency, and that will put some pressure on the combine entity to really lean into relationship management,” Tucker told TheWrap. “This will require a staffing model that respects the way that agents invest time and attention in their clients.

Added Tucker, “On the other hand, putting these two entities together – especially right now when so much is in flux in the industry – could be an incredible opportunity. The massive shift to remote and home-based entertainment that we saw during the pandemic has significantly changed business models, and that naturally impacts athletes, actors, and creators. Having two agencies with an elite roster of clients and amazing staff working together means that it’s more likely than not that talent gets included fairly as the business continues to evolve.”

In the new streaming era, the acquisition is not a big company gobbling up a much smaller company, but a big fish getting eaten by an even bigger fish in order to ensure the survival of both in a new Hollywood landscape. On the talent side, the move mirrors this year’s race to consolidate on the content side, with the high-profile acquisition of MGM by Amazon for $8.45 billion, as well as AT&T’s $43 billion deal to merge WarnerMedia with Discovery. 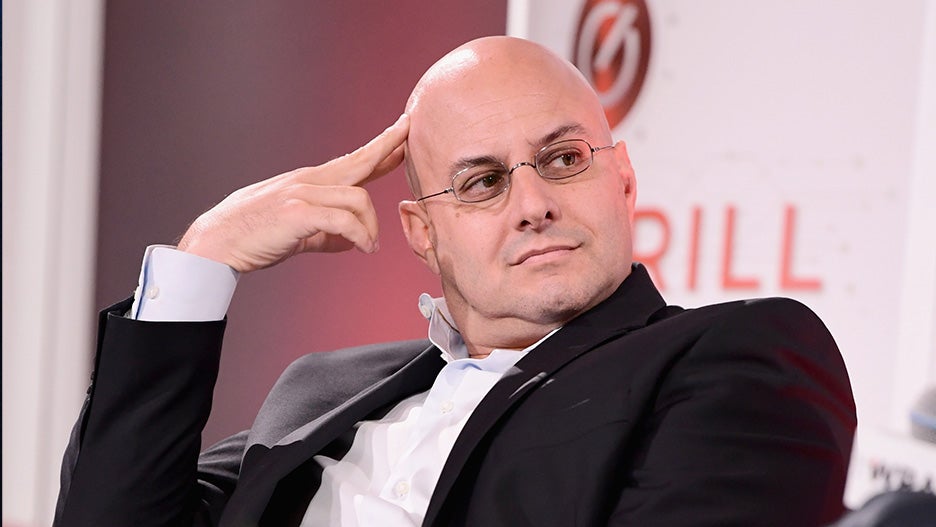 The acquisition is largest of its kind since WMA and Endeavor merged in 2009 and WME acquired the sports marketing giant IMG in 2014. Terms of the deal were not disclosed. CAA heads Bryan Lourd, Kevin Huvane and Richard Lovett will oversee the new company, while ICM chairman Chris Silbermann will join CAA’s shareholder board. The deal is expected to close later this year, subject to customary closing conditions, including the receipt of regulatory approvals.

In an interview with TheWrap, the managing partners of CAA and ICM’s CEO Chris Silbermann emphasized that both sides are “doubling down” on talent representation.Publicly committing to talent first distinguishes CAA from its main rival Endeavor, which has expanded into everything from UFC wrestling to its latest acquisiton of the sports betting platform OpenBet for a whopping $1.2 billion.

“We’ve always been focused on clients and athletes in the last 12 years, and what we can do to provide them with the resources and advocacy to help them realize their dream,”CAA partner, managing director and co-chairman of Creative Artists Agency told TheWrap. “We want to double down in representation. We’re driving towards it, not away from it.”

But “doubling down” on talent is hardly the only reason for doubling up to form a mega-talent agency. One industry analyst said the talent agency business has been severely curtailed by the end of lucrative packaging fees. And streaming has cut deeply into the fees that were once paid to talent as part of major movie deals, as seen in the high profile battle between Scarlett Johannson and Disney over her loss of potential earnings due the film’s hybrid release simultaneously in theatrical venues and streaming.

And then, there was this little pest called COVID-19 that turned some areas of Hollywood’s finances upside down, including at ICM, which announced sweeping pandemic layoffs and furloughs in 2020.

One veteran talent agent took a somewhat more cynical view. “The loss of TV packaging fees and rise of streamers, which caps the upside of profit participants, is a huge hit to agencies’ bottom line and that’s probably the major driver for the acquisition,” said the agent, who asked that his name not be used. “There will be be a major reduction in the head count at the new company.” 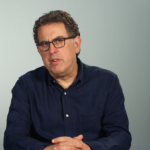 Indeed, packaging seems a likely factor powering this acquisition. Dramatic changes brought by the Writers Guild’s landmark franchise agreement that requires all agencies to phase out packaging fees by June 30, 2022 is bringing dramatic changes to the agency status quo. Packaging fees, which studios pay to agencies in exchange for packaging talent for a project, were a major source of revenue for the Big Four agencies but are now set to be eliminated thanks to the labor actions of the WGA, which deemed it a conflict of interest.

Without packaging, CAA has decided to make up for that lost revenue by expanding its representation business into other fields like sports; something that ICM, which is rooted in traditional Hollywood representation, didn’t have the resources to match and likely made an acquisition a favorable option.

But ICM also has been busy in the acquisition game. In December 2019, ICM sold 1/3 equity stake to Crestview Partners for $150 million; in March 2020, it bought Primary Talent International and Swedish-based boutique lit agency Albatros in August 2020; before it made its biggest acquisition last October with agency Stellar Group to establish ICM Stellar Sports.

In fact, ICM itself was founded through an M&A in 1975, through the merger of Creative Management Associates and International Famous Agency, and it then acquired boutique literary agency Broder Webb Chervin Silbermann in 2006. 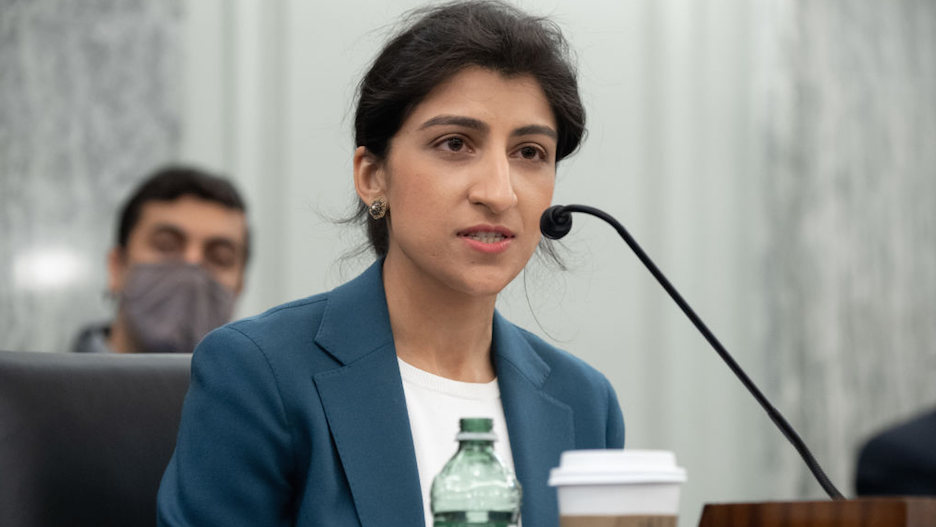 The deal reduces the Big 4 agencies into a Big 3, which leaves the still-independent UTA as a prime target for acquisition or merger.Given that FTC chairwoman Lina Khan has made it known she’s in favor of strengthening antitrust laws (especially concerning tech giants like Amazon and Facebook), the deal between CAA and ICM could be subject to heavy scrutiny. But Bilinksy doesn’t see the FTC having much of a case, pointing to William Morris and Endeavor’s similar merger back in 2009.

“We’ve been operating in new territory. The specter of antitrust law has been relatively defanged for quite a while, even before the Trump administration,” he said, adding that disallowing this deal could be seen as “selectively punishing” ICM and CAA. “We’re only about 9-10 months into the Biden era. So it’s still yet to be seen.”

Chapman University Film School dean Stephen Galloway said that 10 years ago the high profile acquisition of ICM by CAA would have been “a giant boulder thrown into a lake… But it seems like were getting stories like this all the time. All this is in response to the giant earthquake of streaming. And the rise of some companies, the mergers of others, sends ripples throughout the industry as others try to compete.” 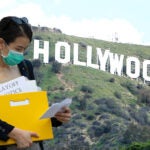 Brian Welk contributed to this report