Are Twitter and Netflix Taking a Hit for Overperforming in New Subscribers Early in the Pandemic?

Critics at a Crossroads: How a Variety Film Review Got Caught in the Culture Wars

“This has become some huge culture war instead of some acknowledgment that we as critics all need to be constantly self-examining ourselves,” critic Clarisse Loughrey writes

Film critics found themselves at a crossroads this week trying to defend one of their own while also acknowledging that a review of Carey Mulligan’s performance in “Promising Young Woman” in Variety may have crossed a line.

What started as a conversation among critics on Film Twitter escalated to the mainstream on Tuesday when the National Society of Film Critics called on Variety to remove an editor’s note apologizing for its review of “Promising Young Woman” by freelance critic Dennis Harvey. The group argued that the publication had thrown its own writer under the bus rather than defend his right to his opinion, calling it “appalling” that Variety chose to “side with that power rather than supporting its writer.”

But just as there’s no obvious consensus on any one movie, other film critics posting on Twitter and who spoke with TheWrap said the NSFC’s statement missed the mark and overlooked some of the review’s real flaws that many online, including other critics themselves, called misogynistic and sexist. Suddenly no party looks great in a messy back-and-forth that begs the question for both writers and publications alike: How do you continue to write good criticism while also reassessing the media’s role in culture?

“At the moment we’re acting too much on a binary. Either they defend the critic to the last stand and every word was truthful and perfect or they go the other direction where they write a big, long apology,” Clarisse Loughrey, the chief film critic for the U.K.’s Independent told TheWrap, who said she found the review offensive not just as a critic but as a woman. “That’s the issue — this has become some huge culture war instead of some acknowledgment that we as critics all need to be constantly self-examining ourselves and being open to the fact that sometimes our perspective can sometimes blind us to things.”

And it wasn’t just film critics. Others in the industry have taken notice of the online chatter, as well, and are calling for more diversity among writers.

“It is important for film criticism to be free, but fair,” Kirsten Schaffer, executive director of Women In Film, told TheWrap. “Whether it was conscious or not, there is a sexist undertone to the comment that contributes to a greater devaluation of women’s work on screen. Open, thoughtful discussion, and more female critics, will create a more equitable culture.”

How do you continue to write good criticism while also reassessing the media’s role in culture?

The drama started back in December when Variety republished its review of “Promising Young Woman” that was first written at Sundance 2020. Though Harvey wrote favorably of the film and Mulligan’s performance, he called her casting “an odd choice as this admittedly many-layered apparent femme fatale” and wondered if Margot Robbie, a producer of the film, was originally intended for the role.  Mulligan, he wrote, “wears her pickup-bait gear like bad drag; even her long blonde hair seems a put-on.”

Mulligan called out the review in an interview with The New York Times, saying that she felt it was “basically saying that I wasn’t hot enough to pull off this kind of ruse.” A firestorm ensued over social media, with women backing Mulligan and calling the piece “alarmingly sexist” and demanding more diversity among film critics, especially post-#MeToo. Under fire, Variety apologized by saying it regretted “the insensitive language and insinuation in our review of ‘Promising Young Woman’ that minimized her daring performance.”

Harvey and a rep for Variety did not respond to requests for comment for this story. But in January, Harvey told The Guardian he was “appalled to be tarred as a misogynist, which is something very alien to my personal beliefs or politics.”

He stated: “I’m a 60-year-old gay man. I don’t actually go around dwelling on the comparative hotnesses of young actresses, let alone writing about that… What I was attempting to write about was the emphasis in the film and [Mulligan’s] performance on disguise, role-playing and deliberate narrative misdirection. Nor was bringing up Margot Robbie meant to be any comparison in ‘personal appearance.’”

Since then, everyone has had their own hot take. Some said that Variety failed both the writer and the actor. 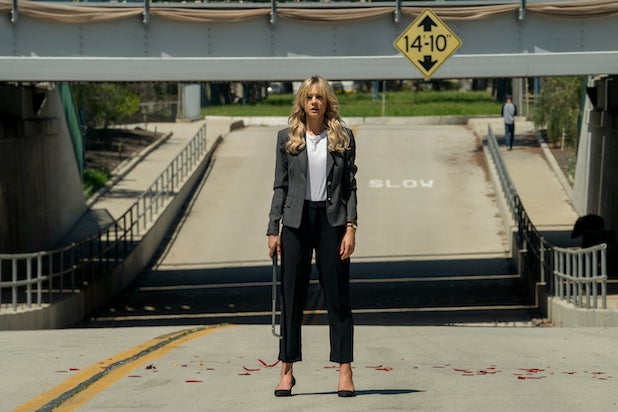 “This situation represents an editorial failure that Variety has not accepted responsibility for,” Matt Zoller Seitz, a film critic and editor with RogerEbert.com, told TheWrap. “The sort of argument that the critic now says he was trying to make with regard to performance or casting should’ve been very meticulously worded and reworded nearly a year ago when the review first appeared, at the insistence of editors/the publisher, and cut entirely if the revisions didn’t get to where it needed to be. It’s a bad look to essentially hang the writer out to dry by affixing a long belated disclaimer.”

Monica Castillo, who reviewed the film for TheWrap, agreed the situation could have been handled better. “While I may not agree with what Harvey wrote in his review, I don’t believe Variety should have abandoned him in this manner,” she told TheWrap. “I’ve also been targeted for reviews I’ve written and have been very lucky to have publishers and editors who stood by me even when filmmakers, conspiracy theorists and fans have called for my dismissal. I’m sorry he’s not gotten that same courtesy.”

However, others balked at the NSFC’s statement, which overlooked the worst language in Harvey’s review, namely that he said Mulligan wore “bad drag” and that Robbie would’ve been a more appropriate choice for the role. The statement also said that Mulligan only made her objections in December “in the thick of awards season” as though she made it to bolster her Oscar chances. One member of the NSFC, The New Yorker’s Richard Brody, even said on Twitter Tuesday that he doesn’t agree with the letter and that “Variety was right to apologize for running the review as it appeared.”

“Just like the review that kicked this all off, this letter desperately needed an engaged editor. The complaint about Variety ‘capitulating’ to Mulligan’s criticism suggests that Mulligan made demands and is somehow a bully,” former Village Voice critic and editor Alan Scherstuhl wrote on Twitter.

Kyle Buchanan, the New York Times writer who spoke with Mulligan about the review, argued that the NSFC’s statement framed the ongoing drama in a way that was “positively deranged.”

“To object to Mulligan’s objection because it was made ‘almost a year later’ after the review was published…. honey, the movie came out almost a year later!” Buchanan said. “Are you gonna forget all the time that elapsed between Sundance and the release date? Or worse, assume the reader will?”

And while the writer needs to take accountability, others have argued it falls on the outlet to share in that accountability and address larger issues of diversity in film criticism.

“Dennis needs to own his mistake a little more, and then — and only then — a discussion can be had about the relationship between writer, editor, and star,” Noah Gittell, a critic for Washington City Paper, told TheWrap. “The statement by the NFSC really ignores all of the hurt that Harvey’s words caused, and how they reflect a larger systemic problem in film criticism.” 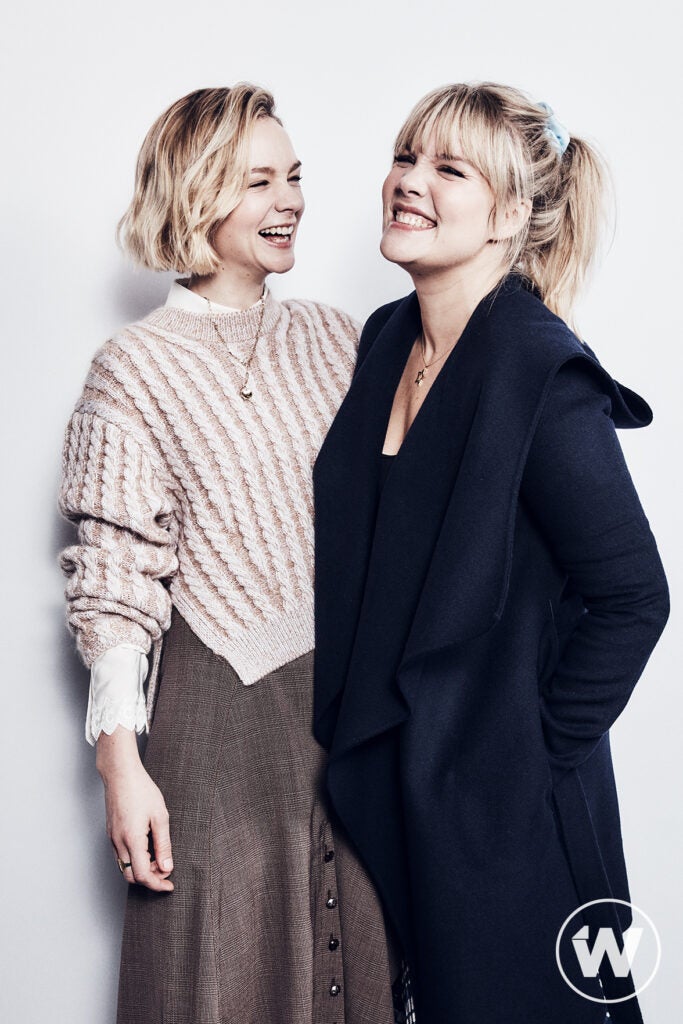 There’s a long history of celebrities objecting to reviews, even positive ones that have led to bruised egos. In those cases, the writer can be bombarded with a wave of fans piling on and calling for that critic to be fired, canceled or worse. And other critics have argued that however inelegant the critic’s wording may have been, the review intended to comment on Mulligan’s artistic choices and director Emerald Fennell’s “stylized presentation” rather than to insult Mulligan personally.

“The paragraph in question is glib, and the editor should’ve flagged the ‘bad drag’ comment for clarification. Still: It was a minor editorial misjudgment, worth discussing in-house. Public apology is craven,” Time Magazine TV critic Judy Berman said on Twitter. “We also need to be able to discuss actors’ intentional performances of sexuality because it simply is not wrong to say Carey Mulligan and Margot Robbie have created very different personas across their respective bodies of work, and playing against type is a choice worth noting.”

But the “Promising Young Woman” discussion has cropped up in a time when the media everywhere is reassessing how journalists and critics — especially white male ones — write about women or people of color. Just this week the “Free Britney” movement has picked up steam as people online have called out cringey old interviews of a teenage Britney Spears being asked about her breasts or sexual partners.

Loughrey argued that the review missed the point of “Promising Young Woman,” which is that all women are vulnerable and can be targeted, regardless of their looks.

“We can’t have this discussion about Variety’s reaction while also having a discussion at the same time about whether the review was misogynistic or not. We have to understand those are separate things,” Loughrey said. “We have to allow that conversation about the review to give space to women’s concerns, even if we don’t agree with them.”

Harvey previously told The Guardian that he did not receive complaints about his review until Mulligan’s comments were published in the Times.

“It’s left in question whether after 30 years of writing for Variety, I will now be sacked because of review content no one found offensive until it became fodder for a viral trend piece,” he said.

At the very least, critics can agree that it’s worth reassessing how the media approaches its reviews in the future.

“I do hope Variety is listening to the discussion around this review not as an excuse to throw a critic under the bus, but as a chance to reevaluate its current editorial process for its film section,” Castillo said. “Maybe posting reviews as quickly as possible after a premiere is how these mistakes are made. Maybe there should be an editor who does not also juggle review duties with editorial demands of the job. They could learn from this and create a more supportive environment for current and future critics.”