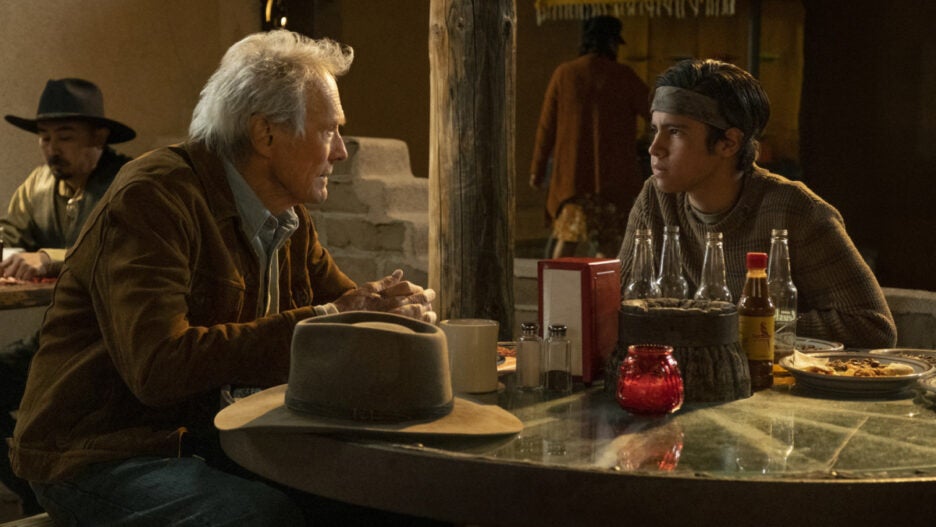 When Clint Eastwood throws a punch in his new film “Cry Macho” — and Eastwood the director has always had a trademark way of filming the connecting of a fist to a guy who deserves it — there’s a sort of “aww” quality to it. You don’t necessarily have to believe he’d get the drop on a goon one-third his age. It’s a wink from a movie legend, and it’s sort of hilarious.

The story of a down-and-out ex-rodeo star and a troubled boy, “Cry Macho” includes a handful of other classic Eastwood signposts: Crustiness, a truck, horses, bad guys, wise words growled to a “kid,” and a plaintive musical motif. There are wide-open spaces, but also dark interior spaces — both the minimal-lighting kind and the quietly acted kind, quivering with regret. A road movie that, considering who made it, starts pretty far down that road, “Cry Macho” is familiar and loose, sometimes rattly, occasionally wince-inducing, and in a few moments genuine in ways no one else seems to know how to do anymore.

Marking 50 years behind the camera and a lot longer in front of it, “Cry Macho” — adapted by the actor-director’s favorite collaborator of late, Nick Schenk (“Gran Torino”), and the late N. Richard Nash, based on Nash’s 1975 novel — isn’t top-drawer Eastwood. But it’s no washout either. If it were to close out his career, it might feel like a disappointment, yet as a no-frills stew of feelings, postures, detours, and destinies, it doesn’t need to be a home run. 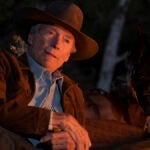 It’s off to a clunky start, though, as Texas rancher Howard Polk (Dwight Yoakam) hires Eastwood’s Mike Milo, a disgraced horse breeder, to go to Mexico and bring back the man’s 13-year-old son Rafael, whom Polk believes is being abused under the care of the kid’s mother. Between the forced expository dialogue, Yoakam’s unconvincing selling of the stakes, and Eastwood’s initial scenes with Fernanda Urrejola’s cartoonishly drawn, scheming temptress of a mom, you’re ready for the kid to show up and hopefully save things.

But after Mike finds the teen taking part in a cockfight, and convinces “Rafo” to make the journey back, “Cry Macho” still struggles to gain its footing. Eduardo Minett, the young newcomer cast as Rafael, has a central-casting awkwardness to him, which isn’t helped by the script’s overplaying of the boy’s tough-kid posturing — he named his beloved rooster Macho — and hackneyed initial exchanges sparring with Eastwood don’t help either’s cause. 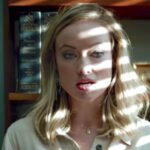 The Oscar-winning filmmaker is a die-hard believer, however, in the patience of things, and before long, a campfire chat here, a diner scene there, and an overnight in a shrine add up to a lived-in relationship we care about. Stopping in a small town on their way to the Texas border, trying to avoid the law (and a henchman hired by Rafael’s mother to retrieve him), they meet kind restaurateur and widowed grandmother Marta (Natalia Traven), who provides this unlikely pair with the kind of hospitality and sense of purpose that gives them both a chance to rethink their paths.

Eastwood, showing his 90-plus years but also using them (OK, except for that punch), wears his character like a comfortable shirt. That goes not only for the expectedly irascible parts but also the more tender shadings. He even knows how to share a frame with a rooster. Minett gets better the less he has to do, too, which I suppose is a solid takeaway from working with a co-star well-versed in underplaying. And while Traven’s role could be more fully fleshed out, Eastwood does right by her soulful, seen-it-all glow. 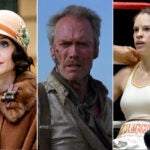 The story obstacles need their resolving, though, so “Cry Macho” can’t just hang out where it’s most likable, where the cinematography by Ben Davis (“Three Billboards Outside Ebbing, Missouri”) most effectively achieves the human-scale warmth of a low-key western. Eastwood understands the appeal of an ending that doesn’t overdo it, one that, after articulating the expected lessons about machismo’s emptiness, still leaves a few things unsaid, even wondered about, before the fade-out that keeps the better vibes in a more modest, sweet-natured effort from overstaying their welcome.

Again, it’s impossible not to speculate how the uneven but fine “Cry Macho” would be perceived as a last dance for its legendary director-star. It’s a simple, sentimental tale about the border, but not that one; It’s about the one between young and old, your past and your future, and when it’s your 42nd film, and you’ve already said plenty about the topic (“Honkytonk Man,” “Unforgiven,” “Million Dollar Baby,” “Gran Torino”), sometimes “fine” is enough to keep the legacy burnished.

“Cry Macho” opens in US theaters and on HBO Max September 17.