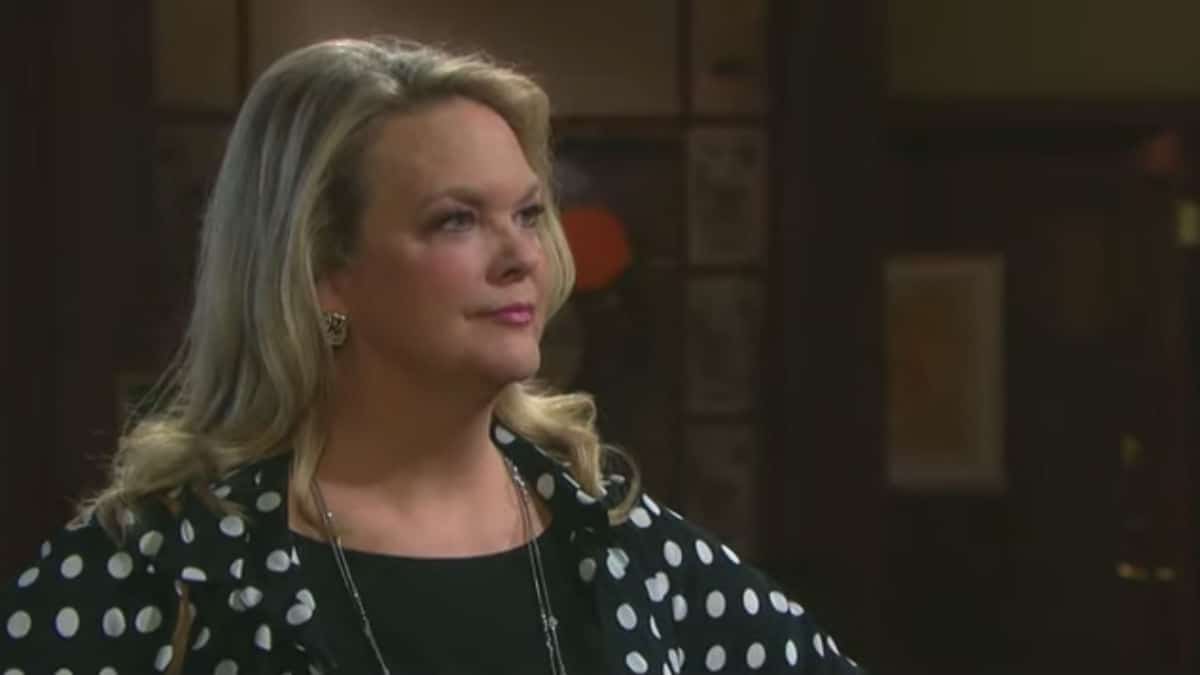 Days of our Lives fans have been rooting for all of evil Kristen’s (Stacy Haiduk) poor victims to get what they deserve. It finally looks like restitution is being paid, but at what price?

Anna DiMera (Leann Hunley) has paid dearly at Kristen’s hands. First Kristen revived her true love Tony (Thaao Penghlis) from the dead, but then she married him. Never mind that he’s her relative in some twisted DiMera DNA way.

Now it looks like Kristen has relented and done the couple a solid. But with Kristen, everyone should be careful what they wish for.

Initially, Anna pleaded with Kristen to help Tony get out of jail and escape a lengthy sentence. Even though Kristen’s fingerprints are all over the murder, it’s Tony who’s being held responsible for Ted’s (Gilles Marini) shooting.

Anna’s hand wringing has no effect on Kristen who is thinking only about how to get hunky Brady (Eric Martsolf) off her mind and in her bed.

Kristen listened as Anna begged her to help, finally reminding her that Tony saved her life. None of it is working until Anna brings up true love and Kristen admits she’s in love and is apart from the object of her heart’s desire.

Kristen agrees to help Anna and Tony, then reneges. Anna throws Brady in her face, adding insult to injury.

Yet, despite all of Kristen’s reluctance, Tony is freed and he and Anna acknowledge Kristen’s part in his freedom.

What price will they have to pay now that they’re indebted to Kristen? A pretty penny no doubt!

Afterward, Kristen tries to get on Brady’s good side with her the good deed she pulled. Brady wants nothing to do with her toxicity, however.

He’s afraid to enter her cobweb yet again and determined to stay away. His dad John (Drake Hogestyn) now knows about his son’s conflict so no doubt he’ll be a thorn in Kristen’s side and a barrier to her reunion with Brady.

This leaves Anna and Tony at Kristen’s mercy. Has Anna sold her soul to the devil in exchange for Tony’s freedom?

Be sure to tune in and find out!