When Mena Massoud, the star of the new “Aladdin” live-action remake, got the first callback for the title role, he decided not to revisit the beloved 1992 animated original. Instead he wanted to draw inspiration from the underlying theme: a “journey of personal identity.”

The cartoon does carry a well-intentioned, universal message of being true to yourself. But it has also been criticized for promoting the stereotype of “barbaric” Arabs. And though it’s set in a fictional port city in Arabia, its characters were voiced by a majority white cast.

Born in Cairo and raised in Toronto, Massoud, 27, has a rosier view of the earlier movie. “My parents knew about the story of Aladdin far before the animation film. It’s a folk tale that is very prevalent in Egypt,” he said, adding that the movie is a “very positive depiction of where we came from.”

Still, Disney needed to update the revival for woke audiences. After an open, worldwide casting call, it wound up with a diverse cast that includes the British actress Naomi Scott, who plays Jasmine and is of Indian descent, and actors with Iranian and Tunisian roots. Massoud, who had a recurring role in “Tom Clancy’s Jack Ryan,” won out over more than 2,000 hopefuls who auditioned for his role.

The film has received decidedly mixed reviews from critics, though in his New York Times review, A.O Scott called the casting “admirable.”

In a recent phone interview, Massoud explained why he thought it was “counterproductive” to critique the story and casting process and shared his thoughts on Will Smith’s blue genie. These are edited excerpts from the conversation.

Were you a fan of the animated “Aladdin” growing up?

Yeah, he’s one of the only characters that I could relate to on a cultural level. I have two older sisters. They had it on at the house before I could even walk, so I grew up with it in my childhood in a big way.

Did you ever have any thoughts about the backlash it received for the original “Arabian Nights” lyrics and its portrayal of the characters?

No. Growing up in my family, we just celebrated that film because it was one of the few that had any representation for us. It’s very pretentious to start nit-picking things when there’s not a lot of representation out there anyway. You have to start somewhere.

Casting for the live-action remake took longer than expected because it was difficult to find an actor for the lead role. Were you following that process as it played out?

When I first saw the online casting [call], I was very excited. I put a tape together. I didn’t have much hope because when they’re getting tens of thousands of tapes from around the world, the chance of it even getting seen is very low. So we didn’t hear anything back, I assumed they were going to one of the Hollywood established stars, and that was it. Four months later, I heard from my reps and I was shocked that they were still looking for someone. I put another tape together and flew to London twice to test for it.

Why do you think the parts of Aladdin and Jasmine went to relative newcomers?

From my understanding, [the producers and the director] did go out to stars at the beginning, but they just couldn’t find anyone able to pull off the singing and dancing and acting. They were looking for a singer that could pull off the acting. And they came to realize over months of searching that they actually needed a really strong actor because Aladdin only really sings two songs. So I think that’s when they started changing their approach. 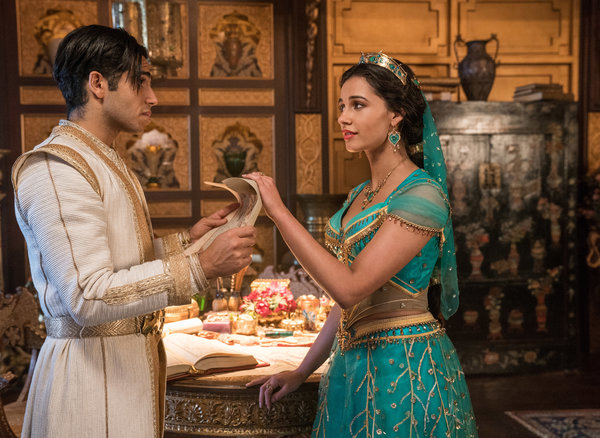 When Disney announced that Naomi Scott would play Jasmine, some fans reacted angrily on Twitter and said the role should have gone to someone of Arab heritage.

It’s a funny thing that’s happening online. The Middle Easterners want “Aladdin” to be a Middle Eastern story, and the Indians want “Aladdin” to be an Indian story. The truth is, it’s really a folk tale from the 1800s, and Agrabah is a fictional place that’s a culmination of India and Asia and the Middle East. In fact, in the original folk tale, Aladdin was actually of Chinese descent. So what we wanted to do with this was represent as many different cultures from that part of the world as possible.

How did the filmmakers address concerns about cultural sensitivity and representation beyond casting? Did you ever feel the need to flag anything that seemed off?

They had a team of cultural advisers on set. And no, to answer your question. It’s the most represented and the most respect, culturally, that I’ve ever felt in my career. My first professional gig was on a show called “Nikita,” and I played Al Qaeda No. 2. At that time I had to take those roles because I just wanted to get my foot in the door. So I think [Disney] handled it beautifully and [this] needs to happen more in Hollywood.

What was it like working with Will Smith? How did you hold your own on set?

I’ve been in the industry for about 10 years, and I think if you want to work with the best directors in the world and the best performers in the world, you have to value yourself and what you have to offer. Don’t get me wrong — I was really nervous the first time I met Will. But we had a lot of time to prep and to get to know each other, so by the time we got to filming, he [was] just a co-star of mine.

What did you think of his take on the blue genie?

You recently sent out a message to Egyptian viewers in Arabic on Twitter. Do you still have ties to the country?

Definitely. I grew up speaking Arabic at home. I’ve been back to Egypt a few times. I’m planning to go back again this year for the El Gouna Film Festival in September.

What’s next for you?

Right after this I’m shooting a series on Hulu called “Reprisal.” It’s produced by Warren Littlefield and it’s with Abigail Spencer and Rodrigo Santoro. It’s very dark and dramatic and very different from “Aladdin.”

And you’ll be voicing the poet Rumi in an animated film slated for 2020. 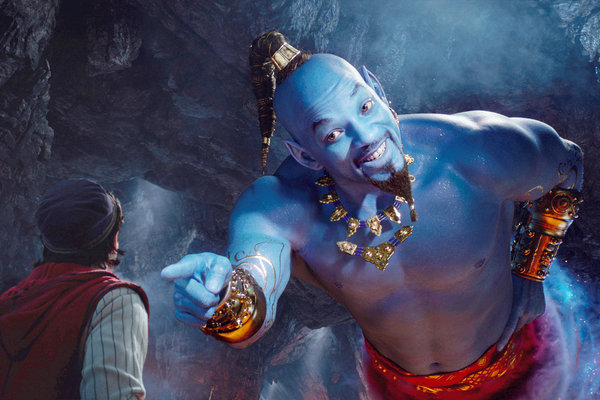 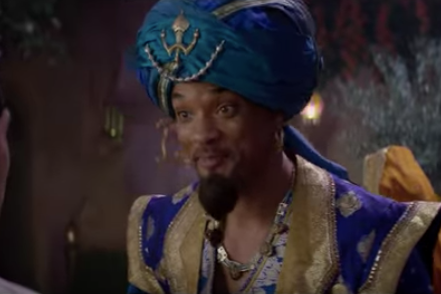