Throughout his career, Steven Spielberg has achieved a solid balance of sci-fi adventure and historical dramas. Of course, that’s an oversimplification of his filmography. But the point is that — no matter what genre he tackles — Spielberg’s sensibility shines through. Never is this truer than in 1982’s E.T. the Extra-Terrestrial, a movie that accidentally gave a huge boost to Reese’s Pieces candy. Here’s how that happened. 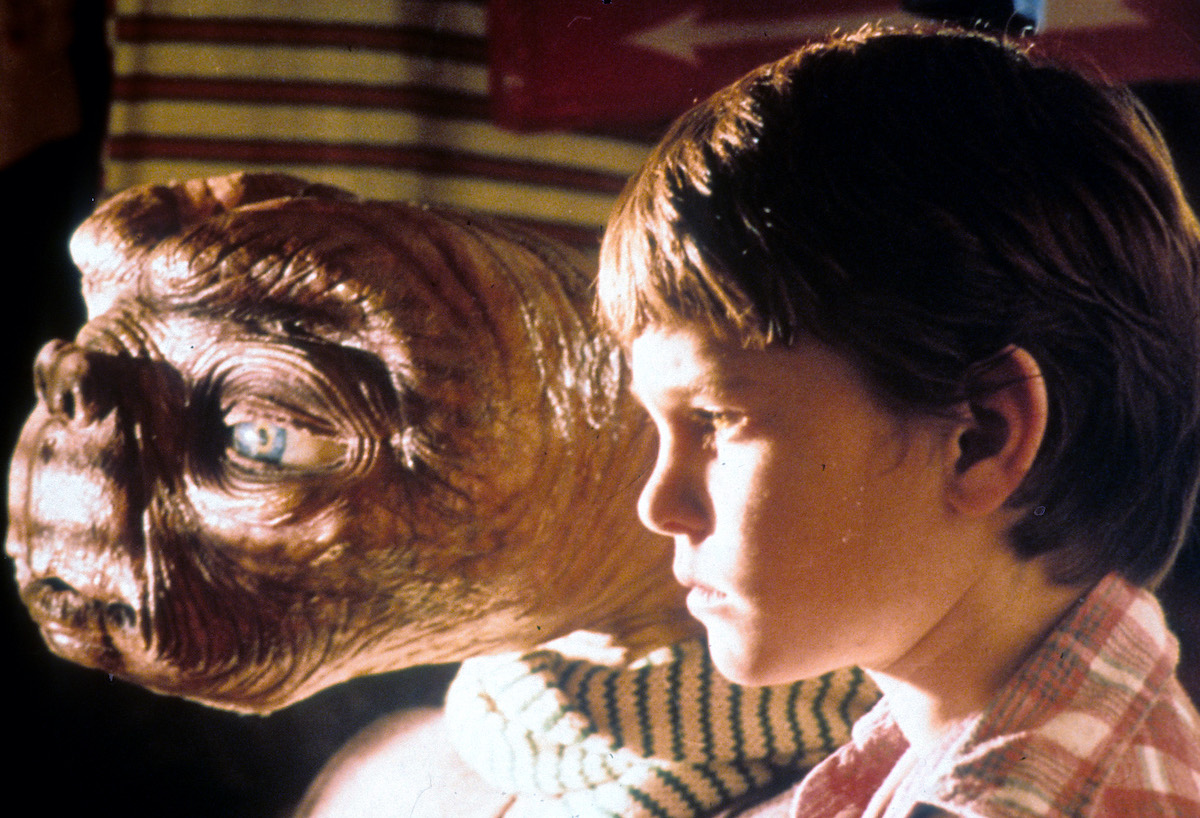 ‘E.T. the Extra-Terrestrial’ is among the most beloved Steven Spielberg movies

In many cases, Spielberg has been open to the idea of building a single hit into a franchise. While he normally only produces such projects, Spielberg directed four Indiana Jones movies and even stepped behind the camera for The Lost World: Jurassic Park. However, he never truly took any steps toward making a sequel to E.T. the Extra-Terrestrial, despite the clear market for it.

The film still stands as the most critically acclaimed movie Spielberg has directed, according to Rotten Tomatoes. And once upon a time, it topped Star Wars as the highest-grossing movie ever made. To date, E.T. the Extra-Terrestrial has earned $793 million worldwide on a production budget of $10.5 million, according to Box Office Mojo. Still, not everyone wanted to be a part of it at first.

In one key scene, Elliott (Henry Thomas) lures the title character with a trail of Reese’s Pieces. But initially, this candy — which had yet to hit mainstream popularity — never appeared in Spielberg’s film. Instead, according to Snopes, M&Ms were planned to feature prominently in E.T. the Extra-Terrestrial. However, its parent company, Mars Incorporated, refused to give Spielberg permission to use M&Ms in the movie.

And so E.T. developed a love for Reese’s Pieces. Hershey Foods struck a deal to promote E.T. with $1 million of advertising. Meanwhile, Universal would allow the company to feature E.T. in its own ads. Unfortunately for Mars, the movie worked wonders for Reese’s Pieces. Sales reportedly jumped as high as 85 percent in the weeks following the opening of E.T. the Extra-Terrestrial. And the candy still remains popular today.

The partnership between Hershey Foods and E.T. the Extra-Terrestrial still stands as one of the most successful instances or product placement in Hollywood history. Many other films have tried to blatantly work existing products into their own stories. In particular, a number of imitators — as such as the McDonald’s-heavy Mac and Me — tried and failed to duplicate the result from Spielberg’s movie.

Although M&Ms might have worked just as well, there’s something unique in how E.T. the Extra-Terrestrial helped popularize Reese’s Pieces. The two entities have both endured over the years and remained interlinked even now. And it’s wild to look back at their shared legacy and how Spielberg was able to make it work to such a strong degree.