Facebook’s move Wednesday to ban news content in Australia has caused shockwaves not only among publishers Down Under but among news execs elsewhere who are wary that they could soon face similar situations as regulators bear down on Big Tech.

The social networking giant blocked all Australian users and publishers from sharing or viewing news content — a ban that extended to preventing users from outside the country from viewing content published by Australian news outlets. The ban was a response to a proposed law called the News Media Bargaining Code that would force tech companies to pay to display Australian publishers’ news content on their platforms.

Media executives around the globe told Insider they were watching the developments in Australia closely as broader tensions between tech platforms, publishers and regulators near a boiling point in the US and beyond.

“These are the opening salvos in a long-running commercial and philosophical war between these new titans in the communication world and the traditional suppliers of professional news,” said Chris Shaw, editorial director at ITN, the UK-based TV production company responsible for ITV News, Channel 4 News and Channel 5 News. “There’s bound to be a similar punch-up in the UK in the future.”

Justin Wohl, the chief revenue officer of US news site Salon, said the news ban “is definitely of concern.” Even without the ban, global traffic to Salon from Facebook was down 61% from late last year. Wohl said he contacted Facebook twice this month to discuss its shifting policies regarding news publishers but has not heard back.

Other publishers and broadcasters expressed their disappointment in Facebook’s Australia news blackout.

“We are astonished by this inflammatory move which is a blatant and clumsy attempt to try and intimidate the Australian government into watering down the provisions of the” Australian Competition and Consumer Commission code, said a spokesperson for MailOnline.

Spokespeople for The Guardian, News Corp Australasia and the Australia-based radio, TV, and newspaper company Nine Entertainment also said the move had the potential to ramp up the volume of misinformation spread on the site.

“We believe that public interest journalism should be as widely available as possible in order in a healthy functioning democracy,” said The Guardian spokesperson.

A Facebook spokesperson said by email that the company wants to keep investing in news in countries where “the regulatory environment encourages collaboration between publishers and platforms.” The spokesperson added that Facebook recently launched Facebook News in the UK and that it’s working to roll out the service in Germany and France later this year.

The impact of Facebook’s news blockage was felt immediately by Australian publishers, who, like fellow global media businesses, rely on the social network as a key driver of traffic to their websites. At 1 p.m. Eastern Time Wednesday, over 15% of Australian visits to publishers’ websites were driven by Facebook — a figure that dropped to just 5% by 8 p.m. the same day, according to analytics firm Chartbeat.

Especially pronounced was the dropoff in traffic to Australian sites from visitors outside the country, which plummeted day-over-day by 20%.

Notably, Chartbeat’s analysis showed that unlike with Facebook-wide outages — when the entire site goes completely down — Australian users remained on Facebook and didn’t switch to other social platforms amid the publisher blackout to get their news fix. It’s a sign that publishers need Facebook more than the other way around. The tech company has previously said that news content makes up less than 4% of the content users view on their news feeds.

Some Australian publishers and users were quick to spot loopholes to the ban. ABC News, for example, was still able to send out its morning news update via the Facebook Messenger chatbot.

Other titles including The Australian and Daily Telegraph are using the small “about” sections on their freshly-wiped Facebook pages to point users towards their other social channels and homepages.

Meanwhile, as The Guardian reported, some users found earlier on Thursday they could still share news stories via third-party aggregator services or by posting links to tweets with news article links contained within them.

Facebook’s ban even swept up publishers outside of the country that share similar names to Australian sites. The Facebook pages for UK newspaper The Telegraph and UK TV news channel Sky News both displayed no content as of the time of publication. A Sky News spokesperson said the outlet believes the change happened in error and that it was speaking to Facebook to rectify the issue. The Telegraph didn’t return a request for comment.

The Australia situation is seen by the publishing world as a testing ground for fights that will likely pop up around the globe as lawmakers in Europe and the US ramp up regulatory pressure on tech platforms. 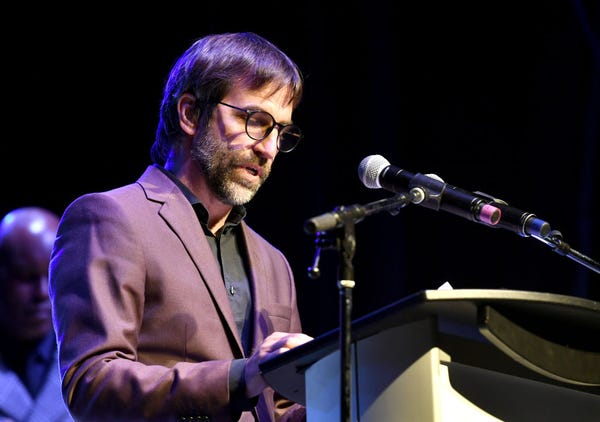 In Germany, where publishers have historically been deeply skeptical of tech platforms, particularly over privacy issues, the BDZV trade group representing digital publishers blasted Facebook as showing its “true colors” in Australia and said that Facebook was a global media company that “must be regulated accordingly.”

Facebook’s regulatory tussle over paying publishers for news in Australia dates back to last year, when the country’s competition regulator drafted a code of conduct to address what the watchdog called “bargaining power imbalances” between media companies and tech giants. Google and Facebook represent around 30% and 20%, respectively, of the $10 billion spent annually on advertising in Australia, according to GroupM estimates.

Under the News Bargaining Code, which has yet to take effect, news publishers would be able to negotiate collectively or individually to be paid by Facebook and Google when they carry those publishers’ news content on their platforms. Elsewhere, the code requires tech companies to give advance notice of big changes they plan to make to their algorithms.

While Facebook reacted to the code by blocking news content, Google on Wednesday took the opposite tack — striking a series of deals with Aussie publishers, including Nine Entertainment, Seven West Media, and the Rupert Murdoch-controlled News Corp.

Some publishers have voiced concerns over Facebook’s Australia news ban, but media owners may also feel “emboldened” that regulators are beginning to look into issues such as fair compensation for content creators from the tech giants, said GroupM president of business intelligence Brian Wieser.

“It’s clear governments around the world are trying to take action against Facebook and Google, which would have the effect of attempting to benefit the incumbent publishers,” Wieser added.

Mike Federle, chief executive of Forbes, described Facebook’s Australia news ban as a “very aggressive and thus characteristic move” on the social network’s part, and a move that is unlikely to help in its efforts to tend off antitrust efforts in the US. However, he added, while Facebook’s moves might be a hard pill for publishers to swallow, he believes the company will continue to act in its interest.

“From my perspective as a publisher, you have to work within the ecosystem,” Federle said. “Publishers are working within a Google and Facebook world.”

The news ban that left Australian publishers scrambling this week also offered publishers another lesson about the need for multiple paths to lure in readers to their content.

Paul Hamra, managing director of Solstice Media, which publishes a group of national and state-based news sites, said the company’s business model is based on email, though Facebook drives additional traffic. “The loss of this support will be unhelpful but not debilitating,” he said.