When Ross Mathews was just eight years old, he was watching “Live! with Regis and Kathie Lee” with his mom while celebrity guests made appearances on the show, and saw “how happy it made his mother,” according to The Famous People. That’s when he decided “that when he grew up, he wanted to be a talk show host as well.” Making that pledge to his mom remained his motivation to succeed.

Granted, Mathews first had to overcome a certain … insecurity. During a chat with CNN, the outlet brought up the fact that he “got [his] start, in part, because of an attribute [he was] once ashamed of;” his voice. Matthews explained with a laugh, “[A]t a certain point I just had to realize puberty d**ked me over. So I just said, ‘Use it! Shake your moneymaker.'” Although people in his life “used to make fun” of him, he “just realized one day that this is the card you’ve been dealt, use it to your advantage. And when I did that, everything changed for me.”

Indeed, Mathews went on to find fame as “Ross the Intern” on “The Tonight Show with Jay Leno,” before going on to pop up on “The Insider,” “Celebrity Big Brother,” “Chelsea Lately,” “RuPaul’s Drag Race,” and the Eurovision Song Contest. Beyond that, he’s landed red carpet gigs for the Screen Actors Guild Awards, Emmy Awards, Golden Globe Awards, and Academy Awards. He’s also made quite a bit of money over the years …

Ross Mathews used his fortune to buy a pricier home 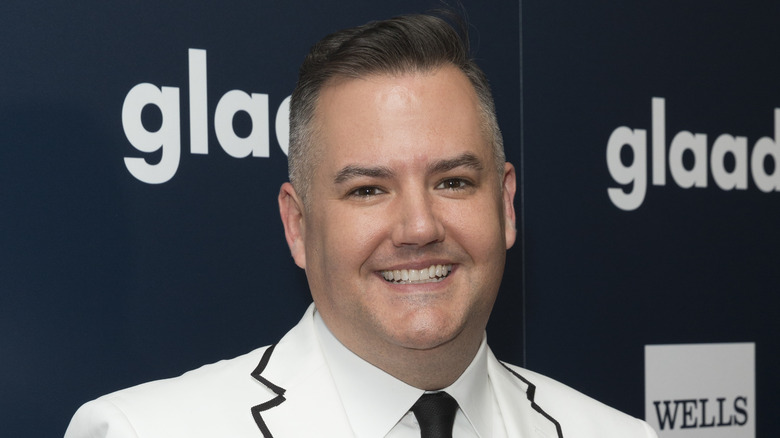 While Ross Mathews may still be ambitious when it comes to his career, he has clearly already reached the kind of success that he had hoped to achieve. Because of that, he’s now bringing in some serious money which has allowed him to upgrade his living situation.

Back in May 2013, Variety reported that Mathews and his then-boyfriend Salvador Camarena sold their “itty-bitty 1940s bungalow in … [the Los Angeles, Calif.] Atwater Village.” The two unloaded the 1,034 square-foot residence that featured two bedrooms and one and a half bathrooms for $676,500. However, that was far from the last real estate-related move that Mathews has made. In 2016, the star picked up the property in Palm Springs for $570,000, according to the Los Angeles Times. He then sold it in 2019 for $598,000. Where did he go from there? Trulia noted that he happened to become the new owner of an abode in Glendale, Calif., which cost him a cool $1.1 million. With 3,788 square feet, three bedrooms, and three bathrooms, as well as “a newly-built custom kitchen, a master suite on its own floor, a downstairs game room, wine cellar, and incredible patios for entertaining,” it seems safe to say this is a dream (if somewhat pricey) home!

How can Mathews afford it? Well, according to Celebrity Net Worth, he has a fortune that sits at a modest, yet still impressive, $2 million.