Okay, picture this: You’ve just watched House of Gucci, the movie in which you saw Adam Driver and Lady Gaga run around Italy being fabulous and Jared Leto run around Italy being… less so. You’re still trying to analyze which of the accents in the film were Italian and which were based on other countries entirely, and you stop to wonder: Was this sh*t real? The basic gist of the film is that Lady Gaga’s character, Patrizia Reggiani, marries Maurizio Gucci, the heir to THEE Gucci business and fortune. When things between them turn sour, Gaga’s character arranges for a hitman to murder Gucci. It is, simply put, wild.

The movie wasn’t far off when it comes to the basics of the real-life murder.

Maurizio was indeed shot to death on the steps of his office on March 27, 1995 a year after his and Patrizia’s divorce, and Reggiani was arrested and later convicted and sent to prison for 18 years for her involvement in orchestrating the crime. And just like in the movie, Patrizia wrote “paradeisos” in her diary that day, which means paradise.

According to People, prosecutors for the case “argued that Patrizia was jealous that Maurizio was about to remarry (to Paola, who is also in the movie) because that marriage would cut her alimony payments in half.” Patrizia, for her part, maintains “I’m not innocent, but I’m not guilty.”

But unlike the movie, the timing was different in real life.

The movie doesn’t do a great job of establishing a timeline here, and it fudges some things. Something that’s hard to gather from the movie is that it took Maurizio and Patrizia almost 10 years to get divorced after a fateful trip to Saint Moritz (which IRL was a trip to Milan). Here’s a brief/rough timeline:

A few things to note here. In the movie, it seems like Maurizio’s new girlfriend is the *reason* he and Patrizia get divorced, but the IRL timeline shows them dating later on. The movie also makes it seem like the divorce drama happened quickly, when in reality it was drawn out over a decade. 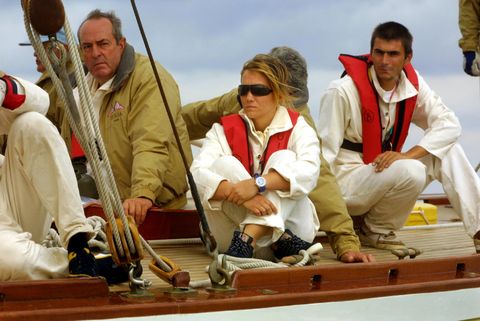 And this is Alessandra, also pictured in 1997. 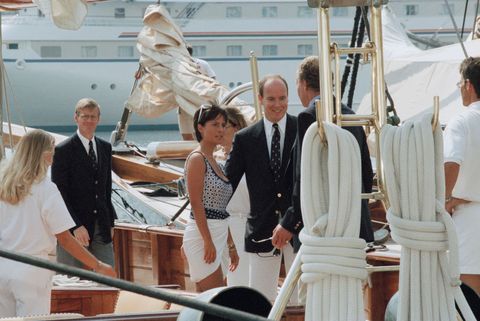 The real Patrizia was released from jail in 2016.

She was initially sentenced to 29 years, but it was reduced to 26 and then she got out in 18 for good behavior. She lives in Milan today.

Although Reggiani is currently living her life as a free woman, she and Lady Gaga haven’t met, and it sounds like Lady Gaga doesn’t plan on changing that anytime soon. “I didn’t want to meet her because I could tell very quickly that this woman wanted to be glorified for this murder,” Lady Gaga said during an appearance on Good Morning America. “And she wanted to be remembered as this criminal. I didn’t want to collude with something I don’t believe in. She did have her husband murdered.”