Hobbit Day 2021 celebrates the 20th anniversary of Peter Jackson’s Lord of the Rings trilogy. Surprisingly though, The Lord of the Rings franchise received very few comic adaptations over the years. In fact, out of all of JRR Tolkien’s Middle-Earth books, only The Hobbit comics have fully materialized. However, they managed to outperform the massive DC title, Suicide Squad. 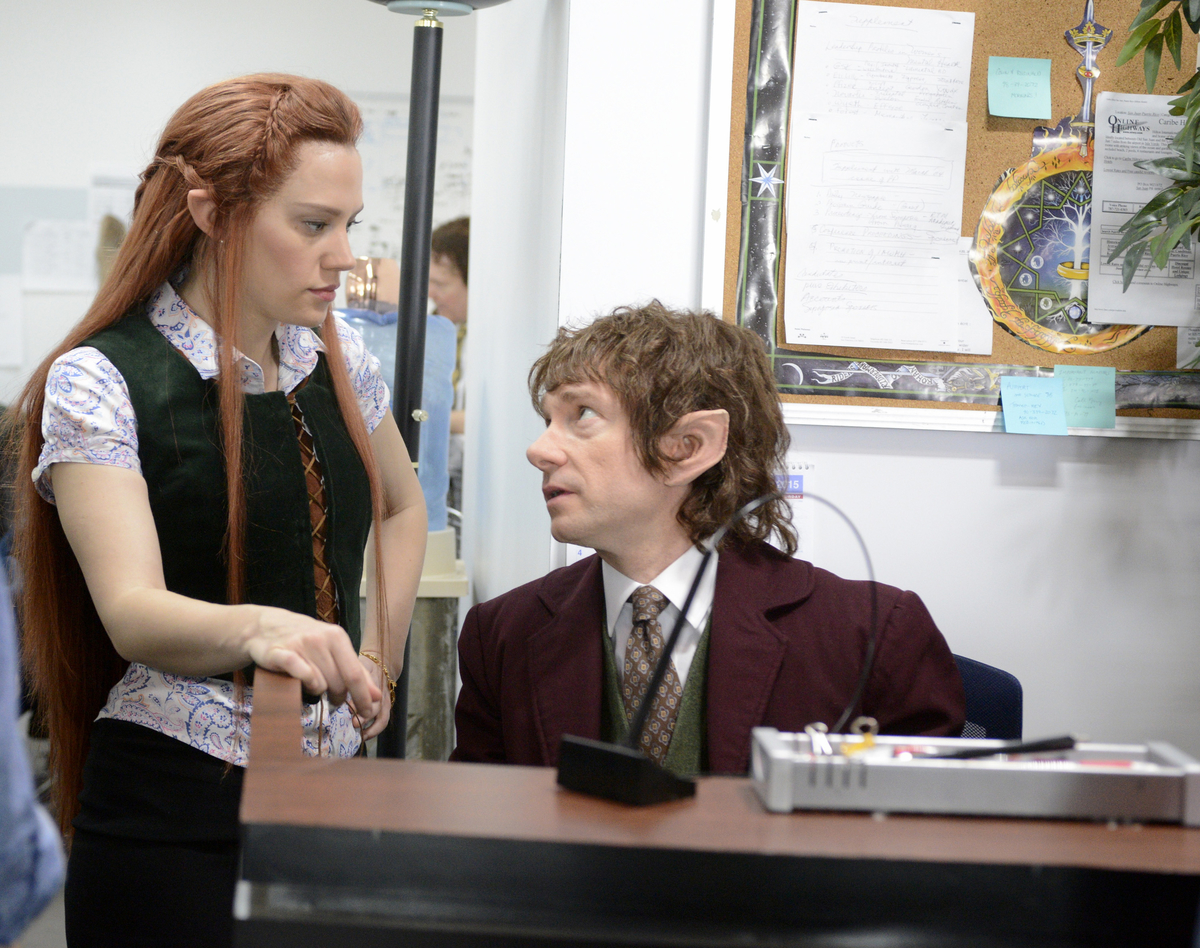 The Hobbit released in 1937, while Fellowship of the Ring and The Two Towers debuted in 1954.

The JRR Tolkien fantasy world of Middle-Earth was never unpopular, but it peaked with Jackson’s trilogy’s release.

However, with Tolkien long gone, fans had to look to the past. A franchise as enormous as Lord of the Rings had to have dozens of adaptations, right?

An article from Polygon notes that Middle-Earth had seen several other mediums off the page.

“There had been no less than four radio versions, two television adaptations, a stage play, and an earlier animated movie based on the opening book in the trilogy,” Polygon reported.

Fans could enjoy the earlier adaptations, yet audiences could not ignore the glaring whole. Seemingly everything received comic adaptations, from Star Wars to Scooby-Doo!

While the trilogy never saw a comic adaptation, its predecessor did; two, in fact.

The Polygon article confirmed that The Hobbit: An Illustrated Edition of the Fantasy Classic actually outsold some surprisingly big titles.

“The Hobbit: An Illustrated Edition of the Fantasy Classic was originally released as a three-issue series by indie publisher Eclipse Comics, launching in August 1989 and selling surprisingly well, based on contemporaneous sales charts,” Polygon reported.

Among those titles were Suicide Squad and Neil Gaiman’s Sandman, both of which secured film adaptations.

“The series was written by Chuck Dixon, the same guy that also wrote DC’s Nightwing and Robin for years in the 1990s,” Polygon said, “but the real star of the book was David Wenzel, a former Marvel creator.”

On the Marvel side, The Hobbit comic ranked above Punisher and Cloak and Dagger.

This was the second ‘Hobbit’ comic adaptation

If the 1989 debut of The Hobbit comic marked the first adaptation for Middle-Earth, fans would understandably rush to the stands for the events.

However, The Hobbit: An Illustrated Edition of the Fantasy Classic was the second comic adaptation for the book.

“The first wasn’t a comic strip; British publishers Fleetway ran an abridged version of the story, accompanied by spot illustrations by Ferguson Dewar, across 15 issues of the anthology series Princess and Girl in 1964,” Polygon reported.

Though, this initial adaptation was not received kindly by Tolkien himself. The author complained that Gandalf resembled more of a ‘magician’ than a ‘wizard.’

The staying power of the Lord of the Rings and The Hobbit cannot be denied. As Hobbit Day 2021 celebrates the 20th anniversary of Jackson’s epic trilogy, Middle-Earth saw adventures in several other mediums.