It’s the tragic romance we didn’t know we needed. Two powerful leaders, trapped on opposite sides of a war, somehow connected by the force. The next chapter of their story, Star Wars: The Rise of Skywalker premieres on December 20, 2019. Until then, fans are left wondering how Rey and Kylo Ren’s force bond works. Here’s what Daisy Ridley and Adam Driver have to say about the connection. 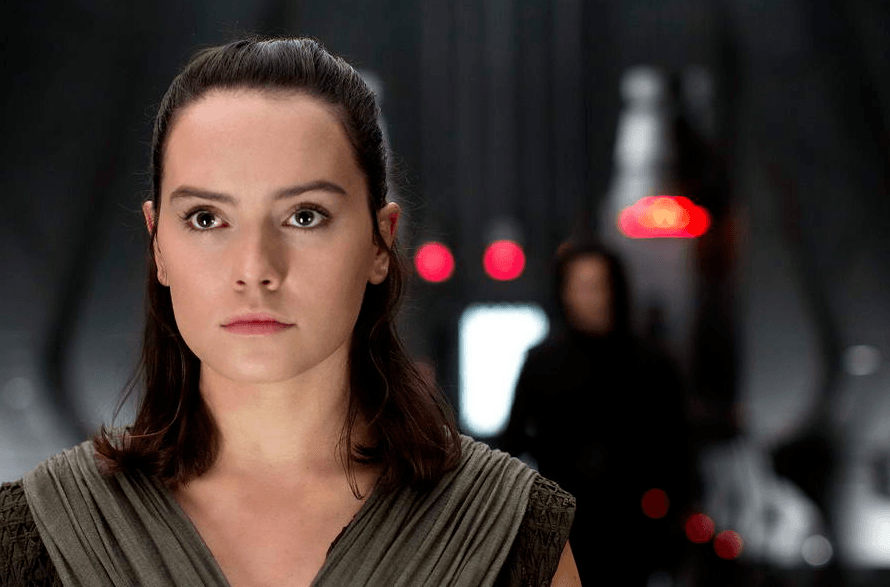 At its heart, Star Wars is the story of love and war. Whether it’s Anakin and Padme stealing kisses in the prequels or Princess Leia and Han’s arguing during the original movies, we’ve seen how much a love story can impact the galaxy.

Since Star Wars: The Last Jedi, fans of “Reylo” have a little more to cling onto — Rey and Kylo Ren’s force connection. (Some still say Kylo Ren and Rey are related, but we won’t get into that.)

Snoke tells Kylo Ren and Rey that he bridged their minds in the first place. It is unclear if this is the truth or not, however, due to the fact that the two still connect after Snoke is killed. Could it be that Snoke is still alive? Is it that Kylo Ren and Rey connected organically?

Thanks to a recent Vanity Fair interview, fans learned a little bit more about Kylo Ren and Rey’s relationship.

Adam Driver and Daisey Ridley both spoke about their characters’ connection

According to Vanity Fair, the actors describe these main characters both stemming from isolation. Rey was allegedly abandoned by family, sold off for drinking money. The woman learned to fend and provide for herself.

Kylo Ren, as the ruler of the First Order, has no immediate friendships that viewers can see, his relationship with General Hux appearing more like a competition. Adam Driver stated that Kylo’s isolation could even result from being Han and Leia’s child.

“If you were the product of those two people, two very strong personalities who seemed to be almost more committed to a cause than anything else, what’s that like?” Adam Driver said in his interview with Vanity Fair. “How do you form friendships out of that? How do you understand the weight of that? …It can easily go awry.”

The characters’ force relationship could stem from loneliness. After all, before Rey and Kylo Ren touched hands in The Last Jedi, reassured Rey that she wasn’t alone.

“[Kylo Ren] had been forging this maybe-bond with Rey,” Driver continued. “The Last Jedi ends with the question in the air: is he going to pursue that relationship more or, when the door of her ship goes up, does that also close that camaraderie? This idea of being alone.”

Will they have their force connection in ‘Star Wars: The Rise of Skywalker’?

It’s not exactly clear where this love/hate relationship will lead in the newest movie, Star Wars: The Rise of Skywalker. Some fans think their connection might even go deeper than force-bond conversations; one clip on Twitter pointed out Rey foreshadowing Kylo and Luke’s battle.

In Vanity Fair’s cover story, a source close to the movie “says that [Kylo Ren and Rey’s] force connection will turn out to run even deeper than we thought.”

Star Wars: The Rise of Skywalker premieres in the United States on December 20, 2019.