Fans of US drama The Blacklist may have been surprised to find graphic animation interspersed among the live action scenes in the season finale on Friday, after producers turned to special effects to get the episode on air after the coronavirus lockdown halted filming.

As the TV and film industry agrees coronavirus safety measures to safely restart shooting mothballed shows and films in the UK – from Line of Duty to The Batman – the animation and special effects industry has remained at full capacity with surging demand. 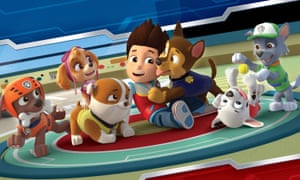 Unlike their live action counterparts, animators can work in isolation. It is common for animators and special effects staff to work in groups remotely around the world. This allows them to avoid the coronavirus concerns affecting live shoots, such as how to maintain physical distancing. Such an advantage makes animation work an alternative for schedulers and audiences as broadcasters and multiplexes scramble for fresh content.

While live action production of movies and TV shows has ground to a halt, animated film productions including SpongeBob Movie: Sponge on the Run, Paw Patrol: The Movie, Disney’s Raya and the Last Dragon and The Boss Baby 2 are all still powering ahead.

“It is kind of a crazy magic trick,” says Sarah Smith, co-founder of UK studio Locksmith Animation, which is in the process of making Disney feature film Ron’s Gone Wrong. “We are going full steam ahead, although everyone is putting in 20% more hours to achieve the same amount of work logistically working from home. But we’ve kept the movie on track.”

When the lockdown eases cinema-goers will initially be spoiled with a glut of completed blockbusters that have had their release dates put on hold, from Disney’s Mulan to James Bond’s No Time To Die. But a significant break in TV and movie production, coupled with a new world of concerns about live action filming, could fuel a boom in demand for animation and special-effects led films and shows.

“I’m definitely having conversations where people are looking at which films are easier to make if restrictions continue, or if the virus comes back again later,” says Tim Webber, chief creative officer at London-based Framestore, whose credits include Avengers: Endgame and the BBC’s adaptation of His Dark Materials. “People are looking at bringing out films that have a greater computer generated component so productions can keep being developed [if filming stops].” 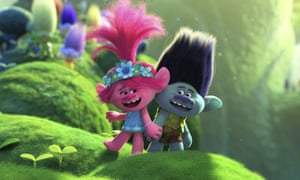 Framestore and its 2,500 global staff are working on productions including James Gunn’s Suicide Squad, the live action-animation hybrid Tom and Jerry, Netflix’s A Boy Called Christmas and George Clooney sci-fi The Midnight Sky.

However, many films that require some animation or effects still rely on live action filming to be completed. The producers of The Blacklist got around the lockdown by requiring the actors to record some new dialogue from home.

The live action filming of Tom and Jerry, due out 23 December, had just finished before shutdown, allowing Framestore to finish the animation in the film. “We got lucky there,” admits Webber. “And with Midnight Sky, which just completed principal photography, it just got in under the wire.”

Christian Manz, the special effects supervisor on JK Rowling’s Fantastic Beasts films, the latest of which has delayed filming at Warner Brother’s Leavesden studios due to the virus, says there are limits to replacing actors. 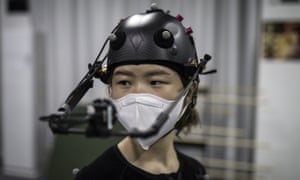 “The big question is what can you get away without physically filming,” he says. “There will definitely be an increase in digital work but none of it can be done at a push of a button. To digitally build a location you still need to capture [the real thing] in some way. If you are making a crowd of digital characters you will still need references such as to costumes and the film’s [real] characters, all of that. It will be about how to shift some of the film work to computer generation.”

Nevertheless, homebound audiences are crying out for fresh content. UK viewers are watching more than five extra hours of traditional TV each week according to Thinkbox, while streaming services have seen at least a 20% surge in usage globally.

Trolls World Tour, an animated film completed before the shutdown and destined for a global cinema release, made Universal Studios $100m (£81m) in three weeks after its release on streaming services in the US – more than the studio made from the first film’s five month run in US cinemas.

With film and TV schedules facing up to two years to get back to full strength, it looks set to be the animated sector’s time to shine.

“Given the situation now it is more likely [animation companies] will get projects green lit as they will be seen as the safest and most reliable option,” says Smith. “We are a good bet in this time as we can guarantee to make things.”