This is the latest installment of  Insider’s YouTube money logs, where creators break down how much they earn.

Not all YouTube videos with 100,000 views are equal in the eyes of advertisers.

That means that how much money a single YouTube video with 100,000 views makes from Google-placed ads depends on the content of the video and the audience who watches. But even some YouTube stars don’t realize this.

For instance, when YouTuber Ruby Asabor was first starting out, the content creator and motivational speaker thought everyone made the same rate, she told Insider in 2020. But then she found out she was making more money from YouTube than a friend of hers who had more subscribers. Asabor realized that her finance- and business-related videos, which target an older audience, were more favorable to Google’s advertisers. The advertisements that play in her videos will often be for banks or stockbrokers, she said. These advertisers pay more than others because there are fewer videos on YouTube that attract their target audience.

Creators with 1,000 subscribers and 4,000 watch hours are eligible to apply to YouTube’s Partner Program, which gives them access to monetization features. Once they are accepted, they will start earning money off the ads that play in their videos (called AdSense). These ads are filtered by Google, and how much money a creator earns depends on the video’s watch time, length, video type, and viewer demographics — among other factors.

Insider spoke with six YouTube creators about how much money each of them earned from videos with 100,000 views (and fewer than 200,000) from ads.

Here’s what they said:

This article has been updated to include additional creators. 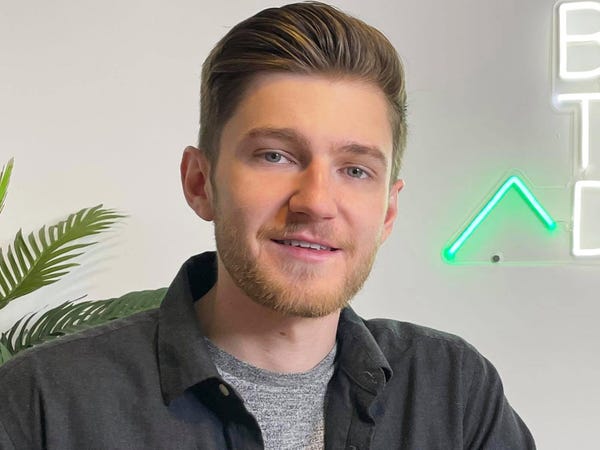 Milks is a YouTube creator who films videos about personal finance and investing.

Milks started posting finance videos to YouTube in 2018 and now has about 80,000 subscribers.

In late 2020, he quit his full-time job to focus on his YouTube business. On his channel, he talks about personal finance, stock-market investing, and real-estate investing in Canada.

He spoke with Insider in May about how much money he makes on a YouTube video with about 100,000 views.

He shared how much money four of his YouTube videos with over 100,000 views (and fewer than 200,000) earned from ads. Insider verified his earnings with documentation he provided:

Making money through Google-placed ads isn’t the only form of revenue for Milks. Creators like him earn their money a number of ways, from sponsorships and affiliate marketing to selling merchandise.

“There’s a long list of things you can do to monetize your channel,” Milks said. “But I would say first it’s a lot more important to focus on building out an audience of at least five to 10,000 subscribers first, before really focusing on monetization.”

How much money YouTube pays for 100,000 views, according to a creator 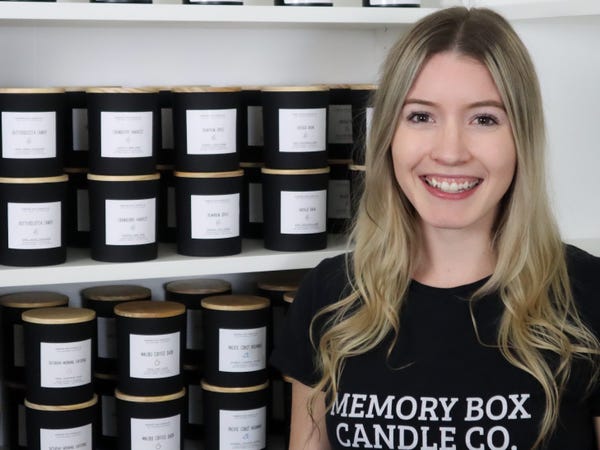 Boucher started making candles in December 2018 as a hobby, and by mid-2019 she decided to sell her homemade candles to friends and family and document the process on YouTube.

Thanks to YouTube, she was able to turn the craft into a full-time job in 2020, and her business Memory Box Candle Co. was born.

Her most lucrative revenue stream is YouTube, she told Insider in November 2020. She has 69,000 subscribers and she films videos like how she prices her candles, how much materials cost, and how she funded her business.

Her most-viewed video, titled “STEP BY STEP: How I Make My Soy Candles For My Business” has 163,000 views. That video earned about $1,300, according to screenshots of her creator dashboard viewed by Insider, and she gained around 3,000 new subscribers from that video.

Her three other main revenue streams are selling candles on Etsy, affiliate marketing through Amazon (she earns money when her followers purchase the products she has listed in her Amazon Storefront), and selling branded merchandise through Teespring.

A YouTube creator and candle maker was able to turn her hobby into a full-time job because of ad revenue. She broke down her exact income for every month in 2020. 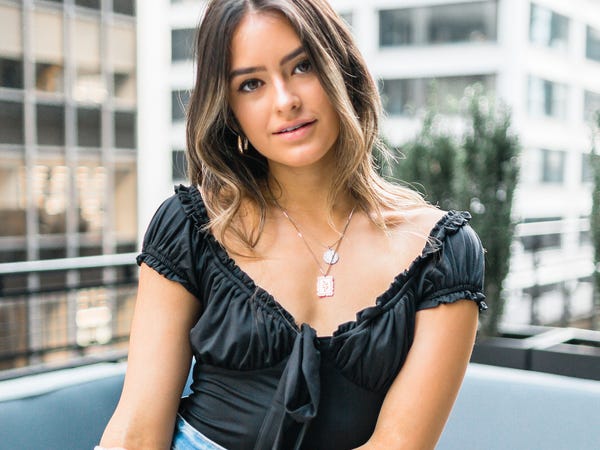 Barbu started her YouTube channel about nine years ago, posting fashion and beauty videos to the platform as an after-school hobby.

After college, she landed a 9-to-5 job and kept up with her YouTube channel at the same time. After a year of working for a company and on her personal brand, Barbu decided to pursue YouTube full time, since she was earning more money from her digital business than her traditional job, she told Insider in February 2020.

Barbu said she earns the most money from brand sponsorships, through promoting products on her YouTube channel and Instagram page, and below that, from Google AdSense. On average, she will earn between $500 to $1,000 on a single video with about 100,000 views, she told Insider in February 2020.

To make the most money possible from any video (no matter the topic), she will place an ad before her viewers will typically click off from the video.

“I make all of my videos over 10 minutes long because I feel like if not, it’s a wasted opportunity,” she said, since that allows her to place more ads. “My average viewer retention is around four or five minutes. I’ll always try to place an ad before then around the three-minute mark because I want most people to watch that second ad.”

Watch Barbu break down how she earns money as a YouTube creator, and her strategy for maximizing her earnings on the platform, here:

CRASH COURSE: A YouTube influencer explains how creators get paid, her advice for making more money, and how much she earns 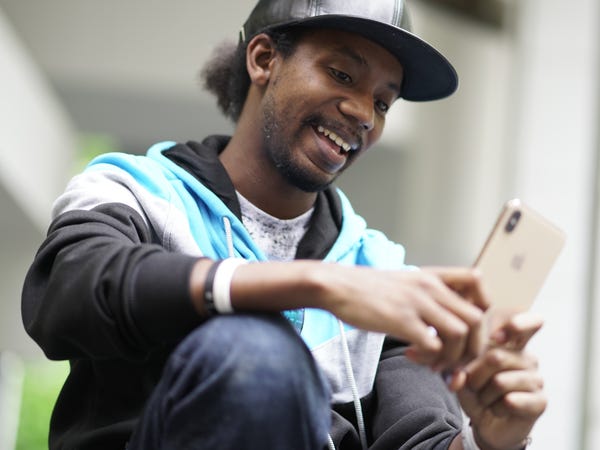 Blake started posting videos to YouTube in 2009, sharing Photoshop tutorials and the best equipment for starting a channel.

Shortly after, his online business became his full-time career, and today he posts mostly business and tech-related videos to his channel, which now has 524,000 subscribers.

Blake earns money through brand sponsorships, affiliate marketing, ads in his videos, and business coaching. He has previously worked with brands like Samsung, PayPal, and HP on sponsorships.

Blake’s YouTube videos about business and finance tend to earn him more money per view than others because they bring in an older audience demographic which is valuable to advertisers.

Check out this post for how much money he earns per sponsorship on LinkedIn:

How influencers can make money on LinkedIn, according to a creator who has worked with brands like Adobe and PayPal on sponsored posts 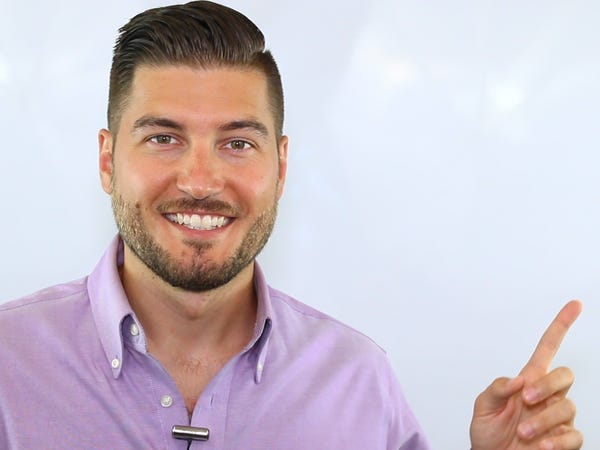 Zlatic started his YouTube channel three years ago and now he has over 630,000 subscribers.

“A big part of my income is that ad revenue,” Zlatic told Insider in February 2020. “It’s scary not knowing if that’s going to go away. You really have to keep pumping out good quality content.”

Advertisers pay more for an informative business-related video than a vlog-style video. The rate also depends on seasonality, with lower rates at the start of the year and higher ones toward the end.

Zlatic said his audience was made up of people from age 20 up to viewers in their mid-50s, a valuable demographic to advertisers.

“It’s all people that are in a generally healthy income bracket,” he added.

How much YouTube pays for a video with 100,000 views, according to a personal-finance creator 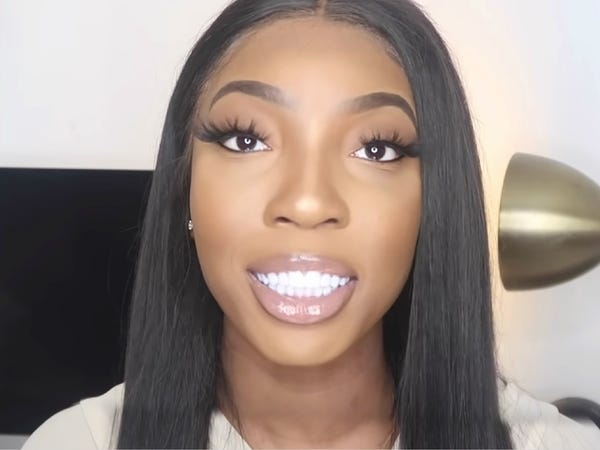 Asabor started her YouTube channel, Lavish Ruby (208,000 subscribers), five years ago. She graduated from college in 2019 with a degree in biomedicine. Now she works full time on YouTube and on her business, she told Insider in February 2020.

She earns revenue from the ads that play in her videos, affiliate marketing, selling both a course and multiple products, speaking engagements (at universities like NYU and Rutgers), one-on-one coaching, and through brand sponsorships.

Her average viewer is someone who cares about financial education and the advertisements that play in her videos will often be for banks or stockbrokers, she said.

A recent college grad living in New York says she makes a 6-figure income as a YouTube influencer. She broke down how she does it.