Olivia Sullivan used to hate her mother, wondering why she had given birth to her if she was going to be put up for adoption.

The 19-year-old business student at Newcastle University is one of more than 850 children who were adopted in Australia as a result of China's one-child policy, which ran as a population control measure from 1979 to 2016. 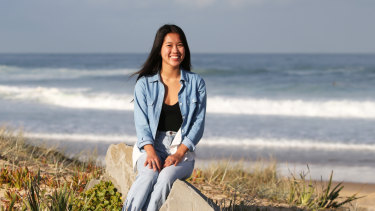 Olivia Sullivan was adopted from China in 2001. Credit:Peter Lorimer

A generation of children – many of them girls because families favoured boys who might support the family in later life – grew up in orphanages and were sent for adoption around the world.

Olivia, who was 16 months old when she was adopted by Australian parents in 2001, still finds the policy a difficult topic to discuss. 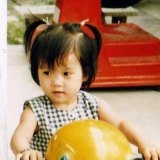 Olivia Sullivan once felt anger towards her mother, but now wants to thank her for giving her life.

While Olivia feels "blessed to be brought up in Australia", she remains upset at the policy and believes the Chinese government should have considered other methods to control the population, including greater advertising of contraceptive methods.

“Instead they have left some families with a burden and guilt for the rest of their lives as they had to give up their child,” ​she says.

"I believe the government shouldn’t play a role in deciding how many children a family can have.”

Olivia is reflecting on her adoption as a new documentary on the issue screens at the Sydney Film Festival.

Nanfu Wang and Jialing Zhang’s One Child Nation, which won the grand jury prize at the Sundance Film Festival this year, uncovers the brutal consequences of the policy including forced abortions for women who were nine months pregnant and children dying after being left in village markets.

It also shows the propaganda supporting the policy that was on playing cards, calendars and matchboxes.

The two directors, who grew up in China and now live in the US, felt it was important to record the impacts of the policy so “future generations can look at the history and understand and be aware of what might repeat in the future,” Wang says.

Mid-way through production, Wang fell pregnant and the documentary became more personal. Making the film revealed moments Wang's family had never talked about, including a cousin who died after her parents left her in a  market so they could try again for a son, and another cousin who was given to human traffickers.

“If you ask every Chinese person, they have a story to tell,” Wang says.

Over time, Olivia's feelings about her mother have changed.

“I wanted to track her down, hanging up posters and visiting the place I was left on my birthday in the hope I would see someone,” she says. “But I don’t really want to grieve about the past and spend all of my time looking for her when she doesn’t even want to be found.

“However, I am thankful that she kept me in her tummy for nine months and allowed me to live the life I have now."