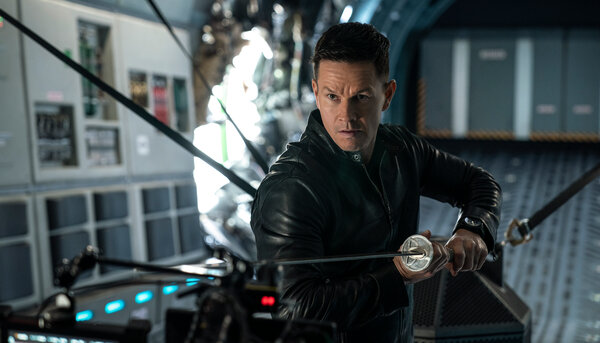 There’s an early scene in “Infinite,” Antoine Fuqua’s sci-fi thriller on Paramount+, that feels like an outtake from a social-issue drama. Mark Wahlberg’s Evan McCauley attends a job interview at a restaurant, where the slimy proprietor grills him about his past struggles with mental health before dismissing him rudely. “Who’s going to hire a diagnosed schizophrenic with a history of violence?” a dejected Evan wonders in voice-over as he walks back home. I was disarmed by the human-size pathos of this scene: Evan’s got bills to pay and pills to buy, same as us all.