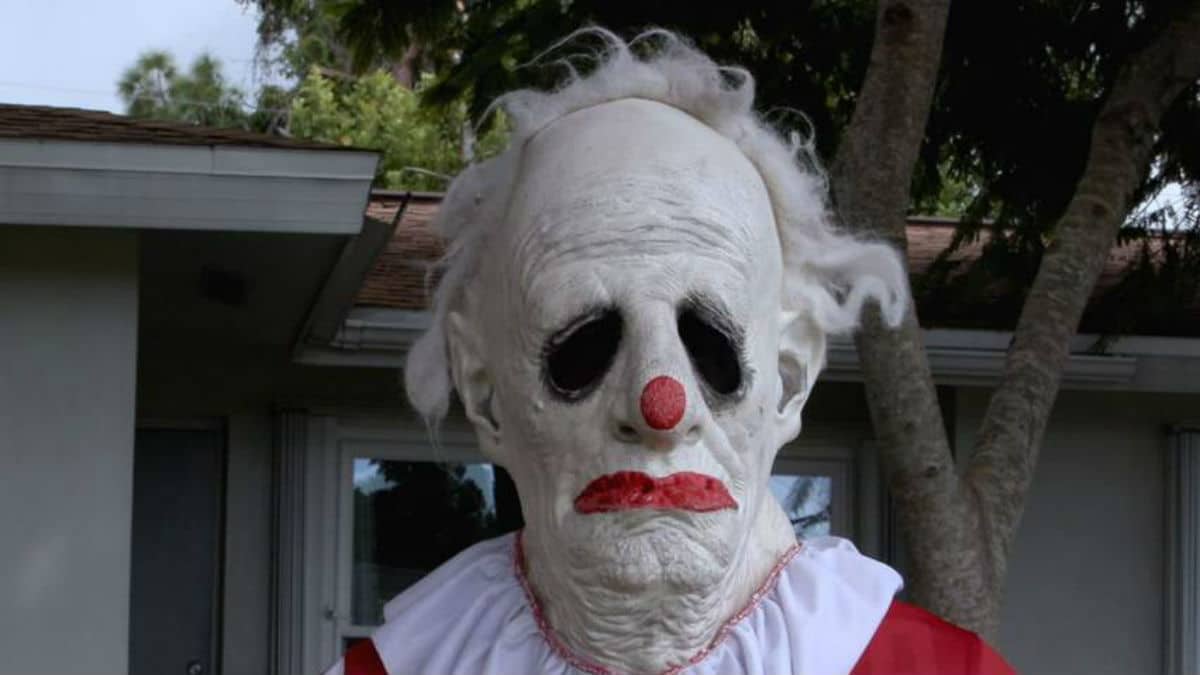 Move over Pennywise and Joker, there is a new creepy clown in town. Wrinkles the Clown is terrifying the pants off of viewers, leaving the scary fictional characters in the dust.

The trailer for Wrinkles the Clown hit YouTube last week, quickly gaining the attention of horror fans. It is hard to imagine a clown more frightening than Pennywise or Joker, but Wrinkles is now the new creepy clown on the block.

In 2015, a frightening Florida clown went viral thanks to YouTube footage of a person wearing a clown mask creeping around gatherings and people’s homes. The Washington Post did an expose on Wrinkles, revealing parents paid him to scare their misbehaving children.

Social media became flooded with grainy security and phone footage of the Florida clown. Wrinkles’ popularity even earned him a mention from Jimmy Fallon on The Tonight Show Starring Jimmy Fallon. A retired Naples man eventually took credit for the creepy character, but his name was never revealed.

Even though people are aware of the 65-year-old man dressed as a clown, horror fans are still asking if Wrinkles the Clown is real. Some people think it is all a figment of one creative filmmakers’ imagination, with the 2015 viral sensation being part of a publicity stunt.

Filmmaker Michael Beach Nichols has answered the question if Wrinkles is real or not. The answer is yes, but he says it is not quite that simple. Watching the 75-minute documentary is the best way for people to get the answer they seek.

Nicholas revealed to the Tampa Bay Times, the film “layers all the unsettling murder-clown imagery you’re looking for this Halloween season atop a fascinating study of human fear, childhood in the internet age, modern folklore and imagination.”

The only way for people to genuinely know if Wrinkles is real or not is to watch the terrifying documentary. Nicholas promises that even those who closely followed the viral sensation will learn more about the clown. It includes never before revealed footage and information on Wrinkles.

“A chilling exposé of how one man, whose identity remains unknown to this day, managed to become an online celebrity overnight and creep out people across the U.S,” reads the description from Magnolia Pictures & Magnet Releasing, which is helping Nicholas release the documentary.

The Wrinkles the Clown trailer is scaring the living daylights out of people. The new film is based on accurate information regarding one unnamed clown that is going to frighten viewers even more.

Horror fans, clown lovers, and anyone else interested in watching Wrinkles the Clown won’t have to wait too much longer to see the documentary. It hits theaters on October 4.