The British star has only just returned to set after ankle surgery. He injured himself during a stunt sequence in Jamaica. Bond wouldn’t be Bond without terrifying, death-defying action sequences, especially iconic car chases. A first look has been released in the Scandinavian press showing filming on one of the most notorious roads in the entire world. The Atlantic Ocean Road is only five miles long but swoops up and down over the Norwegian coastline, hopping across tiny islands.

The James Bond Dossier published an eye-popping image from a Norwegian outlet RBnett, which it says are from the latest Bond blockbuster.

The caption reads: “Stunt scenes, helicopter flights and driving at illegal speeds. It smells like rubber, action and costly large-scale production of the film to be recorded on the Atlantic Road on 5-7 June.”

It is impossible not to be excited about the prospect of a high-speed chase along this incredible and unique stretch of road which flies up into the air. Just look at these pictures.

The road is only one lane either way and swoops up and down as it spans stretches of ocean with the mountains in the backdrop. It will look spectacular on screen. 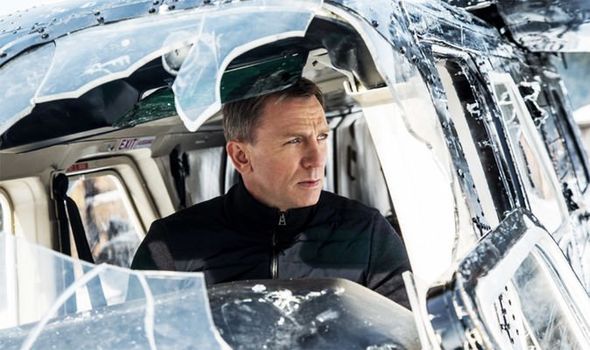 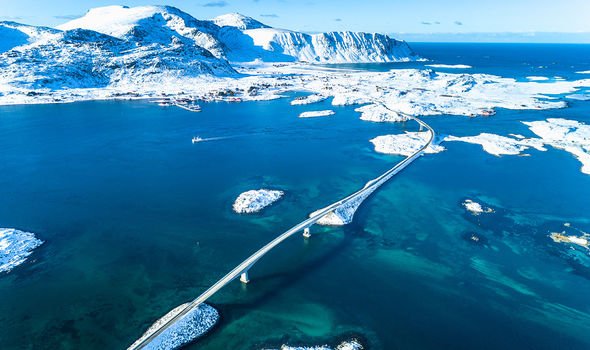 The Atlantic Ocean Road opened in 1989 and has become one of Norway’s biggest attractions.

It is built on several small islands and skerries, which are connected by several causeways, viaducts and eight bridges, including the famous Storseisundet Bridge. For those not expert in coastline terminology, a skerry is a tiny rock island or reef that has sections above the waterline but is too small for habitation.

The Atlantic Ocean Road is understandably hugely popular site for shooting car commercials and regularly features on lists of the world’s best road trips. This staggering architectural and technical achievement was voted Norwegian Construction of the Century.

Craig himself is currently at Pinewood in London, but if this report is correct, he will be heading over to Norway very soon.

Let’s hope he doesn’t have any more stunt mishaps, especially hurtling along this incredible highway.