Back in 2002, Pierce Brosnan’s final outing as James Bond hit cinemas in the form of Die Another Day. Ever since the 007 film often comes bottom when ranking the Bond films for its overblown CGI and invisible car to name a few problems. But that same year Paul Greengrass’ The Bourne Identity also arrived, debuting Matt Damon’s amnesic CIA assassin in a dark and gritty spy thriller.

The Jason Bourne film director even once told Empire that he thought James Bond was “an imperialist right-wing f***face.”

Following the reaction to both 2002 films and considering the geopolitical climate post-9/11, Bond producers Barbara Broccoli and Michael G Wilson knew that the 007 franchise needed a shakeup.

The result was a back-to-square-one reboot in Casino Royale; a Bond movie without the gadgets and camp humour. 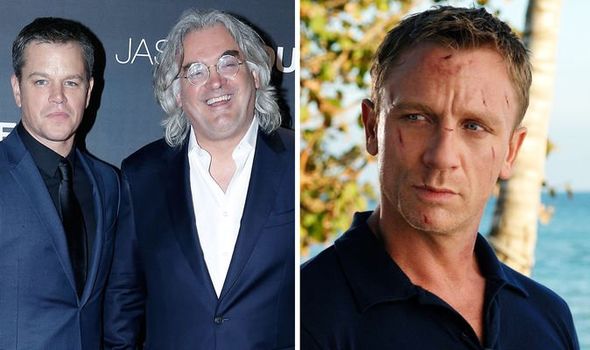 In fact, it’s been such a turnaround that Greengrass is very impressed.

Responded to his original comment, he told Empire: “To be clear, whatever my feelings expressed then towards the character, they were not expressed towards the franchise.

“It’s interesting that when Jason Bourne came on the scene, I think it was a bit of a wake-up call for James Bond.”

The Bourne director continued: “But my word, how well they’ve responded since.

“So fair play to them – they shoved my comments down my throat!”

To date, Craig has starred across five Bond movies.

They are Casino Royale, Quantum of Solace, Skyfall, Spectre and now No Time To Die.

No Time To Die was originally set to release in the UK on April 2.

However, the pandemic saw the film delayed to November 12.

However, the late star played Bond in seven movies, having made one every two years or so during his tenure.

“He is approached by Felix Leiter, his friend and a CIA officer, who enlists his help in the search for Valdo Obruchev, a missing scientist.

“When it becomes apparent that Obruchev was abducted, Bond must confront a danger the likes of which the world has never seen before.”