In the early hours of this morning, the No Time To Die trailer teaser launched. And while we won’t see the full James Bond trailer until Wednesday, it did give a few interesting shots.

Most noticeably was the mysterious masked man seen through some translucent glass.

Bond fans have been speculating that this is the first look at Rami Malek’s villain.

It’s certainly possible, although No Time To Die set photos from earlier this year shed some light on the character.

Back in March, Cary Fukunaga headed to Norway to shoot some snowy scenes for the new movie. 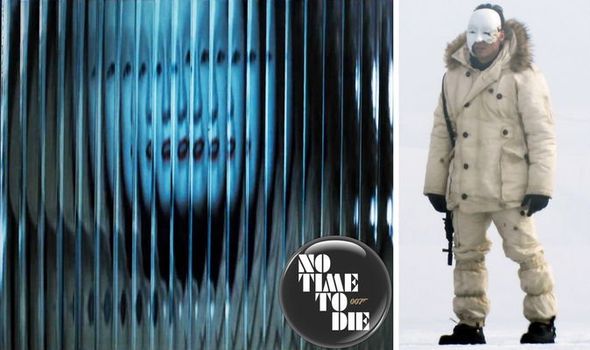 In footage and set photos, an armed man wearing the same mask as the one in the teaser – although slightly broken – is seen chasing a blonde-haired girl out of a house.

The masked man’s face can even be seen – however, it’s not Rami Malek.

Nevertheless, with the mask on this actor could be doubling for the Bond villain Safin – especially as Malek was still busy shooting Mr Robot at this stage.

But then there’s another piece to this puzzle which may suggest it’s not him but a Spectre assassin. WARNING POTENTIAL SPOILERS AHEAD. 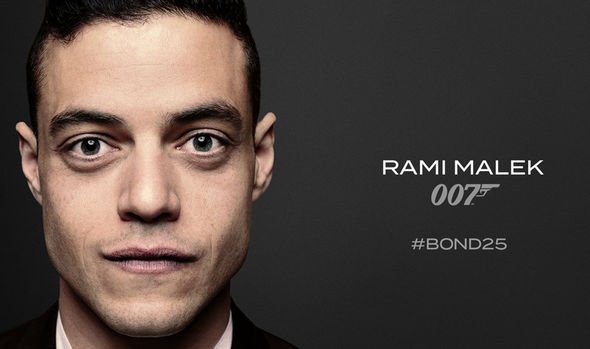 The scene, which matches set photos, was described as: “A child shoots an intruder. She is chased by a 2nd intruder and runs onto a frozen lake.”

The outlet notes the pictures and footage probably show a flashback scene for Madeleine Swann, who is also returning for No Time To Die.

In fact, this scene was seemingly described by Swann to Bond during their train journey across Morocco in Spectre.

During the trip to Blofeld’s lair, Bond insists on training Swann, the daughter of Quantum/Spectre agent Mr White, in assembling a gun.

However, he soon realises he doesn’t have to teach her anything.

She says: “A man once came to our house to kill my father. He didn’t know I was upstairs playing in my bedroom.

“Or that Papa kept a 9mm under the sink with the bleach. That’s why I hate guns.”

Of course, it’s still possible that the masked man is a younger version of Safin.

Or maybe there’s something more complicated going on considering the movie is rumoured to be around genetic warfare.

Could cloning or withheld ageing be involved? Hopefully, the first full teaser trailer on Wednesday will shed some light.