The price of a standard ticket in Japanese cinemas is going up for the first time in over a quarter of a century.

The multiplex chain Toho was the first to announce the increase in March, citing factors including building costs for new cinemas, the expense of installing 4D and Imax technology, and “anti-earthquake measures”. Another major chain, Tokyu Recreation, said it would follow suit. However, two of the largest chains, Aeon and United, said they would not change their prices. 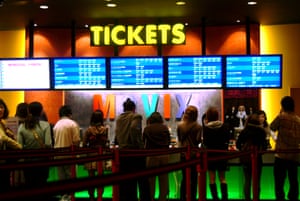 The ¥1,800 ticket was settled on in 1993, as multiplexes began to proliferate in Japan, and was seen as a way to make up for declining audiences that were being lost to TV. The consequent climb in audience numbers – reaching 169.2m in 2018, from a low of 119.6m in 1996 – gave exhibitors little motivation to raise the ticket price.