Jaws celebrated its 46th anniversary on June 20, but what better way to say happy birthday to the shark film than to re-watch and reflect on its trailblazing achievements? Steven Spielberg landed a talented cast, chose an unforgettable music theme, and used filming techniques that had never been done.

Shooting scenes in the open sea was new territory, but the great white had no problem demonstrating that the ocean is its forever home. One shark almost took down their big Orca boat. 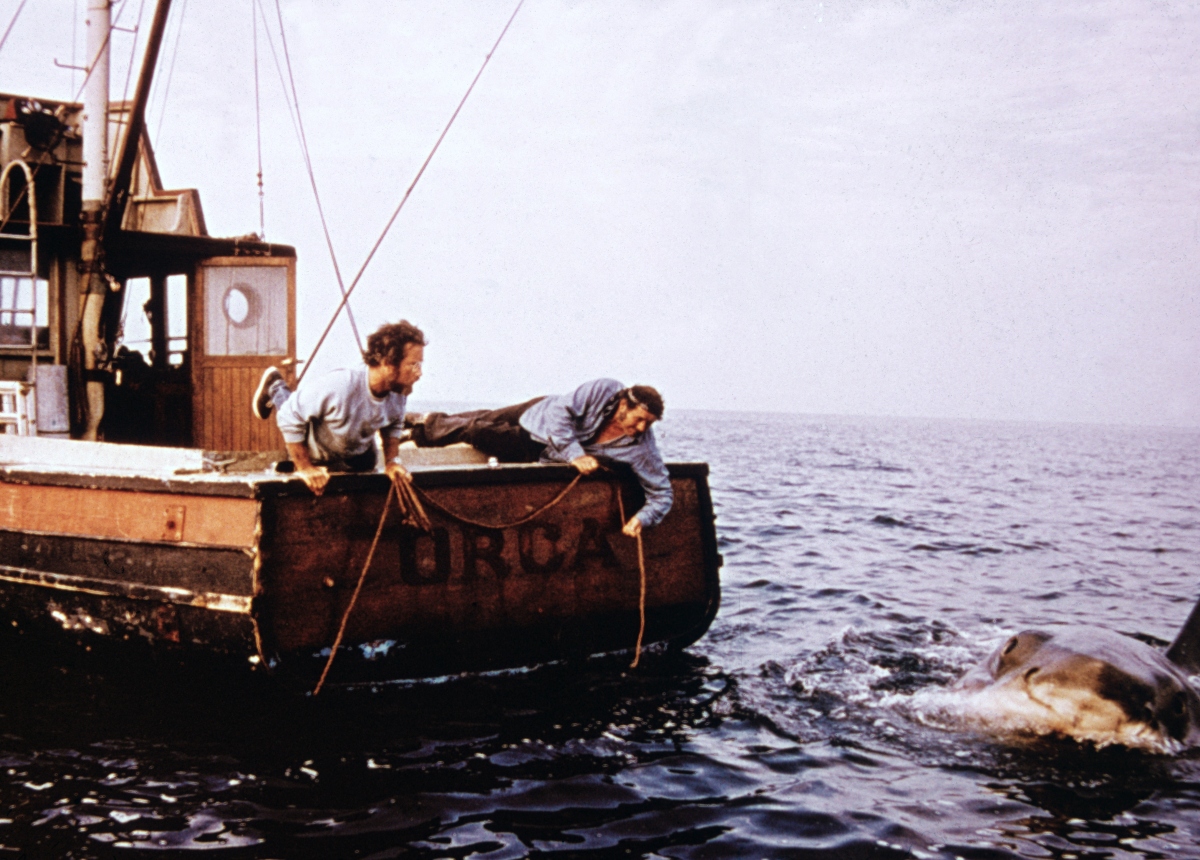 Fans who are familiar with Jaws folklore know that the movie used a mechanical shark for close-up shots. However, early in the production, there were issues with getting it to work. Steven Spielberg explained in detail as a guest on The Dick Cavett Show.

He said the first mistake was constructing the shark for fresh water instead of salt water. They traveled all the way to Australia to film.

“They all knew we were going to the Atlantic Ocean, but for some reason, they built it for fresh water,” he said. The salt caused the machinery to malfunction. When they tested the shark in the ocean — surrounded by tourists — it did not go well. “The shark came up tail first. And it was like a 25-foot moon,” said Spielberg. He called it a disaster.

Soon, they decided to take a chance with real sharks.

Spielberg said one of Jaws’ producers proposed that they film real sharks for underwater shots that didn’t require close-ups. Why? They needed to make the scene with Hooper (played by Richard Dreyfuss) in the cage look legit, and they hired professional shark photographers to capture images. However, the sharks appeared too small.

To make them look larger, production hired a man a little over four feet tall to be Richard Dreyfuss’ stunt double in the underwater cage half the original size. By doing that, Spielberg said, it would make a 15-foot shark appear as “30-foot great white shark.” Though they spent a week trying to film a shark going after the cage, it didn’t happen right away.

And then one attacked the cage. With the small stature stuntman aboard the boat ready to film, a great white attacked the empty cage. “One of the sharks — being attracted by the lure of this silver — came out of the water and bit the cage in the boat, and took the cage out of the boat,” said Spielberg.

Meanwhile, they couldn’t find the stuntman. Spielberg said he disappeared and locked himself in another part of the boat. Rodney Fox, one of the local shark consultants on hand that day, told The Guardian the boat almost sank when the shark pulled on the cage.

The cage attack, caught on camera, made it to the final cut of Jaws. It’s that part of movie where it looks like Hooper escaped as the shark thrashed the cage. Look carefully, and one can confirm what Spielberg said is true. The shark tore the cage to bits.

Fans can stream the original Jaws film on Peacock or Amazon Prime.