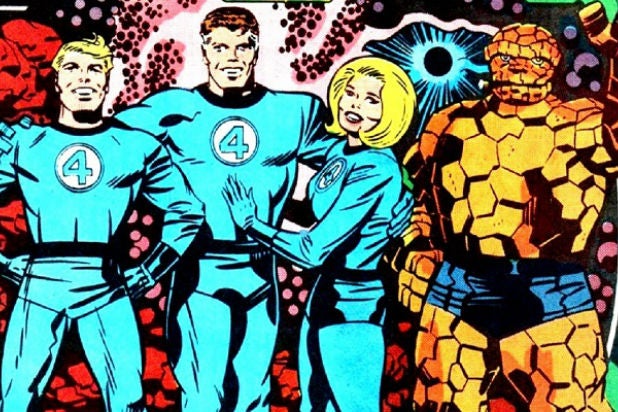 The “Fantastic Four” are finally coming to the Marvel Cinematic Universe. “Spider-Man” director Jon Watts will direct “The Fantastic Four,” a movie featuring the science adventuring superhero family is in the works for Phase 4 of the MCU.

The addition of “Fantastic Four” to the MCU was a foregone conclusion after Disney’s purchase of 20th Century Fox — it was just a matter of when, not if, it would happen. But it’s a momentous occasion for Marvel Studios nonetheless, as the Marvel Comics universe was kicked off with the publication of “Fantastic Four” #1 back in 1961.

Created by Stan Lee and Jack Kirby, “Fantastic Four” is the comic that started it all for Marvel in the 1960s. Though the group’s concept is pure weirdness — science genius Reed Richards, his best friend Ben Grimm, his girlfriend Sue Storm and her reckless brother, Johnny are exposed to cosmic radiation and develop superpowers — the team was depicted as a dysfunctional but loving family unit. That idea helped launch what became known as “the Marvel revolution,” a shift in superhero comics that emphasized flawed protagonists expressing humanistic values who often had to resolve family, dating and even financial challenges while protecting the public from an increasingly packed roster of supervillains.

The characters have appeared in four previous films: An unreleased movie directed by Roger Corman and made solely so Constantin Film could maintain film rights; two 20th Century Fox movies directed by Tim Story; and the 2015 flop directed by Josh Trank.

“Fantastic Four” was also the launching point for other major Marvel characters, including The Inhumans and Black Panther.