Keanu Reeves didn’t get his start in Hollywood through the action genre. In fact, it took quite some time for critics and audiences to appreciate the actor, but one filmmaker believed in his potential as an action star. Director Kathryn Bigelow stood her ground against studio executives to cast Reeves in Point Break.

Reeves made his feature film debut with 1986’s Youngblood. However, he wouldn’t make his big break into Hollywood until Bill & Ted’s Excellent Adventure. His performance would ultimately pigeonhole him within this type of role for many producers. However, he would later prove them wrong.

Bigelow wanted to have Reeves star in her movie Point Break. The story follows an odd pattern of bank robberies in Southern California. A federal agent named Johnny Utah (Reeves) infiltrates the crew, but he discovers that the robbers are actually surfers led by Bodhi (Patrick Swayze). However, things get complicated as he falls in love with a female surfer (Lori Petty), who has a close connection with the gang. 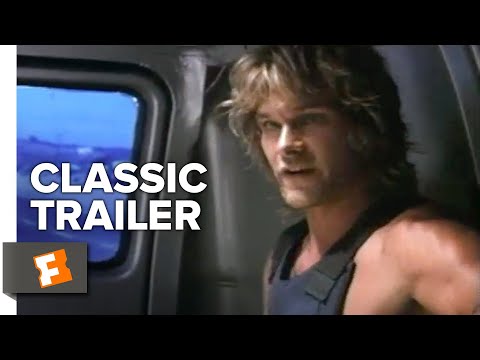 Premiere once interviewed James Cameron. He rewrote Point Break along with Bigelow, which he also produced. However, he explained that Bigelow stood up for Reeves in the role of Johnny. The studio executives didn’t see his potential as an action star and insulted the actor.

“[Bigelow] went to the mat for Keanu Reeves,” Cameron said. “We had this meeting where the Fox executives were going, ‘Keanu Reeves in an action film? Based on what? Bill & Ted?’ They were being so insulting. But she insisted he could be an action star.”

However, Cameron doesn’t necessarily give himself a pass. He didn’t initially see his potential either, but he supported Bigelow nonetheless.

Cameron continued about Reeves as an action star: “This was long before Speed or The Matrix. I didn’t see it either, frankly. I supported her in the meeting, but when we walked out, I was going, ‘Based on what?’ But she worked on his wardrobe, she showed him how to walk, she made him work out. She was his Olympic coach. He should send her a bottle of champagne every year, to thank her.”

Reeves is now one of the biggest action stars around, so it seems strange in retrospect to not believe him capable of such a role. He would later bring The Matrix to life as Neo/Thomas A. Anderson. Additionally, he starred in one of the wildest action franchises around with playing the title character in John Wick.

Audiences are about to be seeing even more of Reeves as an action star. Warner Bros. distributed The Matrix Resurrections this past year, but that isn’t the only action sequel he has coming up. John Wick 4 is hitting theaters on March 24, 2023. Additionally, John Wick 5 has the green light to follow it up.