Sometimes I remember the clunky devices of my youth — the boxy Polaroid cameras, the bricklike car phones, the shrill answering machines, the pagers that could be made to spell an angular, all-caps “BOOBS.” This was the personal tech of the early-to-mid-1990s, in the years before AOL Instant Messenger provided an internet on-ramp, which means it was pretty much the last time an American teenager could behave with some expectation of privacy.

Still, camcorders existed back then and Soleil Moon Frye, the child star of “Punky Brewster,” rarely turned hers off. In “Kid 90,” a documentary now streaming on Hulu, an adult, manicured Moon Frye — filmed in the kind of all-white room usually associated with near-death experiences — revisits her endless home movies, as well as related ephemera: diaries, voice mail messages and photographs. If you are a young Gen Xer or an old millennial, “Kid 90” may provide the uncanny and not entirely welcome experience of having your childhood returned to you — the syntax, the celebrities, the fashions that haven’t come back around (the backward baseball cap, the vest as a bustier). Revisiting your youth culture when your own youth has mostly fled is an exercise in estrangement and mild humiliation, like running into your therapist at Victoria’s Secret. 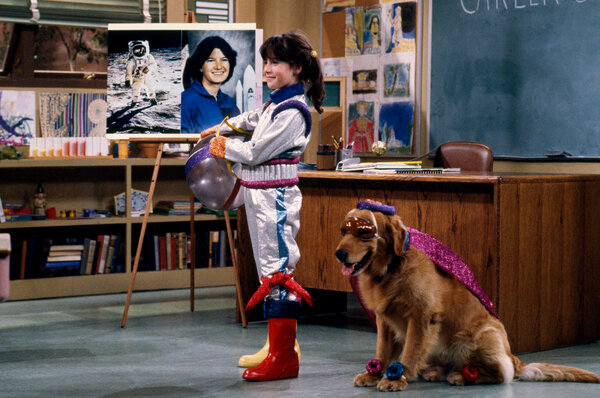 Before I clicked play, I asked an editor how many drinks I might need to make it through the documentary. “A 40 of Mickey’s malt liquor,” she wrote.

The early ’90s also reappear on “The Real World Homecoming: New York,” a Paramount + show that reunites the cast members from the first season of MTV’s flagship unscripted series. Seven people, strangers no more, return to the New York loft (well, one is waylaid by a positive Covid-19 test) where their teen and 20-something lives were taped for a few months in 1992. It wasn’t the first reality show, but its wild popularity and subsequent franchise profoundly influenced what came after. “We didn’t know what it was going to be,” the journalist and activist Kevin Powell, one of the original roommates, says in the first episode of “Homecoming.” “We were just ourselves.”

To watch the series and the documentary is to dilate, helplessly, on what has changed (or not) in the past 30 or so years. It’s to realize that Moon Frye, by cheerfully surveilling her own life, and those first Real Worlders, by agreeing to the constant presence of producers and cameras, were the harbingers of today’s culture, in which self-image is shaped in the expectation of a lens and personhood collates with brand identity.

Moon Frye seems to have known every other child star in Los Angeles and its outlying counties: Sara Gilbert, Emmanuel Lewis, Brian Austin Green, Mark-Paul Gosselaar, Joey Lawrence, Jenny Lewis (hilarious) and at least a dozen more. These were children valued less for who they were and more for the fandom and ads they could generate, the tickets they could sell. Today, that’s everyone with an Instagram account, potentially.

“Kid 90” also reminds us that until pretty recently, the dumb things teenagers wore and the dumber things they did and said didn’t have an afterlife, because there were few ways to record them and even fewer ways to disseminate those recordings. A crucial aspect of adolescence is performance — trying on different outfits and identities — and seeing if they feel OK. (The comedy of adolescence is that it’s practice for adulthood. The tragedy is that adolescents practice on one another.)

I was a teenager in the ’90s, and I’m unutterably grateful that my own mortifications — lines like, “I’m not a feminist, I’m really more like a humanist,” and a grunge-adjacent look that my high school bestie still calls the Lumberjack Sexpot — persist only on the bloopers reel in my head. Until young adults achieve some reasonable sense of self (and style), why get the internet involved?

The kids in “Kid 90” are filmed during their off hours: poolside, at house parties, high on mushrooms in a field somewhere. They sometimes perform for the camera — winking, pontificating, flashing a don’t-tell-mom pack of cigarettes — but they perform confident that almost no one will ever see it. “We never thought, ‘Oh, well, she’s going to use that in a way that’s going to come back and haunt us,’” Gosselaar says in the documentary.

Back in 1992, those “Real World” participants knew that MTV would eventually air the footage, but not how that footage would be organized. They didn’t know that the producers would fabricate a will-they-or-won’t-they story line for Julie Gentry and Eric Nies, or that Kevin Powell would be edited to seem like a “politically angry Black man,” as he said in a recent interview. “We all thought it was a documentary about seven artists,” Rebecca Blasband says in “Homecoming.” If she and her loftmates didn’t act entirely naturally, they don’t seem to have spent the series trying to build a marketable brand.

The producers and editors did the building for them, giving each a type (naïf, himbo, rock god, firebrand), which the cast members then spent years trying to live up to — or live down. “I had this notoriety, but I had no idea how to utilize it,” Gentry says in “Homecoming.”

Moon Frye seems to have also struggled with her image and with how the industry treated her when her body began to diverge from Punky’s. In an agonizing section of the documentary, she talks about going through puberty, developing breasts and being seen, at 13 and 14 years old, only for bimbo-esque roles. Peers called her Punky Boobster.

“It’s hard when you’ve got boobs and you can’t work in this business,” a teenage Moon Frye says. “I just want people to see me for the person I am inside.” Here’s a thought: What if the business is the problem and not children’s bodies?

She wanted serious roles, so at 15, she had breast reduction surgery. But the serious roles never came. After years in the entertainment wilderness, she is now starring in a “Punky Brewster” reboot, now streaming on Peacock. “Kid 90” presents this comeback as a chirpy capstone, but it feels darker. The documentary honors a slew of friends who didn’t make it to their 40s (including Jonathan Brandis and Justin Pierce, a star of the movie “Kids”) and mentions the addictions suffered by those who did. Some of that pain must have originated in the space between what the industry (and the fans) told these actors they had to be and who they felt they were. Maybe Moon Frye is Punky once more because “the business” wouldn’t let her be anyone else.

I was, unconvincingly, so many people as a teenager — a rebel, a sophisticate, a drama nerd, a go-getter, a witch. I could try on a persona for size and then return it, tags on. There was no social media then and no one wanted me on any reality series, so I never had to curate a self before I had one. But I did stupid things for love. What would I have done for likes? What would that have made me?

Like Moon Frye and a lot of girls with big feelings and poetic inclinations, I kept diaries as a teenager. I’ve never gone back and read them. Why? I’m afraid that I might be embarrassed by my younger self or that she might be embarrassed by boring, wine-mom me. But I hope we’d get along. And then we could take a kiss-face selfie together, filter it, Facetune it, post it with some cute caption and watch the little hearts roll in.