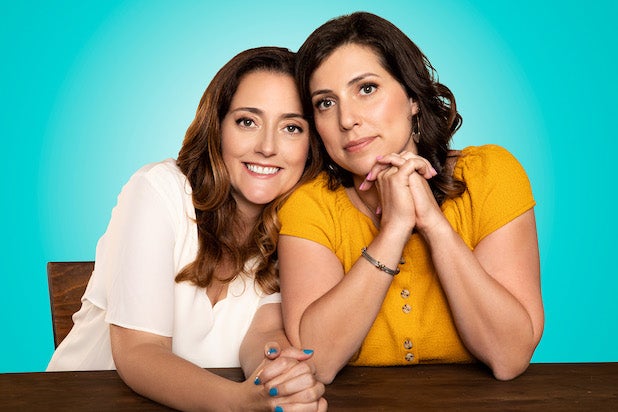 Jessica Cordova Kramer lost her brother, Stefano, to an opioid overdose in the winter of 2017. Working as a producer on Crooked Media’s “Pod Save The People,” she was no stranger to the podcast landscape, and started listening to a show about grief called “Terrible, Thanks for Asking.”

“It was my birthday, February 26, 2018. So just a few months after Stefano died. And I saw that a podcast [was] coming out…with a woman whose brother died of a heroin overdose,” said Cordova Kramer. The woman being interviewed was Stephanie Wittels Wachs, who lost her brother, “Parks and Recreation” producer and comedian Harris Wittels, to opioids in 2015.

“It was truly the first time I felt any measure of connection or joy after my brother died,” said Cordova Kramer. She reached out to Wittels Wachs, and they bonded instantly. Now, the pair are launching their own podcast network, Lemonada Media, to spread the feelings of vulnerability and connection that brought them together. The network launches this fall with three original series.

The first show, “Last Day,” launching Sept. 24, will explore modern epidemics through the lens of a single victim in their last 24 hours of life. The first season will focus on opioid abuse, retracing the steps of Cordova Kramer’s brother.

“We wanted to figure out how do we tell the story of what’s happening in America with these major epidemics that you hear about in the news,” said Wittels Wachs, who hosts the series. “You read about opioid abuse, you read about suicide, gun violence, mass shootings and trans violence. These things are so massive and nobody really knows what to do,” she said. The series will also feature interviews with policymakers and experts.

“We want to amplify one person’s experience, and really paint the picture of who that person was, and give them a heart and a soul and a family and a context,” said Cordova Kramer.

The first season will also include a look at Wittels’ 2015 death through interviews with Sarah Silverman and Aziz Ansari.

“As Me with Sinéad,” launching in October, will feature Tig Notaro, Jamie Lee Curtis, Reza Aslan and more in conversation with disability activist Sinéad Burke.

The third show, “Good Kids: How Not to Raise an A**hole,” will be a short-form advice podcast about parenting, launching in November.

“It’s one person on the mic for 15 minutes,” said Wittels Wachs. “The cool thing is that what you’re going to come away with is that there’s not one answer. It’s not like there’s one way to raise a kid,” she said.

The network will partner with Westwood One Podcast Network for distribution and marketing. They plan to add more shows after the initial three, maintaining the emotional honesty that brought them together in the first place.

“It really is an incredible thing to connect with somebody who has shared your version of hell,” said Wittels Wachs. “It makes you feel human again.”