With its fourth instalment out this week, the legacy of the Toy Story series is immense. Woody and Buzz Lightyear’s relationship anchored the films in the buddy-movie genre, allowing writers to deftly explore themes of abandonment, ageing and consumerism. There were subtle nods to Alfred Hitchcock, Ridley Scott and Steven Spielberg. They were films that all the family could enjoy on different levels.

The franchise’s visual effects legacy is more complicated but just as significant. Toy Story’s release in 1995 not only marked the first feature-length movie to made entirely using CGI, but also helped Pixar win an animation arms race, with visual effects going on to become a staple of blockbuster films.

The crucial factor in all this is RenderMan, a software tool that enables film-makers to create photorealistic computer images. Like its predecessors, Toy Story 4 was made using the software, the first movie-grade renderer to be used for films. It had already been used in 1989 for The Abyss, in which it helped create the smooth-moving water tentacle that confronted Mary Elizabeth Mastrantonio, and in Terminator 2: Judgment Day (1991), for stunning liquid metal effects. 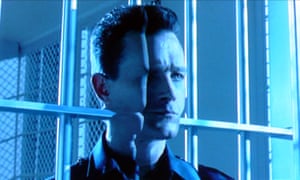 RenderMan allowed the creation of realistic images that moved in believable ways. Animators could spend less time, for instance, on depicting realistic lighting and more on creating skin tones that allowed images of actors to blend in seamlessly with “alien” environments. It gave major studios the confidence to invest in big-budget projects, such as the Marvel and DC franchises, and latterly the revival of the Star Wars series, ushering in the current era of blockbuster cinema. From Blade Runner 2049 to X-Men: Apocalypse, the list of films it has been used in is endless. Not bad for a programme now more than 30 years old.

“RenderMan produces pictures based upon virtual lights and virtual positions of geometry, says Lee Danskin, CTO at Escape Technologies. “It goes away and does the maths and handles vast amounts of geometry and vast amounts of lights. It was still fast enough to render on very old machines.”

RenderMan dominated the visual effects industry after the release of Toy Story, having a hand in subsequent visual effects Oscar-winners including Independence Day, Titanic and What Dreams May Come. But rivals soon emerged, including Arnold, a rendering programme developed in 1997 that was adopted by Sony Pictures it has been used in the production of The Avengers, Gravity and Birdman.

Danskin says: “Arnold was a powerful renderer and it began to overtake Pixar’s RenderMan. It prompted a major shift in the industry from what we call scan line to ray tracing.” Toy Story 4 has been made with an updated RenderMan, which utilises ray tracing, allowing animators to achieve granular detail on light shading.

Rob Redman, editor of 3D World & 3D Artist, said: In medical terms, path tracing is like giving somebody a plaster for a broken leg whereas ray tracing is like a holistic approach where everything about their lifestyle is taken into account.

“The outdoor scenes in Toy Story 4 are really where it comes into its own. You get the blues and greens where the sky is bouncing off the floor: it makes everything feel lush and vibrant. ‘Realistic’ is not quite the word, but it does feel more real. The textures feel more believable.”

In 2015, RenderMan was made available to the public, free of charge. So will the next generation of film-makers be able to create a Toy Story-esque film on their laptop? “Some people have the idea that you press a button and the computer does all the work,” says Redman. “That is not true, you have to have artistic input.”