In 1962, Judy Garland received an Oscar nomination for her role in Judgment at Nuremberg and regarded it as an auspicious restart for her career. She had been thrown into the deep end of Hollywood’s unforgiving waters as a child actor, and since her early success, every aspect of her life had been marred by desperate attempts to keep her head above water. Unsuccessful marriages to other struggling artists, an addiction to drugs that was spurred on by abusive producers and, above all, her constant anxiety to control her appearance – all these problems were symptoms of her toxic relationship with Hollywood. “Isn’t this pretty good for somebody Hollywood thought as too old, too fat and too undependable to offer a job?” she wrote. Judy, the new film starring Renée Zellweger, recounts the sad ending that she was heading for instead. 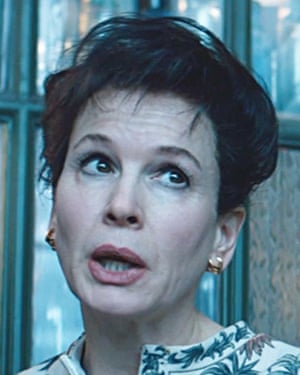 Judy joins the list of Hollywood biopics that carry an air of atonement, in which the misfortunes of earlier generations of stars who were cast away from the industry – largely due to their age – are memorialised and sentimentalised. Films such as The Artist and Film Stars Don’t Die in Liverpool have an admirable goal: celebrating the lives of performers who were callously underappreciated toward the end of their careers. But it is becoming more and more difficult to take away a positive message when Hollywood itself draws attention to how much Hollywood hasn’t changed.

The star of Judy is herself re-emerging from a hiatus: one that was caused by the same maladies afflicting old Hollywood that the movie depicts. Zellweger retreated from acting after she entered Hollywood’s dead zone for women aged 40 or over. She borrows from a familiar sense of disenchantment with the profession when she tries to give life to Garland’s emotional state at the end of her life. In interviews for the movie, Zellweger says she is ready for the roles that will embody her maturity. Whether the studios have the same plans remains to be seen. 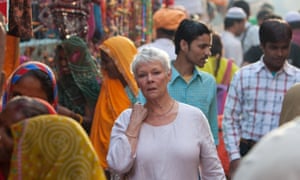 But for every hard-earned movie project that serves the age demographic well by telling a complicated story about old age, Hollywood churns out two Schwarzenegger movies with tag lines like, “Retirement is for sissies”. There are obviously Hollywood pitch meetings reserved for the older male action stars of the 80s. Twelve of the 15 highest-grossing movies of that decade have been remade, and most of them are produced to mask the age of their stars. Rambo 5, Terminator 6, Die Hard 5, Indiana Jones 5 and now the second Top Gun, all ride the new American myth of super-agers.

To pull this off, Hollywood encourages bizarre anti-ageing clinics even as it abandons the female stars of the 80s, pairing their former male co-stars with much younger on-screen love interests. And now the industry has added a new weapon to its digital arsenal: de-ageing technology. Advocates believe that VFX technology could help ameliorate the representation problem. But it’s more likely that de-ageing technology help Hollywood avoid the problem of finding roles for older stars by erasing signs of age as opposed to embracing them. 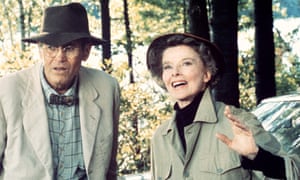 In the past, small- to mid-budget projects have been the most welcoming to older stars. Many darlings of the screen who hit their peak in the 1940s, 50s and the 60s bid their adieu delivering memorable performances in this subgenre. Among them were Katharine Hepburn and Henry Fonda playing ageing parents in On Golden Pond, John Wayne as an out-of-time gunslinger in The Shootist, and Julie Christie as a woman struggling with memory loss in Away from Her. More recent examples – Robert Redford in The Old Man and the Gun and Clint Eastwood in The Mule – underwhelmed artistically and commercially.

Perhaps Marlon Brando was the most accurate predictor of the future. Toward the end of his career, he had come to terms with Hollywood’s commodification of youth and vitality. He sought the help of early adopters of VFX technology to create an animated 3D version of his face, believing that the studios would, after his death, want to keep a young Brando alive on the screen. “Maybe this is the swan song for all of us,” he said, even though it’s not real and “inside a computer”. Today, Hollywood’s fascination with de-ageing technology seems to affirm Brando’s bleak premonition, as it continues to insist older actors surrender to its obsession with youth.