The Japanese master specialized in portraits of generational conflict. “The Only Son” and “Early Summer” exemplify many of the qualities that make his work so important. 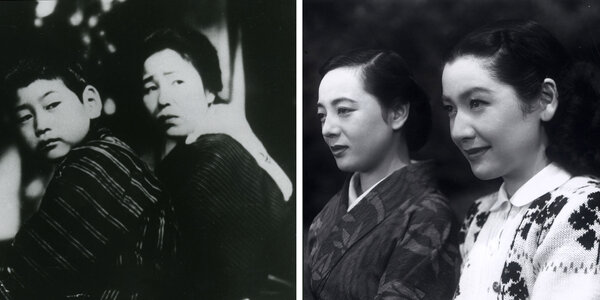 “Late Spring,” “Early Summer,” “Early Spring,” “An Autumn Afternoon” — there is a Yasujiro Ozu film for almost any season, and there is certainly no bad time of year to discover him.

One of the greatest of all Japanese filmmakers, Ozu (1903-63) is known for his portraits of family and generational conflict; his films are often regarded as exercises in theme and variation. They can be paired in any number of ways: silent vs. sound, prewar vs. postwar, black-and-white vs. color, original vs. remake.

But Ozu has also been misunderstood, or at least understood selectively. In the United States, that was partly due to quirks of availability. None of his movies were released in New York until after his death. Reviewing his 1959 film “Good Morning (Ohayo),” in 1966, The New York Times critic Howard Thompson dismissed it in four sentences as “pleasant, thin fluff,” perhaps baffled to discover that a filmmaker internationally celebrated for his refinement had made a comedy filled with fart jokes. Ozu’s 1953 “Tokyo Story,” which took nearly two decades to reach the United States, was many Americans’ first encounter with his work, and it may owe some of its status as Ozu’s best-loved film to the breadth of its exposure. 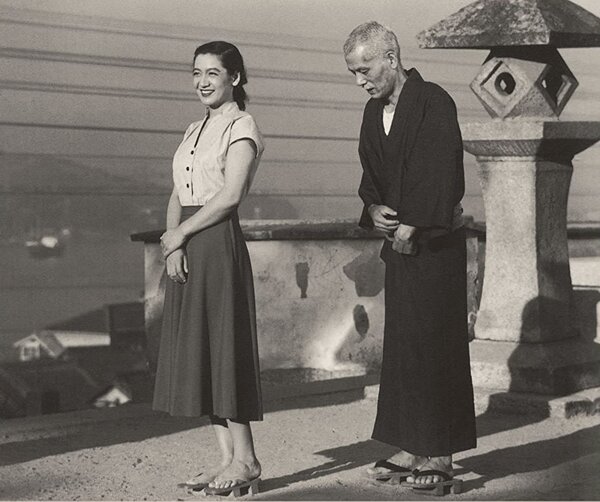 In his exhaustive book “Ozu and the Poetics of Cinema,” David Bordwell lays out how much of what was — and still is — received wisdom about Ozu is wrong. For instance, the director is closely associated with what the theorist Noël Burch called “pillow-shots,” still lifes of objects or landscapes that momentarily put the story on hold. But as Bordwell makes clear, Ozu’s so-called pillow-shots usually serve a narrative function, subtly establishing location or time.

Ozu also ignores what film students would consider to be basic rules of editing and staging, piecing together scenes with apparent disregard for consistent screen direction or eyelines. But as Bordwell explains, Ozu’s apparent flouting of Hollywood convention is hardly carelessness but part of an exceptionally rigorous, personal style involving carefully timed shots, matching figures and editing so patterned that it’s possible to predict what angle he will cut to.

With so many of Ozu’s films available to stream, his painstaking formalism has never been easier to appreciate.

“Early Summer” (1951): Stream it on the Criterion Channel; rent or buy it on iTunes.

Though hardly Ozu’s most famous film, “The Only Son” captures his essence in just 82 minutes. It was his first talkie, but he considered its style closer to that of a silent film. Still, his graceful use of background noise — whether in the spinning wheels of a silk mill or the metronomic thrashing of a factory in a residential area — surely represents one of the subtlest initial uses of sound from any filmmaker who made the transition (a transition that is cheekily dramatized when the main characters go to the movies).

The plot concerns a small-town single mother (Choko Iida) who devotes her existence to her son (Masao Hayama), toiling at a silk mill to ensure that he gets schooling in Tokyo. Thirteen years later, she visits her grown son (now played by Shinichi Himori) in Tokyo, where she finds he is married, a new parent himself and working as a poor night-school teacher, having quit a job at city hall. He is now disillusioned about competitive city life and prepared to ensure that his own son gets what he calls “a good roll of the dice.”

The early scene in which the mother promises the son that she will do anything for his education exemplifies how Ozu matches poses (in what Bordwell calls a “graphic match”): As the mother takes her son’s hand and pledges to send him to middle school, Ozu cuts to alternate sides of their clasp, making the positioning of their bodies look more or less identical; their stances face the same direction, even though they are turned toward each other. Their bond is not simply dramatized but made concrete in visual terms.

A similar accord is reached occurs about three-quarters of the way through “Early Summer,” when the main character, Noriko (Setsuko Hara), finally, seemingly on impulse, agrees to a marriage that a prospective mother-in-law has proposed just as impulsively. Up until then, the plot has broadly concerned the efforts of her busybody family and friends to find a husband for her. Without her assent, they seem to have settled on her boss’s recommendation — a prospect he has pitched to her, enticingly, as “a better golfer than me.”

When Noriko finally agrees to be wed, her soon-to-be mother-in-law asks her to stay a little longer, and Ozu once again cuts in a way that equates two characters in size and stance. Shortly after, the older woman informs the groom that he’s about to be married — something he’s hearing for the first time. And in an Ozu-ian elision of what other directors might consider essential, the groom disappears from the remaining half-hour, going through with a scheduled departure for northern Japan. Ozu does show a marital procession in the finale — from a distance, and involving a different bride.

Instead, the rest of the action is devoted to the ramifications of Noriko’s choice: whether it was proper to agree to the marriage without the consent of her parents and brother (the Ozu regular Chishu Ryu); what it means that she’ll be leaving her single friend (Chikage Awashima), with whom she used to make fun of other couples.

It is one of three Ozu films — along with “Late Spring” (1949) and “Tokyo Story” — featuring Hara as an unwed woman named Noriko, although the themes in “Early Summer” emerge less bluntly than in “Tokyo Story” and the plot simmers at a lower temperature. Across a large ensemble, several of the director’s mainstays fall into place: the divergence of parents’ wishes and reality; the continuing impact of the war (Noriko had another brother, who is presumed dead); mischievous children. (Noriko’s nephews gang up on a great-uncle who may or may not be as deaf as they think.)

In its delicate balance of humor and sadness — and of inevitable and unexpected developments — it is one of Ozu’s masterpieces.