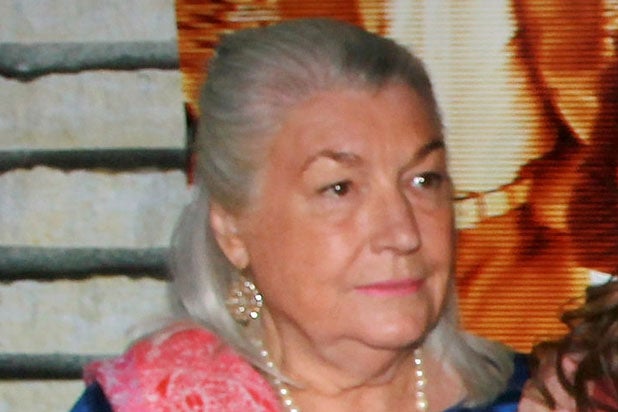 Pat Loud, America’s first reality TV star, passed away on January 10 at her home in Los Angeles at age 94. I knew Pat through her oldest son, Lance, and it was clear to me from the beginning of our decades-long friendship that she never fully recovered from the negative reaction to that first reality TV show, “An American Family,” which aired on public television in 1973.

Pat and her husband, Bill, gave permission to filmmaker Craig Gilbert to document their family of five children over several months at their Santa Barbara home. He filmed 300 hours, and cut it down to 12 episodes of one hour each.

When the series aired, it shocked for two reasons: Pat asked her husband for a divorce on grounds of infidelity, and their 20-year-old son Lance, living in Manhattan’s Chelsea Hotel, made no effort to hide his homosexuality. It was the latter controversy that most rocked the family.

WNET promoted the episode devoted to Lance’s life in gay Manhattan with a print ad that screamed “He Dyed His Hair Silver!” Accompanying the ad was a photo of Lance, torn out of a family photo, as if he had been disowned by the six other Louds. The copy went on to wonder if he’d “dyed his clothes purple as a personal expression of…something…something he wasn’t fully aware of at the time.”

Which was strange. Lance had never hidden his sexual orientation from his family or the filmmakers. He didn’t “come out on camera,” as many reviewers would soon report. “The sexual preference has always been there,” Lance told interviewers. “When I went through puberty, I wanted to have sex with boys.”

Anne Roiphe, author of the best-selling feminist novel “Up the Sandbox,” had coffee with Pat and Bill Loud at the Carnegie Deli in New York City that January, right after the series began airing. Their interview was to be the centerpiece of her February 1973 article on “An American Family” for the New York Times Magazine. She never spoke with Lance, but that didn’t prevent the writer from turning her nine-page article, awkwardly titled “Things are keen but could be keener,” into what was not only an attack on him but Pat and Bill’s unapologetic acceptance of him.

In that article, before Roiphe got around to detailing the show’s various highlights — the breakup of the Louds’ marriage, a fire that almost destroyed their home, a car accident, Bill’s business problems — she took space to describe “the flamboyant, leechlike homosexuality of their oldest son, Lance.”

What most disturbed Roiphe is that the Louds — Pat, Bill, Delilah, Michelle, Grant and Kevin — did not criticize Lance for being homosexual. Not ever. Certainly both parents devoted several minutes of the series to criticizing Lance’s lack of initiative in getting a job. Totally missing, however, were those chats about their son’s making an effort to become heterosexual. Also absent were any antigay taunts from Lance’s four siblings. Indeed, it was the family’s casual but unstinting acceptance of Lance’s sexual orientation that outraged journalists like Roiphe, who wrote in her Times article, “Lance Loud, the evil flower of the Loud family, dominates the drama — the devil always has the best lines…he is beyond understanding in a wonderland of city cats whose morality and values, whose actions and reactions can only mock those of us on the other side of the mirror.”

Roiphe wondered in print, “Is Lance the true American son?”

Then she compared him to a fish: “I suspect getting close to Lance must always have been like swimming alongside an electric eel.”

Not stopping there, she pinpointed Lance’s homosexuality as the reason for Bill’s cheating on Pat: “Why the infidelities? The camera doesn’t tell us, but we can guess. Bill reached his early 40s and his first son was not going to be a man; his sense of himself could have been badly shaken by that unacknowledged discover. The disappointment may have driven him to prove himself with others.”

After reading the Times article, Pat placed a middle-of-the-night call to Craig Gilbert, who had set up the interview with Roiphe. “Pat was screaming,” the filmmaker recalled. “She’d taken a below-the-belt hit, and it hurt. That, right there, was the beginning of my own confusion. What have I done? What do I do?”

What the Louds did that February was try to defend themselves on “The Dick Cavett Show.” Regarding the hot-button topic of Lance’s homosexuality, brother Kevin challenged their famous interviewer. “We don’t say ‘homo,’” he told a smirking Dick Cavett. “That’s what the newspapers say. We don’t say it.”

Pat and her family paid an enormous price for Roiphe and other journalists’ virulent homophobia. But that’s what trailblazers do: They pay a price so the rest of us can enjoy those hard-won freedoms.

This article is adapted from Robert Hofler’s book “Sexplosion: From Andy Warhol to ‘A Clockwork Orange,’ How a Generation of Pop Rebels Broke All the Taboos” (HarperCollins/It Books, 2017).