The trial, which began on March 4, was supposed to resume on May 26 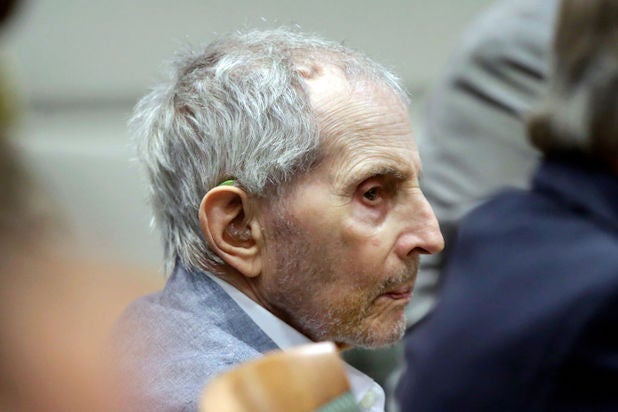 Robert Durst’s criminal trial in Los Angeles has been delayed for the third time, with the latest postponement pushing the proceedings back to June 23 due to the ongoing pandemic, a spokesperson for the District Attorney’s office told TheWrap on Thursday.

Durst, the real-estate heir who was the subject of the HBO docuseries “The Jinx” that aired recorded audio of him confessing to murder, has pleaded not guilty for the 2000 murder of Susan Berman. His trial first began on March 4 but was soon postponed to April 6 due to the pandemic. By late March, a spokesperson for the Superior Court of California said that the proceedings would be delayed once again to May 26. Now, the date has been postponed for a third time to June 23.

Given all the delays, Durst’s legal team has requested a mistrial, according to the Los Angeles Times, and has stated in a motion that the length of time between the court appearances would not allow the real-estate heir to have a fair trial.

“The risk that jurors will not be accurately able to recall the evidence introduced prior to adjournment is heightened here,” the motion said. “The trial is expected to be a long and complex one, lasting approximately four to five months.”