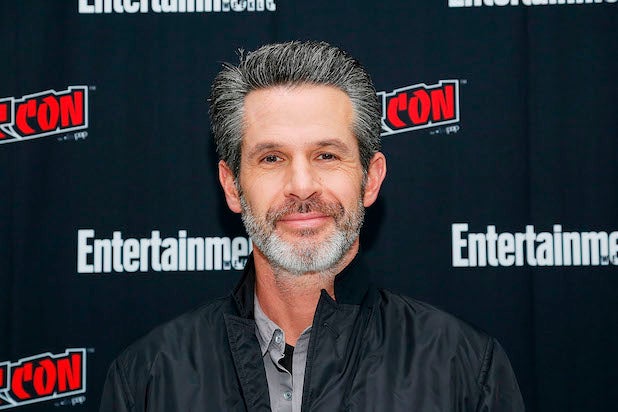 Simon Kinberg has signed on to write Universal Pictures’ “Battlestar Galactica,” according to an individual with knowledge of the project.

Kinberg will also produce alongside Dylan Clark who has shepherded the film adaptation for the studio.

“Battlestar Galactica is one of the holy grails in science fiction, and I couldn’t be more excited about bringing something new to the franchise, while honoring what’s made it so iconic and enduring,” said Kinberg in a statement to TheWrap. “I’m so grateful that Dylan and my partners at Universal have trusted me with this incredible universe.”

The “Battlestar Galactica” franchise originated in 1978 with the short-lived original series created by Glen A. Larson. It centered on a crew of survivors traveling space on a ship, Galactica, in the aftermath of humanity’s near-extinction in a war with a race of robots called Cylons.

The franchise has lived on with a number of other ancillary series and movies in the years since, including the one-and-done prequel series “Caprica” in 2010 and the web series-turned-film “Blood & Chrome” in 2013.

Universal’s Senior Vice President of Production Jay Polidoro and Director of Development Lexi Barta will oversee the project on behalf of the studio.

Best known for the “X-Men: franchise, Simon Kinberg co-wrote and directed the spy thriller “The 355” starring Jessica Chastain, Lupita Nyong’o, Penelope Cruz, Diane Kruger and Fan Bingbing which is being released by Universal on January 15, 2021. Kinberg created and co-wrote the highly anticipated Apple TV+ series “Invasion,” which is currently in production. Kinberg is also producing “Here Comes the Flood,” which was recently picked up by Netflix and will be directed by Jason Bateman. Kinberg also recently sold the Untitled Idris Elba/Africa-Set Spy Romance Project to Apple.

Simon Kinberg is repped by CAA and Jackoway Tyerman