HBO Max, which streamed “Wonder Woman 1984,” was not included in the ratings 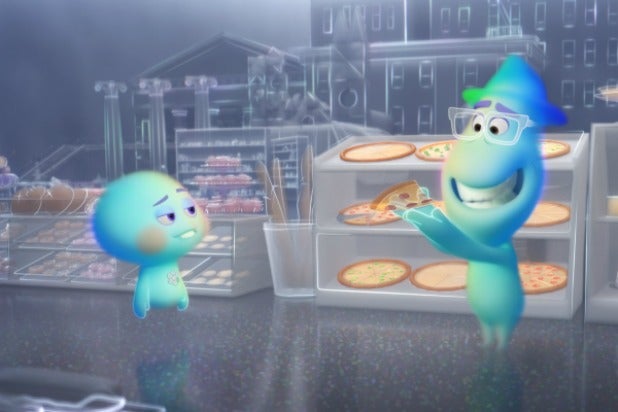 Disney and Pixar’s “Soul” was the most viewed streaming title during the week of Christmas, topping other Netflix original shows and films and even the juggernaut “The Office” in its final full week on Netflix before moving over to Peacock.

Nielsen’s new SVOD Content Ratings reports that “Soul” was viewed for 1.669 billion minutes during the week of December 21-27, with “The Office,” “Bridgerton” and the Netflix original film “The Midnight Sky” starring George Clooney following it. “Soul” dropped on Disney+ on Christmas Day.

It’s worth noting that the other major Christmas Day release, “Wonder Woman 1984” on HBO Max, was not included in Nielsen’s count. Currently Nielsen only tracks streaming content from Amazon Prime Video, Disney+, Hulu and Netflix.

Other shows and films to round out the Top 10 on streamers included “The Mandalorian” on Disney+, followed by five other Netflix titles, including “How the Grinch Stole Christmas,” “The Crown,” “Grey’s Anatomy,” “The Christmas Chronicles 2” and “Criminal Minds.”