Star Wars 9 has fans on tenterhooks this week after John Boyega’s manager Femi Oguns said the trailer would be aired during tonight’s Monday Night Football.

However, Boyega, 27, who plays Finn in the upcoming The Rise of Skywalker, has now revealed he has no knowledge of when the clip will be unveiled.

“Sw fans. I don’t know when the trailer is coming out and I haven’t made any announcements about it so let’s just wait for the studio to release it,” he told his 1.4 million Twitter followers yesterday.


He then went on to hint the trailer’s release was imminent, pointing out how close the movie is to opening in cinemas.

“I definitely think it’s soon though!” he tweeted.

“Release is around the corner so I’m sure the gears are in motion!


“That’s my honest take on it now relax!” he urged Star Wars fans.


Oguns shared a poster along with the logo for ESPN’s Monday Night Football as he confirmed the trailer would be out today.


“The next @starwarsmovies trailer out Monday,” he told his 14,000 followers. “It’s official.” 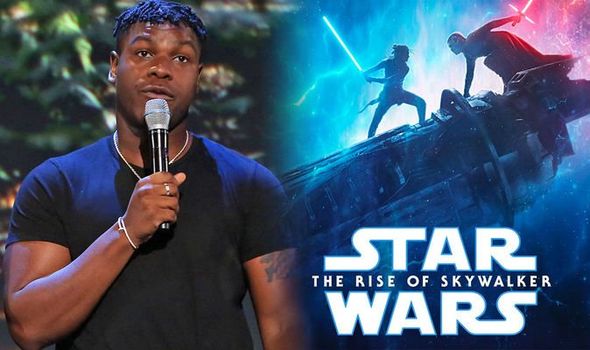 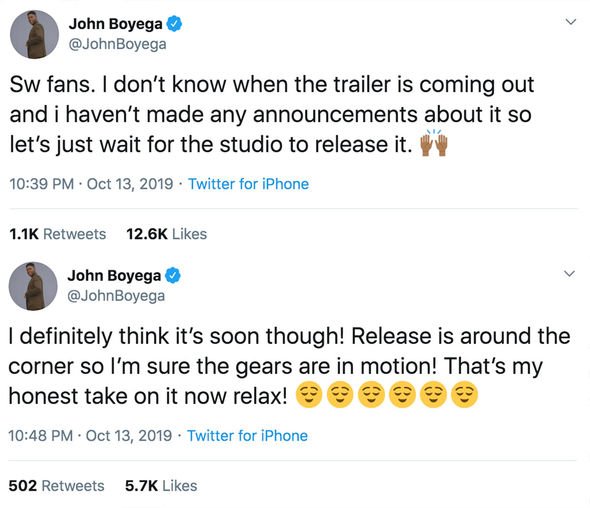 The fact the post hasn’t since been deleted seems to imply Disney haven’t ordered it to be removed, which would point to the information being accurate.

If the trailer were to premiere during half-time, that would fall around 9.30pm EST (1.30am in the UK).

The time of the trailer reveal carries extra weight for die-hard Star Wars fans as it also heralds the start of ticket sales.


However, some social media users have pointed out that, were the trailer being unveiled during tonight’s Monday Night Football, there probably would have been an official announcement by now.

The next @starwarsmovies trailer out Monday. It’s official. 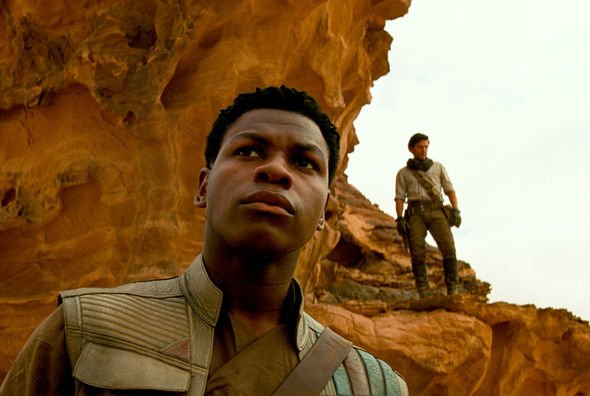 Meanwhile, it’s well known that details about The Rise of Skywalker are among the film world’s most closely-guarded secrets.


Star Wars 9 will see Oscar Isaac, 40, returning as Poe Dameron, Daisy Ridley, 27, reprising her role as Rey and Mark Hamill, 68, once again taking up the mantle of Luke Skywalker.

Adam Driver, 35, Domhnall Gleeson, 36, and Carrie Fisher’s daughter Billie Lourd, 27, will also feature, along with Fisher herself through the use of archive footage.