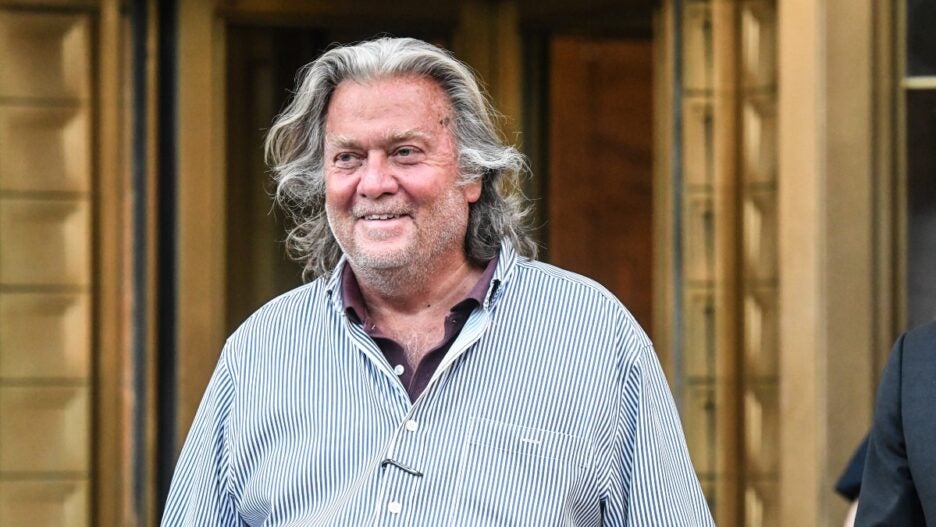 The House Select Committee investigating the deadly Jan. 6 attack on the U.S. Capitol by a mob of Donald Trump supporters has subpoenaed four ex-Trump advisers, including Steve Bannon and former Chief of Staff Mark Meadows.

The four have been instructed “to produce materials and appear at depositions,” the Committee said in a statement Thursday; Patel and Bannon have been ordered to appear on Oct. 14, with Meadows and Scavino told to appear the next day.

The Committee’s interest in Bannon stems from recent reporting that he was, as CNN put it this week, “knee deep” in planning the attack, which ultimately led to the deaths of 5 people with hundreds more injured, in addition to millions in damage to the Capitol building.

“Stephen Bannon reportedly communicated with former President Trump on December 30th, 2020, urging him to focus his efforts on January 6th,” the House Select Committee said Thursday. “Mr. Bannon also reportedly attended a gathering at the Willard Hotel on January 5th, 2021, as part of an effort to persuade Members of Congress to block the certification of the election the next day. Mr. Bannon is also quoted as stating, on January 5th, that “[a]ll Hell is going to break loose tomorrow.”

Meadows has been summoned, the Committee said, because he “communicated with officials at the state level and in the Department of Justice as part of an effort to overturn the results of the 2020 election or prevent the election’s certification.” In addition, the Committee cited reporting that he actively communicated with organizers of the attack.