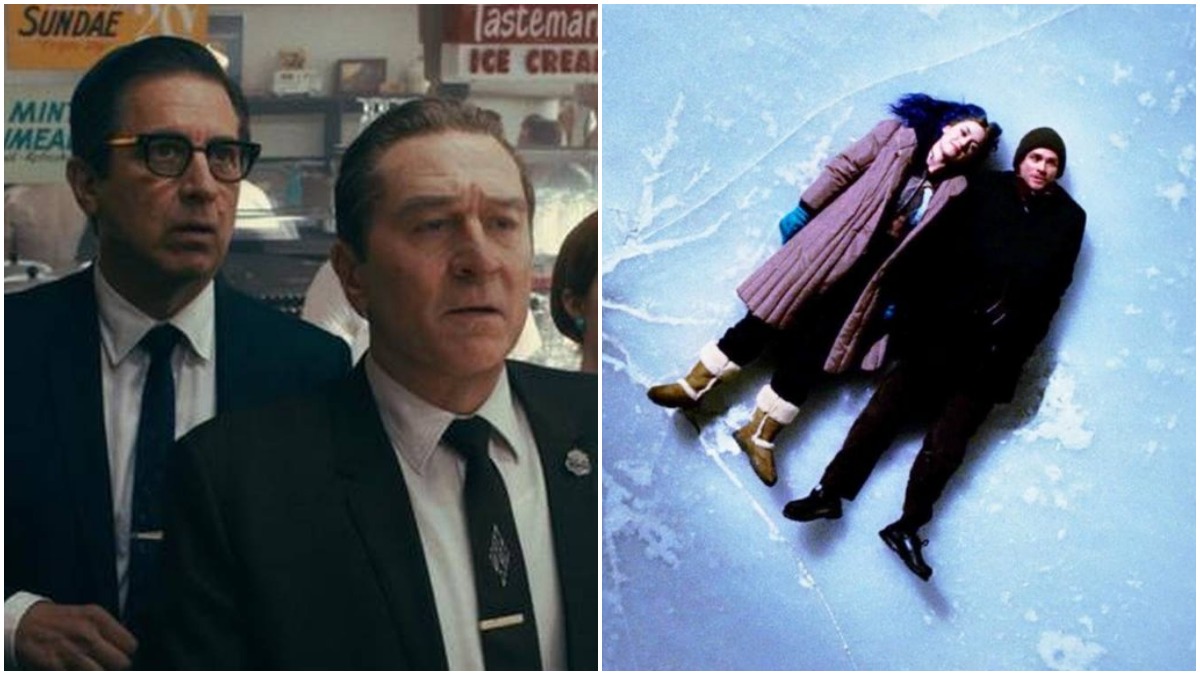 Netflix is home to some of the best drama movies for anyone looking for some thought-provoking cinema.

With its own original films, as well as movies it has licensed over the years, there is something here for everyone.

While browsing the movies available, there are hit dramas from names like David Fincher, Ron Howard, P.T. Anderson, and many more, with several award-winning films to choose from.

There are war dramas, political dramas, romantic dramas, and crime dramas, so no matter what you are looking for, it is almost assured that Netflix has what you want.

Updated on November 1: Every month, Netflix deletes movies from its streaming service when contracts expire, and November 2020 was no different.

The good news is that Netflix also had plenty of great drama movies to replace them. Here is our updated list of the best drama movies available on Netflix as of October 2020. Once you finish with this list, here are more new drama movies on Netflix: Gran Torino, Hunt for the Wilderpeople, and Stranger Than Fiction. 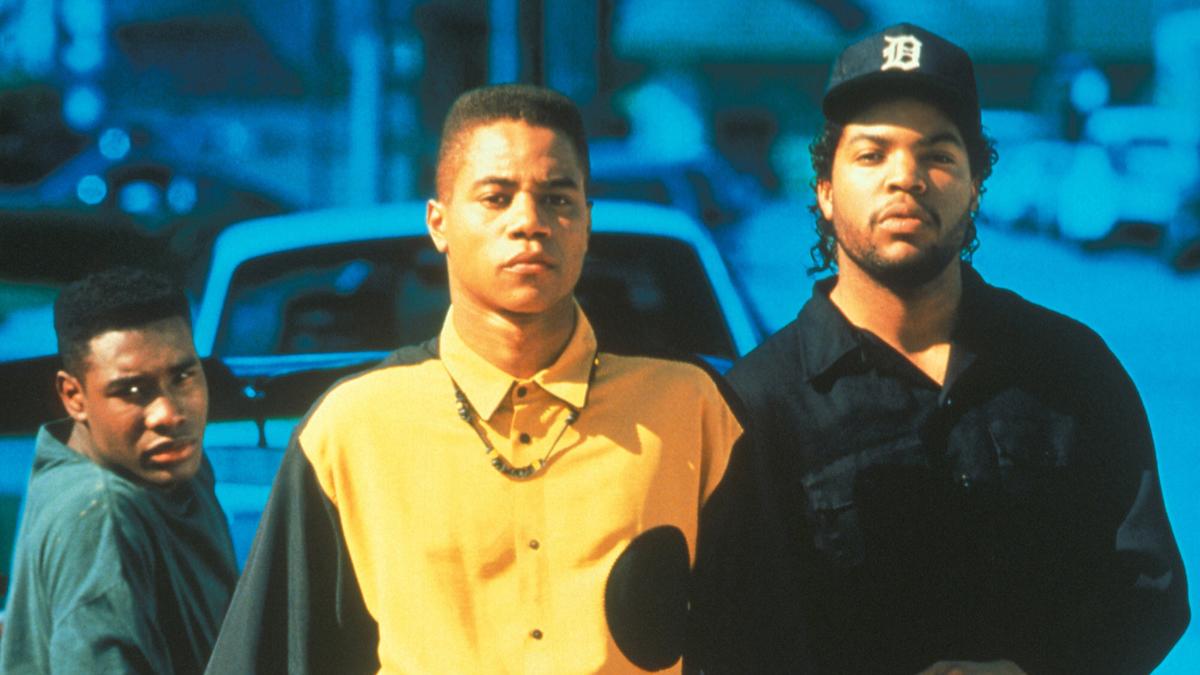 Boyz in the Hood was arguably one of the best debut movies of all-time. It was the directorial debut for the legendary John Singleton and the debut acting role for NWA member Ice Cube.

Singleton was the first African-American to ever receive an Oscar nomination for Best Director, as well as the youngest.

The movie is about a kid (Gooding) sent to live with his father (Laurence Fishburne) in South Central Los Angeles, where he then becomes part of the rising gang culture of the area.

In 2002, Boyz in the Hood was added to the United States Library of Congress as historically significant. 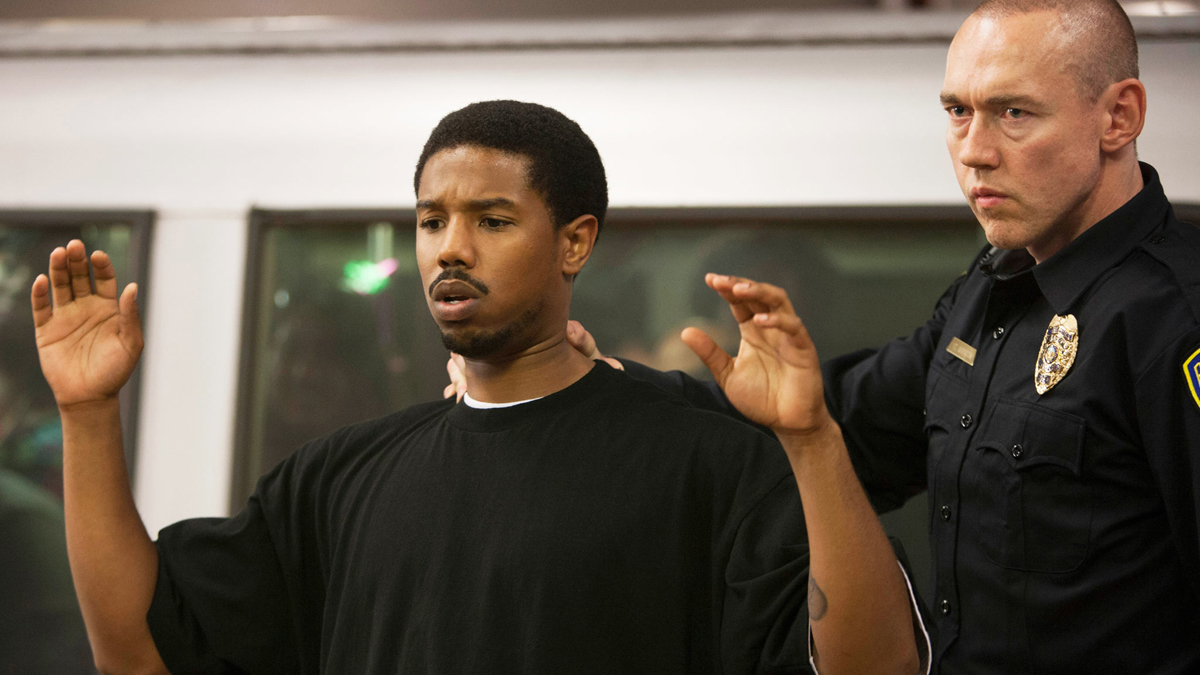 On November 12, the movie Fruitvale Station will hit Netflix.

Michael B. Jordan (Black Panther) stars in the movie as Oscar Grant, a real-life individual who was shot and killed by BART police officers in 2009.

Ryan Coogler, who also directed Black Panther, helmed the movie, which was his directorial debut. He won the Grandy Jury Prize at Sundance and won the Best First Film award at Cannes.

Kevin Durand and Chad Michael Murray portrayed the BART cops who were involved in the incident. The movie takes place over one day, the last of Oscar’s life. 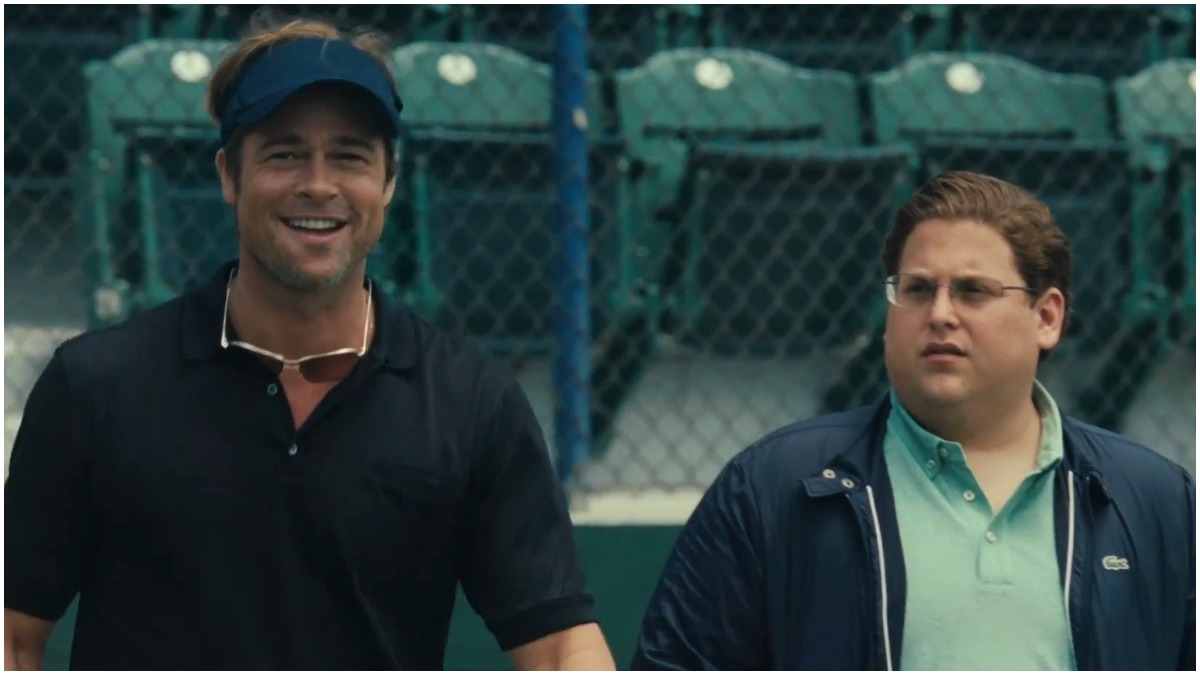 You need to wait until Oct. 14, but on that date, Moneyball is coming to Netflix.

The movie is a sports biography, but it is different than other sports movies as this is based on the book by Michael Lewis about the art of sabermetrics.

For those who don’t know, this is a new form of scouting players that only looks at numbers and tries to make a team based on predicted stats instead of choosing players based on personalities and chemistry.

This is the story of the Oakland A’s and head coach Billy Beane, played by Brad Pitt. 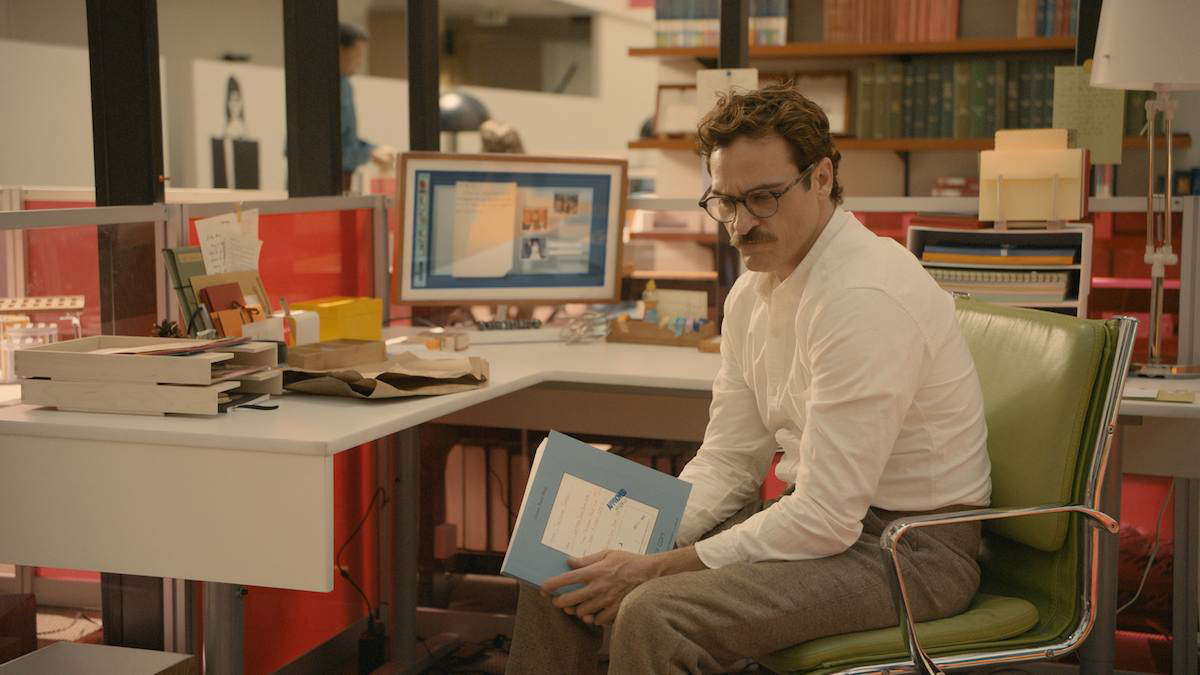 Spike Jonze has created some of the most unique and hip movies of the new century. In 2013, Jonze created his smallest yet brilliant film.

Joaquin Phoenix stars as a lonely man in a futuristic Los Angeles. He decides he will use a virtual assistant AI with a female voice (Scarlett Johansson), and she begins to help him with all his needs. 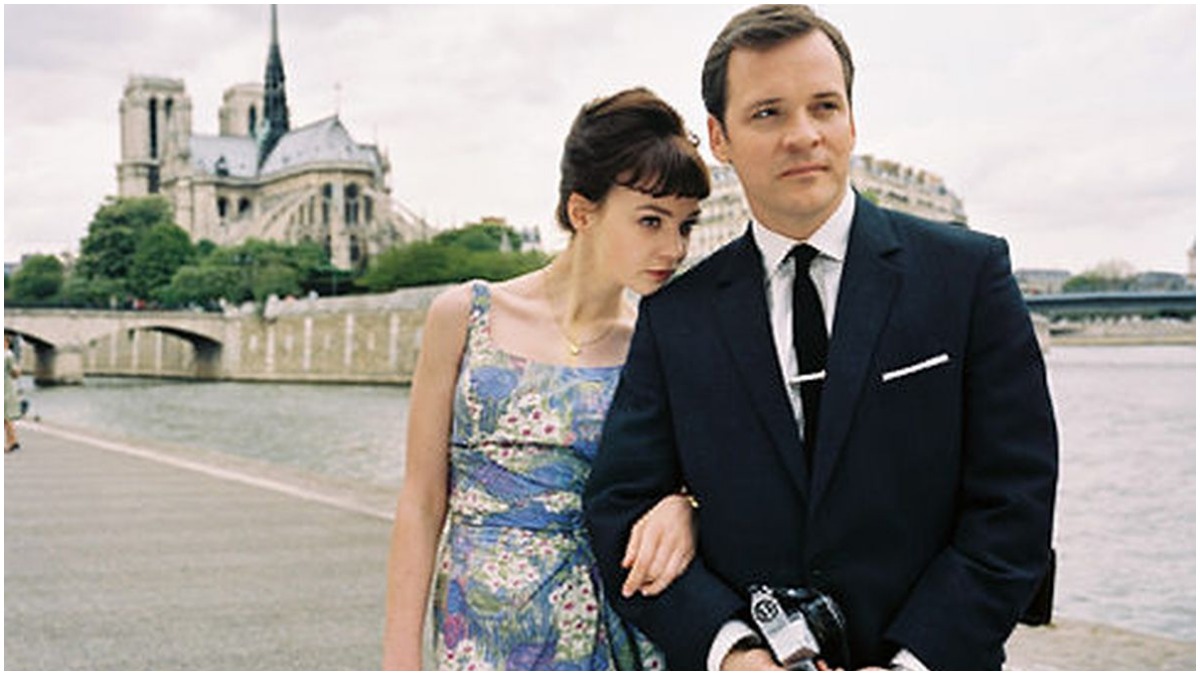 An Education was an Academy Award-nominated film from 2009.

Based on the memoir by British journalist Lynn Barber, the film has Carey Mulligan portraying a smart schoolgirl and Peter Sarsgaard as the con man who seduces her.

The movie was also a festival favorite, playing at Sundance, the Toronto International Film Festival, and Telluride by the Sea. The coming-of-age drama has an impressive 94-percent fresh rating on Rotten Tomatoes.

Eternal Sunshine of the Spotless Mind (2004) 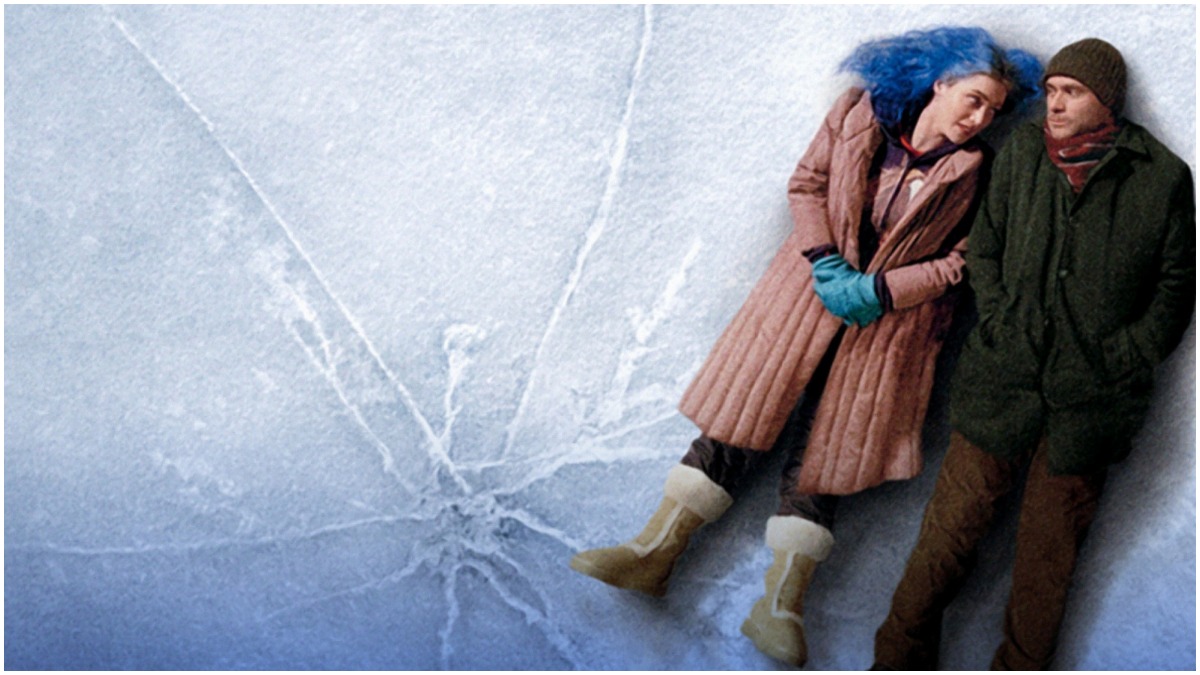 The best addition to Netflix in recent memory is the Michel Gondry masterpiece Eternal Sunshine of the Spotless Mind.

The film, written by the brilliant screenwriting mind of Charlie Kaufman, is the best movie of Jim Carey’s career and is one of the best movies of the last 20 years.

Carrey stars alongside Kate Winslet as a couple who lives in a world where a scientific device has been created that will allow people to erase memories from their minds to cut out the pain.

However, when Winslet’s character decides to remove Carrey’s character from her mind, he isn’t ready to let go. The movie is brilliant and has some of the most breathtaking visuals of any film in memory. 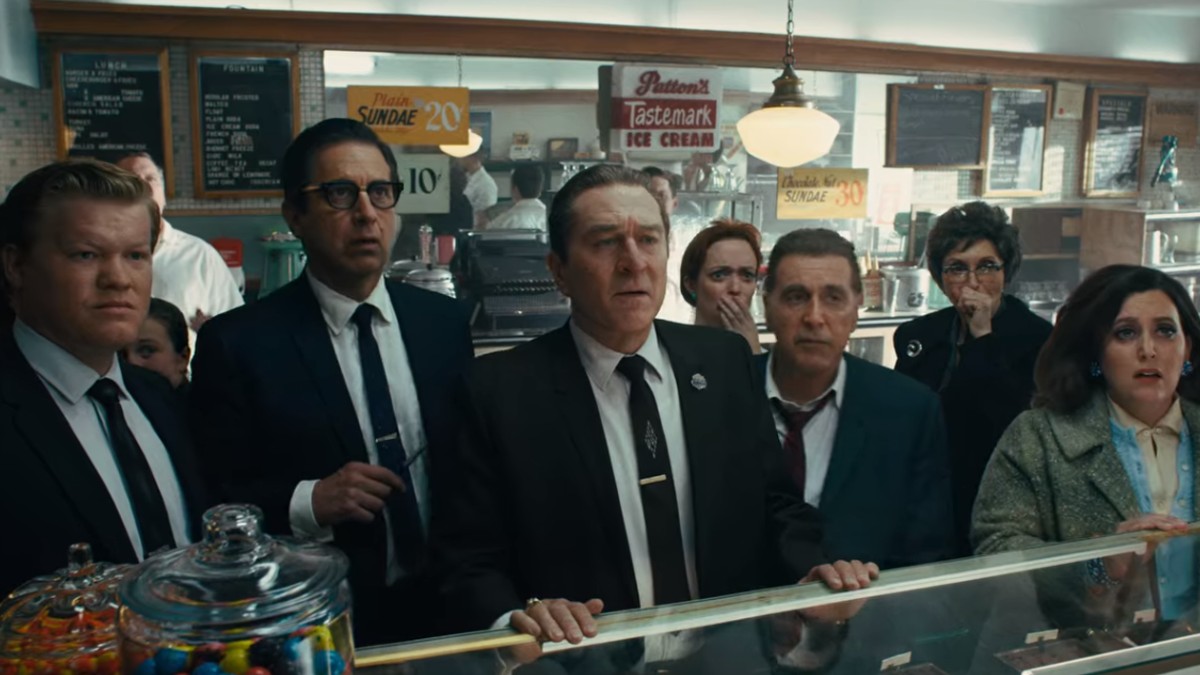 Martin Scorsese found it hard to get his latest mafia movie made, so he turned to Netflix. The streaming giant gave him the chance to make his movie and what resulted was The Irishman.

The film is a loose retelling of the story of a truck driver turned hitman named Frank Sheeran (De Niro) who worked for a crime family as well as Teamster boss Jimmy Hoffa (Pacino). 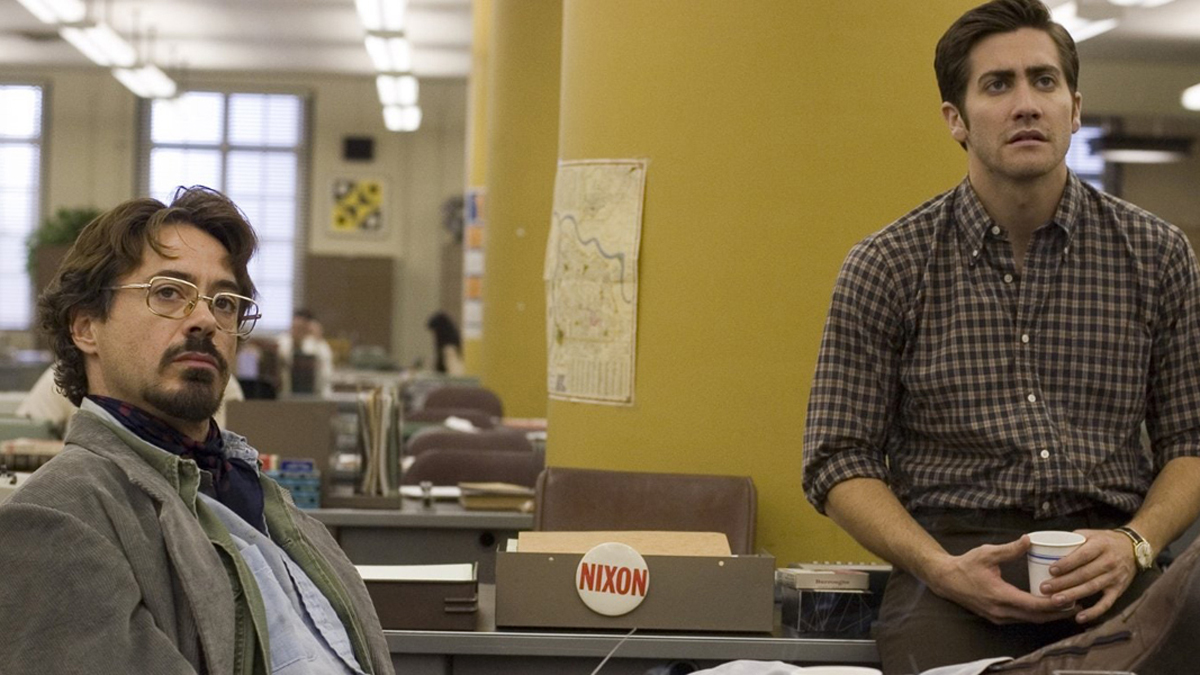 In 2007, David Fincher created a crime drama about the Zodiac Killer, a serial killer who was never caught in the ’70s.

The film follows two news reporters (Jake Gyllenhaal and Robert Downey Jr) and a police officer (Mark Ruffalo) who were all investigating the case of the murders.

The movie itself was based on the novel by Robert Graysmith, who is the character Gyleenhall portrayed in the film. His investigation and obsession with this case destroyed his home life and pushed him to the limit.

The film also supposes that Graysmith’s idea of who the Zodiac Killer was could have been accurate, even though no one was ever charged. 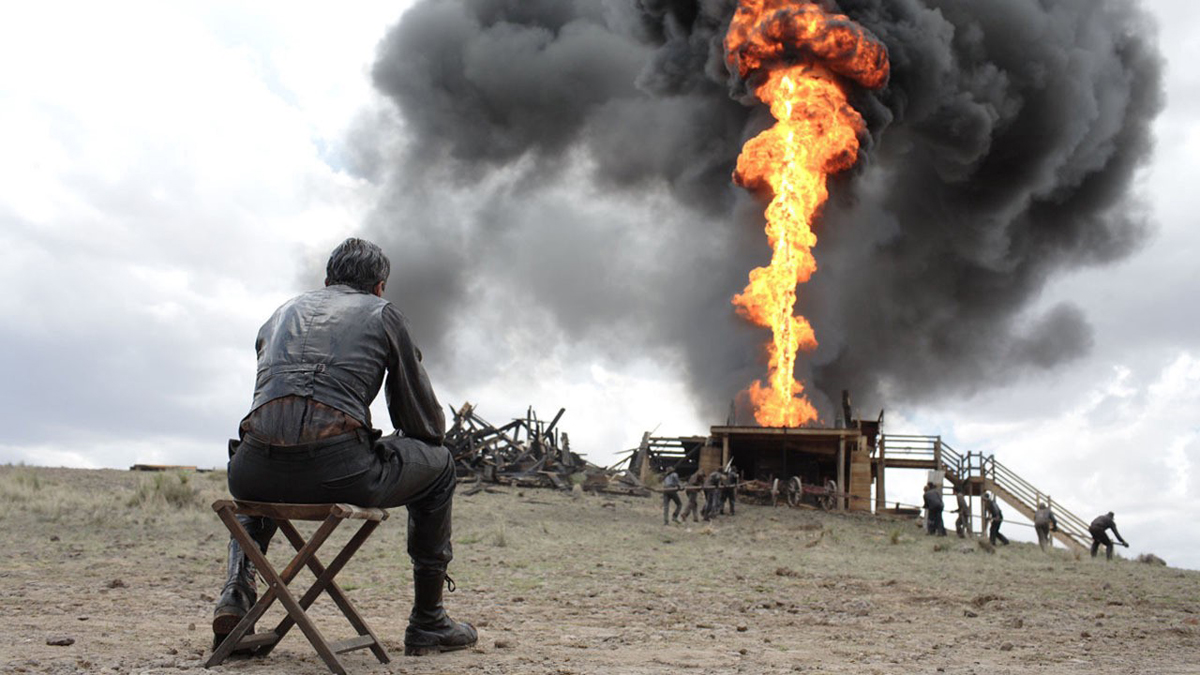 Paul Thomas Anderson has created some of the most breathtaking indie-style films of the last three decades, and There Will Be Blood might be his best.

Daniel Day-Lewis stars as Daniel Plainview, an oilman in this loose adaptation of Upton Sinclair’s Oil! In the film, Plainview is striking oil at the expense of towns that he leaves dead in his wake.

He ends up meeting a young evangelist named Eli (Paul Dano), who tries to stand in his way. What results is a battle of wills where one man must fall.

The film, which can be compared to classic horror movies like Dracula, picked up eight Oscar nominations with Day-Lewis winning for Best Actor. 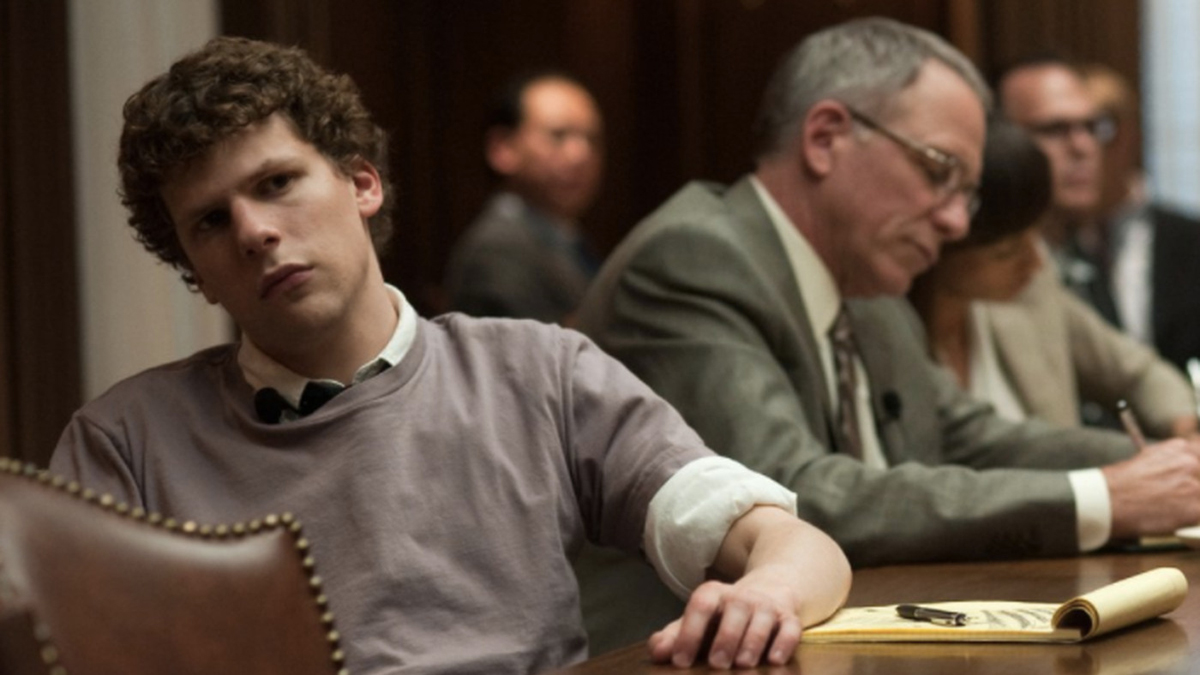 David Fincher returned in 2010 with another drama, this one based on the true story of the rise of Facebook.

Jesse Eisenberg stars as Mark Zuckerberg, the co-founder of Facebook, while Andrew Garfield stars as his partner Eduardo Saverin, the person who wrote the novel on which the film is based.

The drama movie, available to screen on Netflix right now, shows the rise of Facebook while Zuckerberg was a college student and tracks the legal problems when it grew into the top social network today.

The movie picked up eight Oscar nominations and won three of them, including one for Atticus Ross and Trent Reznor of Nine Inch Nails for the Best Original Score. 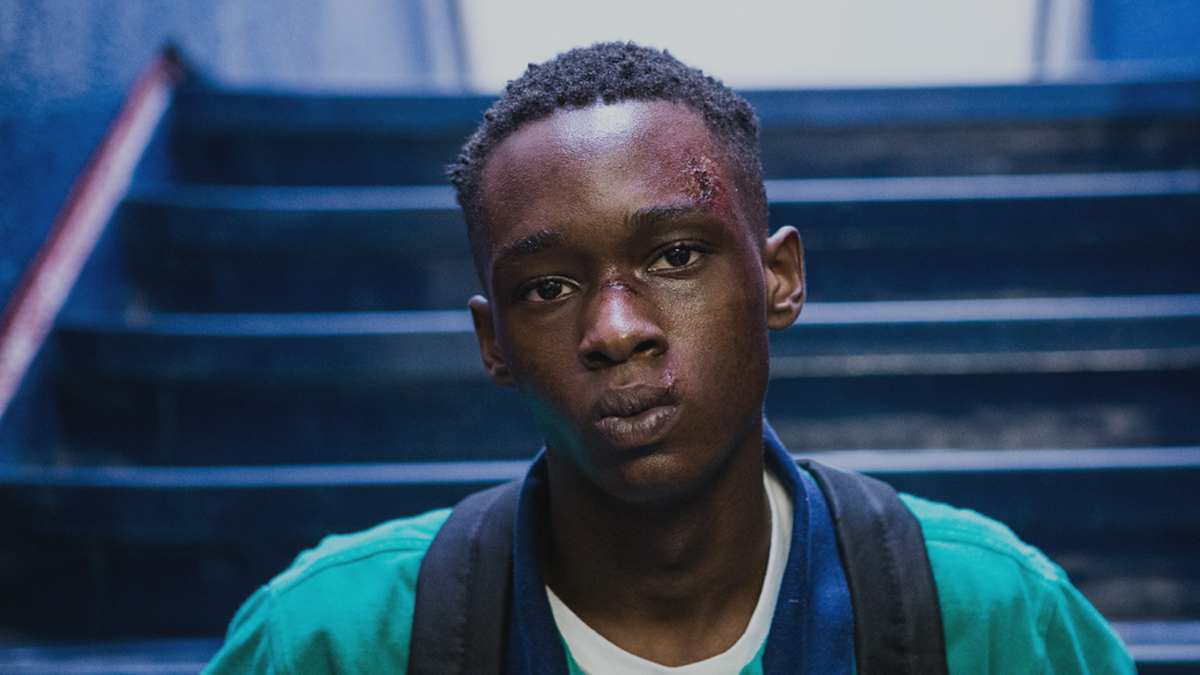 Released in 2016 and directed by Barry Jenkins, Moonlight is a coming-of-age drama based on a semiautobiographical play by Tarell Alvin McCraney.

The movie follows Chiron as a child, as a teenager, and as a young man as he tries to get through life.

Moonlight ended up winning an Oscar for Best Picture, and it was the first time that a film with an all-black cast won that award. It was also the first time a movie with LGBTQ themes won the award.

Mahershala Ali also walked out of the Oscars with the award for Best Supporting Actor. 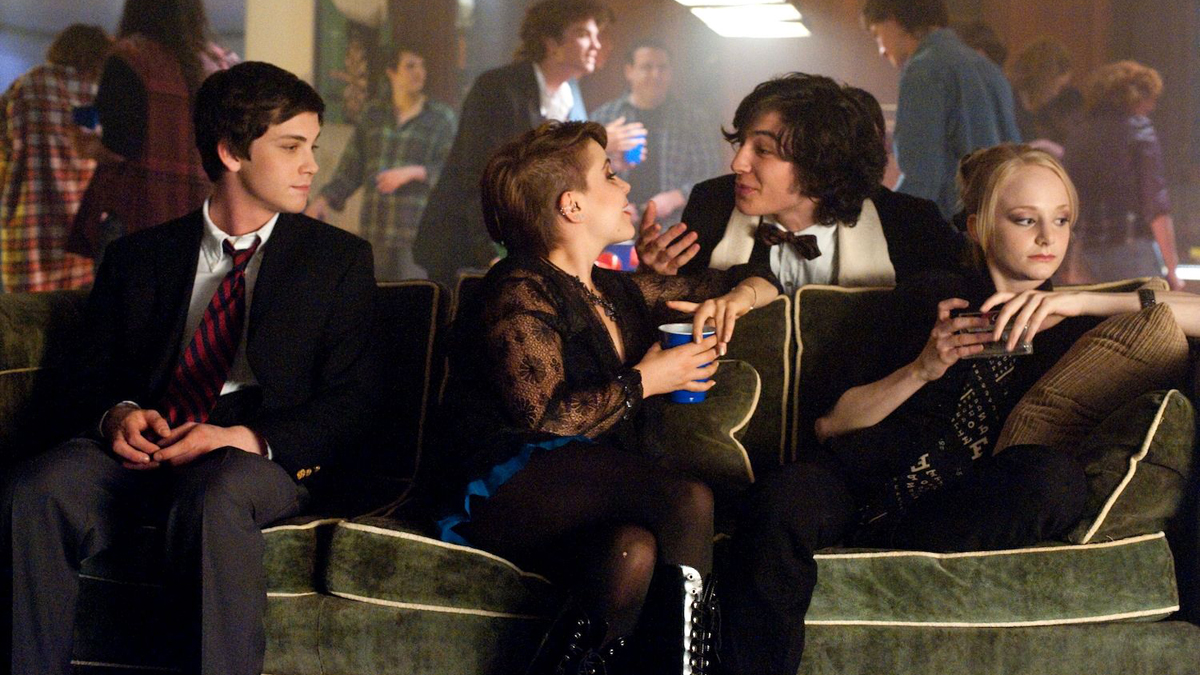 The Perks of Being a Wallflower was dismissed by many people as just another teen flick when it hit theaters in 2012, but it is so much more than that.

The movie, directed by Stephen Chbosky, who also wrote the novel it was based on, is about a young man with clinical depression who meets new friends and tries to come out of his shell.

Logan Lerman stars in the film with Emma Watson and Ezra Miller as his new friends, and the movie takes an unflinching look at clinical depression in teens and is a harrowing look at what can happen if people don’t listen to someone crying for help. 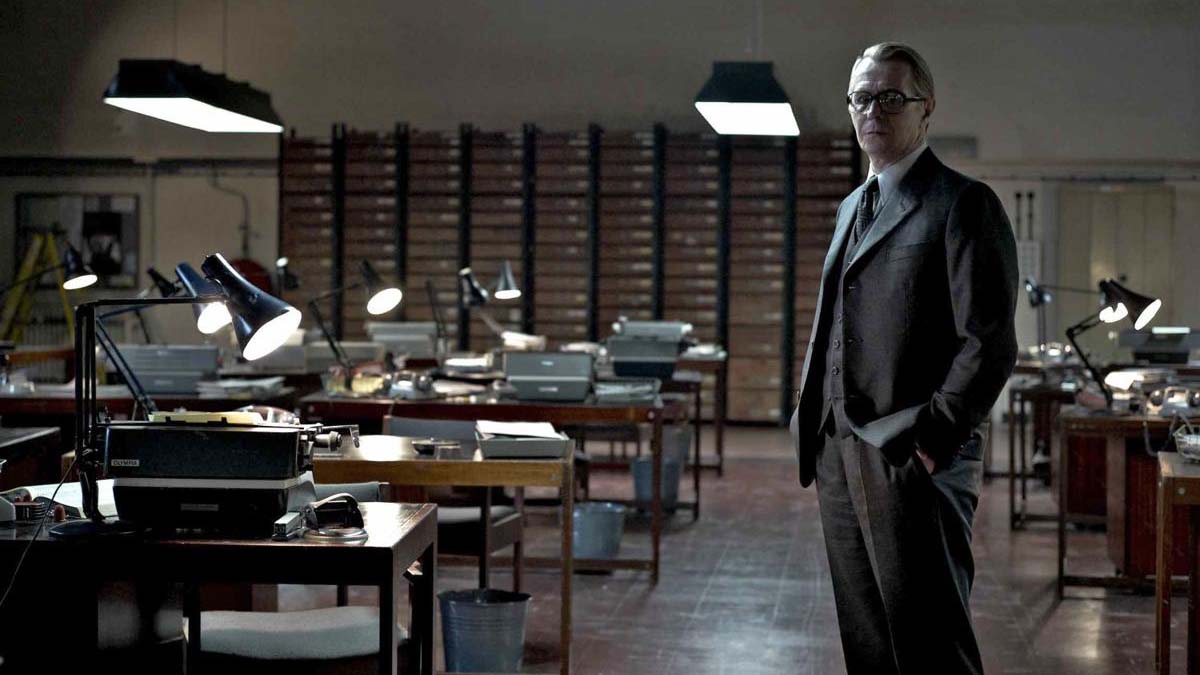 Released in 2011, Tinker Tailor Soldier Spy is one of the best, underrated spy movies made in the last decade.

Gary Oldman stars as George Smiley in this adaptation of the novel by Johe le Carre about a British Intelligence agency known as The Circus that might have a mole in its ranks. 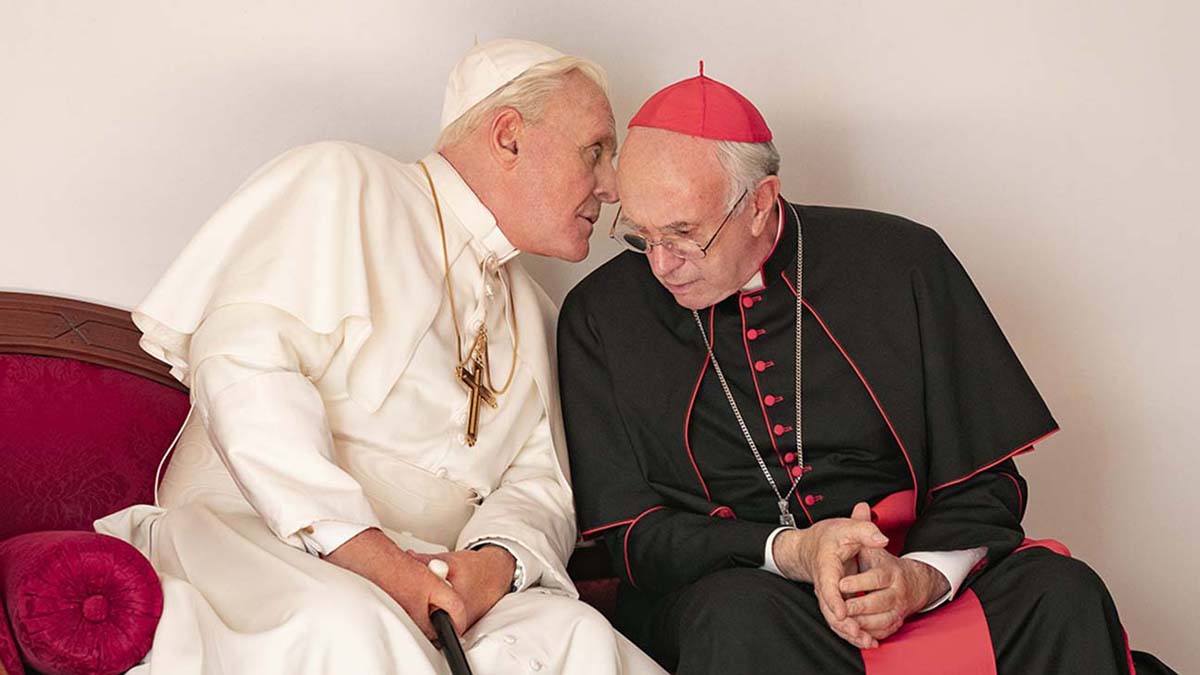 A second Netflix produced movie from 2019 that was released theatrically for award consideration was The Two Popes.

In the film, Pope Benedict tries to convince the Cardinal to resign his archbishop duties and admits himself that he is ready to abdicate the papacy.

Both Hopkins and Pryce picked up Oscar and Golden Globe nominations, but the drama film failed to win any significant awards. 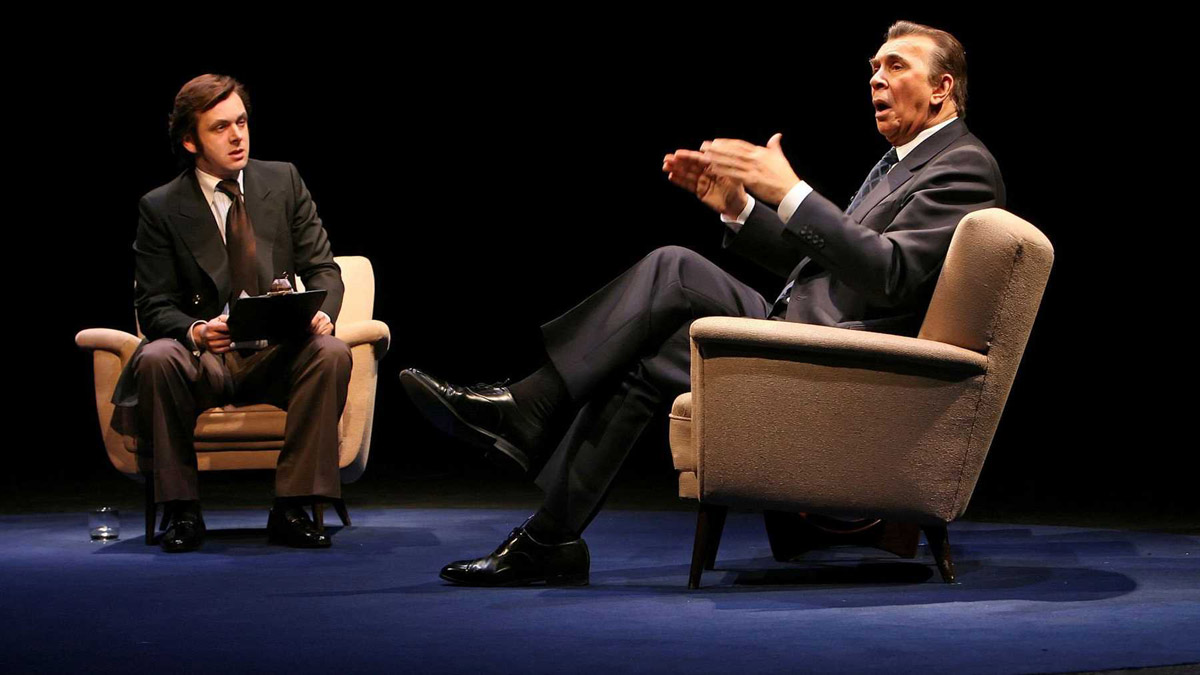 Frost/Nixon is a drama movie based on the play by the same name by Peter Morgan.

Ron Howard directs the film, making it look very much like a stageplay.

The film picked up five Oscar nominations, including one for Best Motion Picture, but failed to win any of them.