A writer slaughters her online nemeses in this low-stakes serial killer movie from the Netherlands. 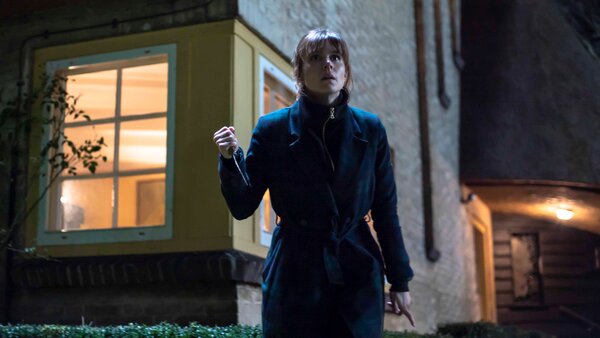 A writer is thrown into the cyber snake pit when her op-ed criticizing Black Pete — a traditional Dutch Christmas character who typically appears in blackface — is published. Suddenly, swarms of disinhibited men inundate her Twitter account with death threats and misogynist nastiness. Oh, to be a woman online.

In “The Columnist,” a glossy and intentionally ridiculous psycho-thriller, the writer, Femke Boot (Katja Herbers), refuses to let the haters bring her down. She makes sure of that by becoming a literal troll hunter who spends her evenings stylishly executing unkempt dudes.

The director Ivo van Aart gets to the carnage quickly. Femke tips a neighbor off his roof when she discovers his toxic online presence, then slices off one of his fingers — the first in her soon abundant collection.

At the same time, Femke’s daughter (Claire Porro) wages war against her school administrators in the name of free speech. Steven Death (Bram van der Kelen), a surprisingly down-to-earth horror novelist with kohl-rimmed eyes, finds his way into Femke’s bed. His bad-boy public persona helps boost his book sales, but in private he’s a sweetheart and a keeper.

These elements have something to say about the trickiness of navigating social media, but they’re not meaningfully explored so much as sprinkled on amid Steven’s unheeded instructions to never read the comments.

The complexities of Femke’s mental state are sidelined to make room for more gleeful brutality and violent spectacle, flattening her character into a kind of homicidal girlboss. That said, “The Columnist” doesn’t seem to care about making a cogent statement about feminist revenge or online culture. Perhaps it just needed an excuse to carry out its bloody high jinks, which are decent fun in their own right.

The Columnist
Not rated. In Dutch, with subtitles. Running time: 1 hour 26 minutes. Rent or buy on Google Play, FandangoNow and other streaming platforms and pay TV operators.