“It’s hard for us to necessarily see the way we look from the inside,” Antonio Campos says of film starring Tom Holland and Robert Pattinson 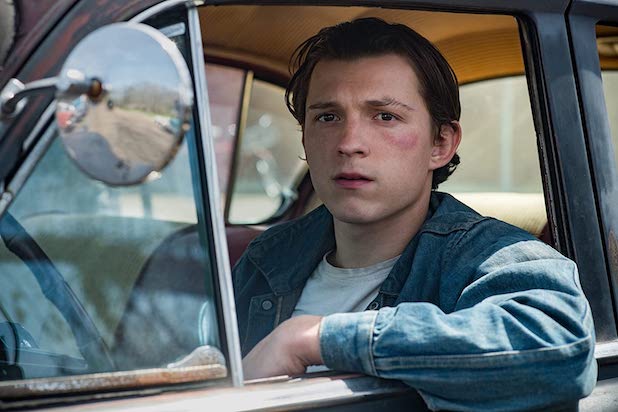 The cast that director Antonio Campos had to work with on his film “The Devil All The Time” is staggering, including Tom Holland, Robert Pattinson, Mia Wasikowska, Bill Skarsgård, Sebastian Stan and more. But while many of them live oceans apart from the small town where his film is set, Campos says they each brought a distinct outsider’s perspective to the seedy side of American society.

In fact, though the characters in “The Devil All The Time” are all meant to be inhabitants of Knockemstiff, Ohio, the film features at least three Brits (Holland, Pattinson, Harry Melling), several Aussies (Wasikowska, Jason Clarke, Eliza Scanlen) and two other Europeans (Skarsgård and Stan). The film’s only Americans are Haley Bennett, Riley Keough and Pokey LaFarge.

Campos said that while the film’s supporting cast of extras is all made up of locals and he didn’t intentionally cast non-Americans, they still captured the authenticity in Donald Ray Pollock’s story.

“I do think that there’s something about the British, they’re particularly fascinated by Americana, and I think that in general, Europeans are fascinated by Americana,” Campos said in an interview with TheWrap. “It’s hard for us to necessarily see the way we look from the inside, so there’s something about the way that we look from outside that’s an interesting perspective to get and to bring to these characters that are so kind of homespun, American characters.”

“The Devil All The Time,” which premieres on Netflix on Friday, is what Campos calls a “Midwestern Gothic,” a combination of the Southern Gothic and hard-boiled fiction genres, or a blend of the stories of Flannery O’Connor with Jim Thompson. 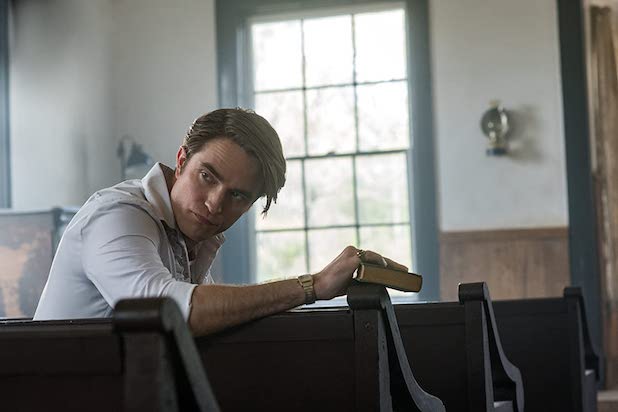 It’s a sprawling story of post-war Americana that Campos says is essentially how a father passes down his grief and trauma to his son and is now forced to live with it and move past it. Holland breaks free from his Peter Parker archetype with his gruff, more reserved performance, but he still battles a string of villains in his small town, all of whom are brought together into Holland’s orbit. Everyone from a showy exhibitionist, a pair of serial killers and a manipulative priest played by Pattinson are corrupted by their extreme shows of faith that lead them to deceit, abuse and murder in their search for God.

“Each one of them is trying to find purpose, to connect with this thing, this force, this power that’s beyond them, because they’re looking for some explanation for why things are the way they are. They’re looking for guidance,” Campos said. “The story is about people that are believers and people who are believers to an extreme. And in that story, in that world, there are characters that offer a more balanced relationship.”

Campos says all of his films and his series “The Sinner” have in some way been “existential meditations” but in different worlds. He explains that he still wrestles with his faith and is continually drawn to stories in which religion is tied up with the characters’ trauma.

But Campos ultimately trusted that he could get the authenticity out of his mainly international cast because the source material for “The Devil All The Time” by author Donald Ray Pollock was so rich. Though Pollock rarely records audiobooks of his work, he agreed to lend his deep, solemn voice as the film’s narrator. And because Pollock himself was born in Knockemstiff and still lives in the region, he knew his voice would help make the narrative feel real.

“There was no Plan B for me, I was so nervous to ask him, and I couldn’t imagine anyone else doing it, and it was written with his voice in mind,” Campos said. “There is just a familiarity and authenticity that is ingrained in this material and these characfters that then translated to the script and then has translated to screen I think. I think it’s great to have this outside perspective that these foreign actors bring, but it’s great when it’s paired with material that is very in tuned with the world that it’s creating.”

“The Devil All The Time” debuts on Netflix on Wednesday.