Every year for the past three decades, Michael Winterbottom has made a movie. Britain’s most mercurial director may have hopped between genres like a frog on a bouncy castle, but he has stuck to a strict schedule – inspired, apparently, by the subject of his first film, Ingmar Bergman. (Bergman only agreed to the documentary because he was so tickled by the then 25-year-old’s surname. “It’s the one time it’s been a help,” says Winterbottom. “As a child, it wasn’t the easiest.”)

Now, abruptly, that routine has changed. Winterbottom is on sabbatical. To recover, it turns out, from the past six months, spent unsuccessfully haggling over the final cut of his latest film.

Greed is a boisterous satire largely set during the lavish 60th birthday party in Mykonos (Coldplay, newly built amphitheatre, lion) of a British fashion mogul with deep tan and alarming teeth, based heavily on Philip Green. Steve Coogan stars; David Mitchell plays a journalist roped into writing his biography, who travels to the far east to tour the factories which manufacture the clothes that have made his subject so rich.

The original version of the film ended with a series of cards spelling out how real life is yet more grotesque than fiction. How workers in Myanmar and Bangladesh earn $3.60 and $2.84 a day making clothes for British high street brands, while H&M’s owner, Stefan Persson, is worth around $18bn and Zara’s owner, Amancio Ortega, $67bn.

At the first test screening in March, reports Winterbottom, these cards were a big hit. “People didn’t find the message annoying, they loved it. But, unfortunately, we were told we couldn’t put them in the film.”

This was the decree, he says, of Laine Kline, head of Sony Pictures International, which co-financed Greed with Film4 and is distributing it worldwide. “He was like: I don’t care it’s the most popular bit. We’re not going to have mention of individual brands in those cards or individual billionaires. Because we’re worried about the potential damage to Sony’s corporate relations with these brands.”

Winterbottom took note. Replacement cards were made and test-screened. These, too, he says, went down well with everyone except Kline. The director dug his heels in, but he was standing on quicksand: the final say rested not, as he imagined, with himself, or with frequent collaborator Film4, but entirely with Sony. 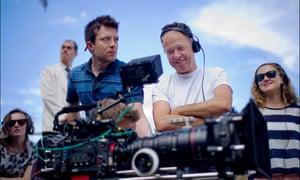 Winterbottom does not appear an especially angry man. We meet a couple of times, once at the Guardian offices, where he could easily pass for a foreign editor, and once for coffee, near his home. In fact, for 58, Winterbottom is quite mumbly, self-effacing and averse to talking personally – not just about his private life (he lives with his producer, Melissa Parmenter, and their eight-year-old son, Jack; he also has two daughters, Ruth and Anna, from a previous marriage), but his own ethical negotiations (he eventually tells me his trousers are from sustainable tailor Oliver Spencer). He’s also relaxed, fast to laugh – and evidently livid within.

Does he regret not tooth-combing the paperwork? “As a director, I don’t really get too bogged down in legal contracts. Obviously, on reflection, it would have been good to know.

“But I did a film 20 years ago, structured the exact same way, in which Film4 split the finance 50/50 with Miramax, when Harvey Weinstein was at his most bullish. At that point Film4 seemed to have as much say and clout determining the content as Miramax. But in this case it was just like: well, sorry, we don’t agree with Sony, but you’ve got to take the credits out.”

Sony declines to comment, but Film4’s defence rests on the reminder that Winterbottom signed an agreement which “stated that if any creative or business discussions reached a deadlock, Sony’s view would prevail. Editorial discussions between partners are part and parcel of independent film-making and usually resolved in the cutting room. Film4 always back our film-makers and are very proud of the finished film of Greed.” 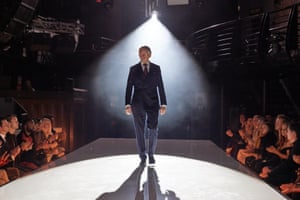 Still, there’s a troubling muddle here. It’s true that the original script of Greed did not detail the content of these end cards, instead saying it would “go to a documentary sequence”. “We talked about it,” says Winterbottom, “but hadn’t actually written down the facts and figures because they always change.”

And the entire pitch of the film is an upfront exposé of wealth inequality that does name and shame real-life brand owners in a scene which was in the original script, when Coogan’s character appears before a select committee.

Winterbottom has a platform to hammer home the facts: last month he read many of them out on stage after the film’s Toronto premiere – attended, of course, by studio bigwigs. “No one died of shock,” he says. “No one is going to be, like: ‘Oh my God, Sony is releasing a film that mentions the fact Ortega is worth $60bn.’ It’s just public knowledge. In fact, it shows he’s been a success.”

So why whistleblow? Does he think Sony might reconsider? “Well, that would be good. The impact of the film was bigger when we were being more specific, more dynamic, more impactful, more clear. But I’m not expecting them to.”

I think Winterbottom feels compelled to spill the beans because what happened so offends his sense of justice. On principle, he says, a publicly owned and funded British company shouldn’t sign over control of a British story to a multinational.

He’s also exercised about what he sees as a betrayal of the tax credit system set up in 2007 to enable Film4, BBC Films and the BFI to support British independent film-makers. In the case of Greed, half those benefits have gone to Sony. “That seems to me to be wrong.” 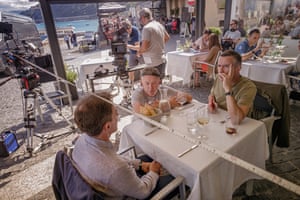 The consistent beat in Winterbottom’s career – louder even than sex or pop or celebrity – is iconoclasm: banging the drum for the man morally wronged by an institution. It just so happens this is the first time he feels it’s happened to him.

Born in Blackburn in 1961, Winterbottom’s mother was a teacher, his father a draftsman in the factory where A Kind of Loving was shot. After university, he worked as an assistant for Lindsay Anderson (whose memoirs describe him as “attractively cherubic”). His debut proper was Butterfly Kiss, about lesbian serial killers on the M6, and accepted by the Berlin film festival – which gave him its top prize in 2003 for refugee docodrama In This World.

These days, the main question he says he’s asked at festivals is when the next Trip is out. Six months after finishing Greed, Coogan and Winterbottom returned to Greece to shoot a fourth instalment of the comedy in which Coogan and Rob Brydon irritate each other over tasting menus. Winterbottom tells me gleefully about a scene involving the same real-life refugee who features in Greed (as a troublesome blight on the beach), and who, in The Trip to Greece, Coogan apparently fails to recognise.

Our compartmentalisation of the plight of migrants mirrors our failure to engage with the realities of fast fashion, Winterbottom thinks. Both situations are solvable only by systemic change, but that shouldn’t stop individual protest.

“With refugees, it’s a collective failure because government represents us. My mother had refugees and evacuees in her house during the second world war. Back then we assumed solidarity with people fleeing war. We would have never have said: let’s not even rescue these people, let’s let them drown. But we’ve become a more selfish and atomised society and that’s affected our sense of solidarity.”

Because we’re self-obsessed? Nope: market ideology has infected our psyche. “Everything’s become more financialised; it’s all about how much cash you have.”

Even those with plenty of it – plus social conscience to burn – can’t help themselves, he says. “I’ve met lots of very serious actors who are endorsing a watch. I find it a bit baffling. They don’t need a free watch but they still want one. They see themselves as a brand, supporting another brand.”

A clutch of celebrities – Colin Firth, Keira Knightley, Stephen Fry – give meta-cameos in Greed, paying grisly lip service to Coogan’s mogul. This, says Winterbottom, was to highlight the symbiosis between the famous and the filthy rich; the glamour bestowed by association and the confusion this creates for the consumer, who’ll think of an A-lister when buying a frock, rather than the woman in the mud hut who made it. (Winterbottom mutters darkly about the “female empowerment” message of Beyoncé’s Topshop range – which she pulled after the allegations Green behaved inappropriately to his staff.) 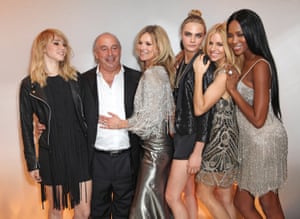 Such stars were no more let off the hook in Greed’s first cut than Persson or Ortega. Those pesky end captions, it emerges, also “originally pointed out that people like Beyoncé and Stevie Wonder, Robbie Williams, Tom Jones, Jennifer Lopez and Destiny’s Child have all been happy to take cash to go and play at Philip Green’s parties”. Guests, Winterbottom reminds me, have included Kate Moss, Naomi Campbell, Gwyneth Paltrow and that beacon of eco-consciousness, Leonardo DiCaprio.

Sony, unsurprisingly, said no to those too. Its refusal, says Winterbottom, fatally blunts a tale he made for its sting: “You want to make people feel angry and frustrated and to want change.”

He zips up his cardie and heads back to his sabbatical, unfussed by the bridges burning behind him.

• Greed opens in the UK in February; its European premiere is on 8 October at the London film festival.