In “Tár,” “Showing Up” and other selections, the annual event makes the case for big-screen aesthetics and large-scale ambitions. 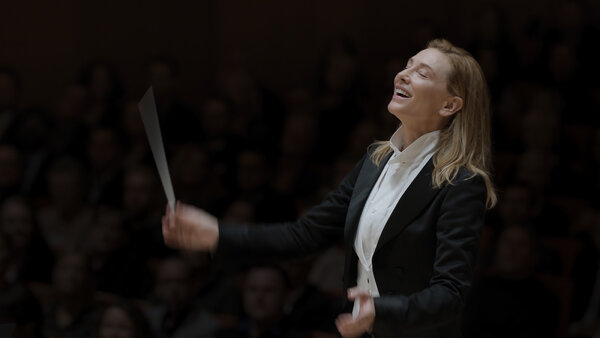 At 60, the New York Film Festival finds itself in a handsome middle age, wise and vigorous with nothing that it needs to prove. The last few years were challenging — the pandemic was hard on arts organizations that depend on in-person audiences — and the world has changed in ways that might cause an institution that was born in the ’60s to feel out of step or past its prime.

But the festival, which opens Friday at Lincoln Center, has remained relevant by staying more or less the same. According to the film historian Tino Balio, the festival at the time of its founding “served a cultural purpose by presenting the latest developments in international filmmaking, many of which would probably never have been shown publicly in New York.” It also served “as a pre-release showcase for films that had previously been acquired by lower-tier distributors. Only a small percentage of the festival presentations were predestined for commercial release, and only a few succeeded at the box office.”

That sounds like a somber analysis, but it’s actually a mission statement. And even though much has changed over the decades — some of those “lower-tier distributors” were replaced by studio specialty divisions, and then by streaming platforms — the mission has remained admirably constant. Yes, there have been concessions to popularity, to the news media and to the Oscar race, and special showings of commercially thirsty releases, but the festival stands on the confident assertion that film is art.

In 1963, its inaugural year, that could sound like a fairly radical proposition, and it’s still one that needs to be defended against pseudo-populist accusations of snobbery. The more interesting arguments, though, are the ones that follow from that proposition. What kind of art? For whom? For what?

As it happens, several selections this year are preoccupied with those questions, not with respect to cinema, but in the more rarefied worlds of classical music and visual art. Todd Field’s “Tár” and Kelly Reichardt’s “Showing Up” are miles apart in mood and setting — rage in Berlin; ennui in Oregon — but when viewed in the kind of serendipitous juxtaposition that a film festival invites, they look like two sides of a coin.

Each is the portrait of an artist in a period of existential crisis. In “Tár,” Cate Blanchett plays a world-famous conductor embroiled in a #MeToo drama of her own making. Rather than recycle the stale question of whether we can separate the artist from the art — the culture of modern celebrity and the orchestral tradition of maestro worship make that impossible — Field and Blanchett ask us to ponder the connections between aesthetic passion, creative ambition and the predatory exercise of power.